“If you want to know that [Keem] is a man, just snatch away his phone and run,” taunted an Internet troll under Keem Love Black’s new profile picture on Facebook. As a transgender woman living in Uganda, Black is no stranger to the homophobia and transphobia that the LGBT community receives in the East African country. The outspoken transgender activist’s huge following on social media has made her a particular target for abuse, but she says her huge platform has given her the ability to better fight for transgender rights and organize to help her community. 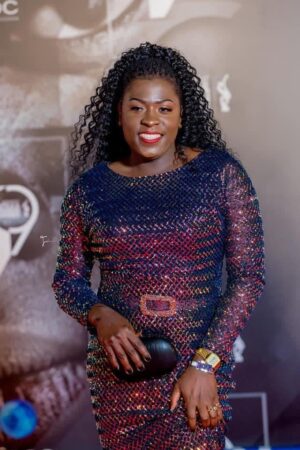 “There is a lot of cyberbullying,” Black says. People often attack her for posting pictures of her in dresses and makeup.

“I have been persistent on social media because I wanted to tell the world about transgender issues,” she says.

Trolling is one target of Black’s social media activism. The online abuse mirrors the violence most transgender women experience in Uganda at the hands of their partners and even health-care providers. The marginalization has created myriad issues for transgender people in the country.

And Black isn’t just an online activist. She runs Trans Positives Uganda, a community organization that cares for transgender women sex workers and refugees who are living with HIV.

HIV disproportionately affects female sex workers and transgender women. The 2020 Global AIDS Update reports that in eight sub-Saharan countries nearly one in three transgender women said they had been physically attacked and 28 percent had been raped.

It is not only sexual violence that Black relates, but also intimate partner violence.

“Our boyfriends really violate us,” she says.

She adds that transgender sex workers often meet the same fate at the hands of clients. However, while she believes that violence against transgender women needs to be addressed, the criminalization of LGBT people and sex work in Uganda stops survivors from speaking out.

“Sex work is illegal and our kind of sex is very, very illegal. You might end up getting arrested,” she says.

The stigma and discrimination often follows transgender people to consulting rooms at health facilities, where, while seeking treatment, they can be degraded and shamed.

When Black lost an HIV-positive transgender friend to medical negligence in 2013, it was the final straw. Her friend was classified as a gay man, resulting in her not accessing health care that could have saved her life.

“I was like, ‘Okay, I have to start a campaign on social media,’ because people only knew about lesbians and gays,” Black says.

Following her success with Facebook, Black is expanding onto other social media platforms.

“I am starting to use my Instagram page to advocate and sensitize people on transgender and health issues. I have noticed that social media is strong for advocacy,” she says.

In the last year, COVID-19 lockdowns had a big effect on women and girls and key populations who are affected by HIV. Sex workers, transgender men and women, people who use drugs, and gay men lost livelihoods, faced violence and often are scapegoated as the transmitters of COVID-19.

“We are still suffering as sex workers who used to get clients from bars and clubs. The president hasn’t decided when bars will officially open yet,” she says. “During the lockdown we were all depressed; it came as a shock to us and we were not prepared at all. Some of us had a few savings, others didn’t have anything.” 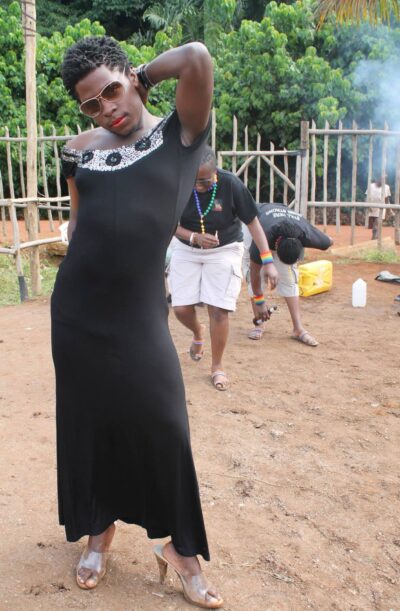 Black says people living with HIV faced many challenges in obtaining their treatment as public transport had stopped. “Many people stopped taking their HIV treatment,” she observes.

As with many communities across Eastern and Southern Africa, the transgender sex worker community has displayed remarkable resilience in the face of adversity, somehow surviving the loss of livelihoods and food insecurity.

Without any formal financial support, Trans Positives Uganda teamed up with a sex-worker-led organization called Lady Mermaids to start a GoFundMe page and raised more than €5000 to buy and supply food to their members.

“Now that the lockdown has been eased, we are slowly getting back on our feet,” Black says.

Through it all, Black keeps it playful and often laughs at her naysayers. However, the memes on social media are not just fun and games for her.

“Activism happens in many ways,” she says. 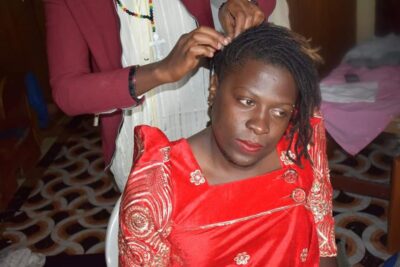