The suspension of Twitter in Nigeria has had a negative effect on the Nigerian LGBT community, as Twitter was one of the few mass platforms where queer Nigerians could express themselves openly.

On June 4, the federal government of Nigeria announced it was suspending Twitter indefinitely after the micro-blogging media deleted a tweet by President Muhammadu Buhari in which he threatened separatist agitators from the southeastern part of the country. Twitter considered the tweet a violation of its “abusive behaviour policy,” removed the post, and suspended the 78-year-old leader’s account for 12 hours.

The government’s move to block access to Twitter from Nigeria has shut out an estimated 40 million users in the country.

While Nigeria is one of the most hostile countries against LGBTI people, Twitter has offered this endangered community a safer space to organize and express themselves. Many LGBTI Nigerians on Twitter boldly express their sexuality and display the rainbow flag and other queer-suggesting images. For many, it is one of the few places where they can connect openly with like-minds and feel a sense of belongingness.

LGBTI Nigerians have also used the platform for anti-homophobic campaigns in the country. During last year’s EndSARS protests against police, in which demonstrations brought an end to the Special Anti-Robbery Squad (SARS) that was notorious for brutality and extra-judicial killings, especially against youth, queer Nigerians seized the momentum by using hashtags like #QueerNigerianLivesMatter.

“Every single large protest, every single large spin-off of activism from women that we have seen offline, started on Twitter,” says one queer Nigerian activist in an interview with 76crimes.

With the ban in place, the little progress made in Nigeria’s LGBTI movement has suffered a huge setback. Though many are still accessing Twitter via virtual private networks (VPNs), the option comes with various downsides, which place a great limitation on the community’s media outreach.

“Because Twitter has been banned, this means that level of larger impact is going to be low because not everyone can afford a VPN, and VPNs are not even sustainable,” says the activist.

Another challenge with VPNs is that users’ locations are scattered across the world, making it difficult to reach the target audience as their displayed virtual location may not be real.

Reactions from the International Community

Many Western nations have condemned the blocking of Twitter and called for a reversal of the government’s action.

The Biden administration “condemns the ongoing suspension of Twitter by the Nigerian government and subsequent threats to arrest and prosecute Nigerians who use Twitter,” the US Department of State said in a statement.

Similarly, the diplomatic mission for the UK, US, EU, Canada and Ireland also issued a joint statement expressing their “disappointment” over the shutdown, noting the importance of “free expression and access to information as a pillar of democracy.” 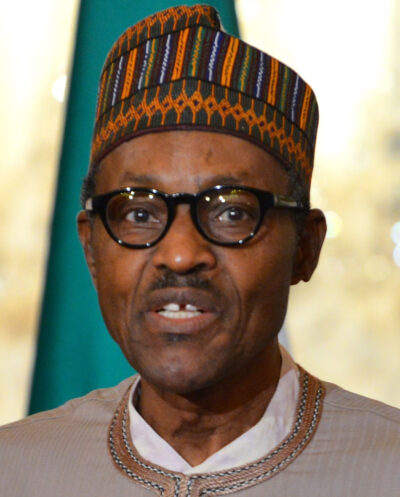 Nigeria President Muhammadu Buhari. Will he unblock Twitter? (Photo by US Dept of State via Wikimedia Commons)

Twitter plays a major role in the Nigerian economy and blocking it may worsen or prolong the current economic downturn. Many small and medium-sized enterprises use the platform to promote their brands, as do large organizations that use Twitter to reach customers and advertise job openings. Twitter has also been used in raising treatment funds for the sick, calling ambulances, and locating missing persons.

Reports from the government and Twitter suggest that both parties will soon commence talks to resolve the issue. A quick resolution of the faceoff would bring a relief to many Nigerian users, including the LGBT community, who bear the burden of the shutdown.

The author of this article is a correspondent for Immigration News, a news organization affiliated with Immigration Advice Service, a leading UK immigration law firm that helps people migrate, settle, and acquire British citizenship. The author remains anonymous to avoid the potential for prosecution under the Nigerian law that provides for up to a 10-year sentence for supporting LGBTQ organizations.