Christian critics of singer Lil Nas X should realize that he speaks for millions of gay people, says the Rev. Jide Macaulay, the Nigerian-native gay activist Anglican priest currently based in London. 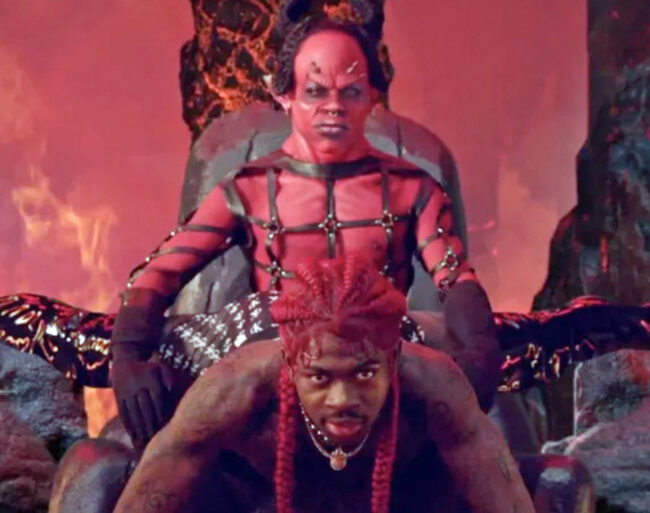 Lil Nas X in a scene from “Call Me By Your Name”.

Macaulay, who describes himself as a holy, happy homosexual, labeled Lil Nas X as his “favorite artist of all time right now, after Michael Jackson,” in an article in the Washington Blade.

These are excerpts from that article:

Lil Nas X on March 26 released a single titled “Call Me By Your Name” which garnered massive attention for both its musical mastery through a catchy hook and its depiction of Black queerness. The accompanying video further dramatized the story by drawing from Christian visual imagery of heaven and hell, and God and the Devil.

The song’s video features scenes of Lil Nas X in sensual form, including him giving a caricature of Satan a lap dance.

This particularly angered many religious groups, including Christian allies of the LGBTQ community who USA Today reported criticized the video for “going too far to prove a point.’” … 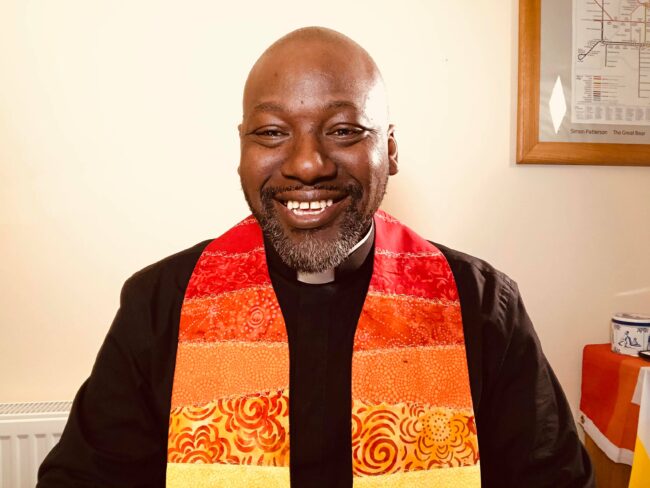 Macaulay has one thought at the forefront of his mind when he looks at “Call Me By Your Name”: The concept of hell is abusive and a form of scaremongering.

“The concept of hell is propaganda. It is almost fictional,” says Macaulay. “The idea that if you do something wrong you will go to hell, is wrong in and of itself. Homosexuality was never wrong. Homophobia is wrong.”

[In a followup discussion via Facebook Messenger, Macaulay cited several Bible passages telling of God’s inclusivity and loving knowledge of people before, during, and after their life on earth, starting with:

In addition, he cited:

Macaulay says that people should listen to Lil Nas X’s pain, and not rebuke him, because he speaks for millions of gay people.

“The reality is that when you tell people that they are going to hell, you are excommunicating them from living their own lives appropriately,” says Macaulay.

Macaulay nonetheless has a deep admiration for today’s younger generations, especially because they refuse to align themselves with the bigotry that ravages societal discourse about identity.

“I’m really glad for the young people that have stepped out. They are fighting back. They are the warriors and heroes saying, ‘Enough is enough. I’m proud, queer and African,’” says Macaulay. “I think that the sad reality for the Christian community is that they’re missing out on the gift and talents of the queer community [by being exclusive].”