By the hundreds, gay refugees travel north each year from West and Central Africa in search of the happiness that their home countries deny them because of their sexual orientation.

This is the story of two of those desperate refugees — young gay men from Cameroon who fled north last year, hoping to reach safety and acceptance in Europe. 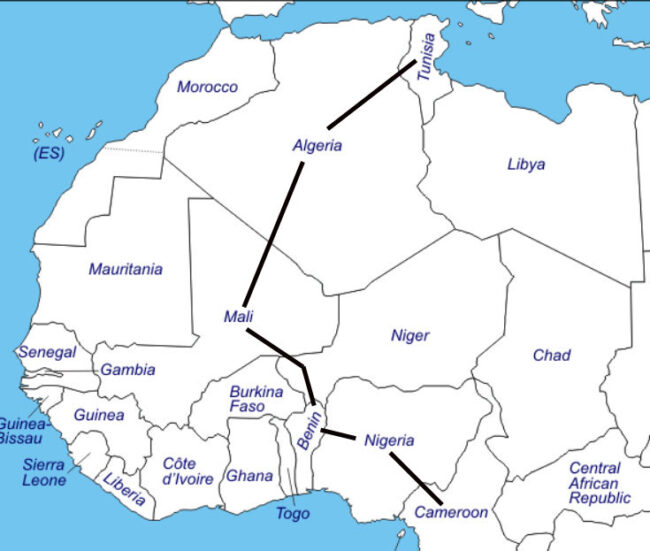 For Kyne (a pseudonym he needs for his safety), the decision to leave Cameroon came in 2019 when he was attacked by a homophobic crowd in a Douala marketplace. While he was shopping there, a vendor recognized him and called him a “faggot”. A crowd of shoppers surrounded him and threatened to strip him naked. Kyne pleaded for mercy and managed to escape from the mob that could have killed him.

LGBTI Cameroonians must always be on guard against such attacks. Activist organizations have compiled a report on 2,031 cases of violence and other human-rights violations against LGBTI people that occurred last year in Cameroon. Those incidents include physical and verbal abuse by family members, neighbors and police — all of it underpinned by Cameroonian laws that criminalize sexual relations between people of the same sex.

The nation’s homophobic environment excludes most LGBTI people from the general society and forces many into desperate circumstances — without a job, without skills, without a fixed income and often without a home.

That’s why so many choose to head north across the Sahara Desert, seeking an El Dorado in Europe. Without visa or passport, they travel armed only with their courage and determination to earn a living free from discrimination based on their sexual orientation, gender, gender identity or gender expression.

That was the dream that Kyne and his partner, Michel (another pseudonym), pursued. They applied for an official visa to travel to France, but were denied.

In preparation for their trip, they saved up nearly 400,000 CFA francs (about US $700). They tried to learn from people who had traveled north before them, but didn’t find out much.

In May 2020, they headed out, traveling by bus and by foot through Nigeria, Benin, Niger, Mali and Algeria. They spent about 300,000 CFA francs (around $540) on bus tickets. With no guide, they relied on what they knew ahead of time and on other LGBTI travelers that they met along the way. They often traveled in a group, but the dangers of the route took the lives of many of their fellow travelers, Kyne said. Highway robbers beat some of them to death for refusing to turn over their money. Some of their fellow refugees died of disease or starved after running out of money, Kyne said.

For female refugees, the trip was even more dangerous. They often were sexually abused, sometimes because they could not pay for their passage, sometimes simply out of lust. Some women were seized to be sold as slaves.

Men were also raped for not paying robbers who blocked the way. The robbers used rape as a way to intimidate the whole group into paying up.

Kyne and Michel narrowly escaped being kidnapped and were almost raped in Benin and Niger. At a roadblock set up by bandits, they were ordered to pay 100,000 CFA francs (about US $180) for their passage. They refused to pay, because they considered that price exorbitant. As a result, they were forced into a dark room where they were stripped naked and abused. After two days there, they managed to escape by taking advantage of a moment when the guards weren’t looking.

After about a week, they reached Tunisia, Kyne said. Now, more than a year later, they are still there, still looking for an opportunity to reach Europe.

Because Kyne and Michel had no official permission to travel to Tunisia, they are in hiding, with no papers authorizing them to work to earn money in order to continue their journey. To survive, they live in abandoned houses. To earn money for food,.they clean houses, wash cars and do other small jobs. 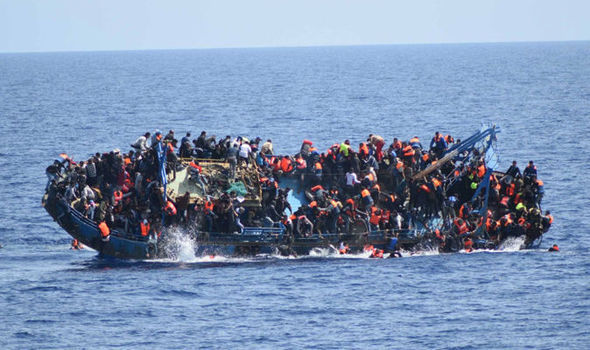 Boat overcrowded with refugees heads north across the Mediterranean Sea toward Europe. (Photo courtesy of Express/Getty)

But Kyne and Michel have not given up hope.

“We were fortunate to arrive in this country, which is only a stopover on our long journey,” Kyne said.

“Along the way, we came close to death with the many dangers encountered. We lost 22 LGBTI friends of different nationalities during our journey. With no money to pay for their passage to the bandits, some lost their lives, others were sexually abused and some were held in slavery.

“We’re appealing to diplomats from France, Belgium, Spain, Switzerland, the USA, Germany, England, Italy etc. to act to facilitate the movement of LBGTI persons as well as the asylum process.

“We know that there are organizations defending LGBTI people. It is not just HIV / AIDS that should be of concern to us, but also [the right to live] in a safe environment.

“Allow us to make our dreams come true in countries where we can do business and live easily. ”