A section of Kenyan human rights defenders want US President Joe Biden to raise the issue of safety and security of homosexuals in Kenya when the two heads of state hold a bilateral meeting this week at the White House. 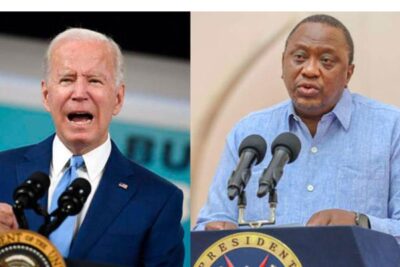 He is the first African head of state to meet President Joe Biden since the current U.S. President  took office.

Kenya has in the past been accused by many human rights defenders of negligence in handling LGBTQ refugees in its Kakuma Refugee camp. Widespread violence has been documented leading to the death of gay refugees.

“On Thursday ,October 14, President Joseph R. Biden, Jr. will host President Uhuru Kenyatta of Kenya at the White House. The leaders will discuss the strong U.S.-Kenyan bilateral relationship and the need to bring transparency and accountability to domestic and international financial systems. They will also discuss efforts to defend democracy and human rights, advance peace and security, accelerate economic growth, and tackle climate change. The meeting will build on the leaders’ phone call in February and on President Biden’s commitment to the U.S. partnership with Africa based on principles of mutual respect and equality,” according to a statement on the White House website. 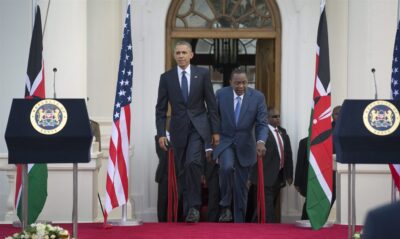 Ugandan local media is reporting that President Kenyatta travelled abroad as claims emerged in the Pandora Papers of how his family had stashed an estimated Kenyan Sh3 billion (about US $27 million) in offshore accounts. He promised to respond to the accusations when he returns home later this week.

On the trip, Kenyatta chaired, for the first time, an in-person UN Security Council meeting. On the sidelines of that meeting, he indicated that the revelations did not mention his name in particular nor imply criminal motive.

“My name, first and foremost, is not there,” he told a media stake-out after the Council meeting on Tuesday in New York.

“And secondly there has been no mention of any illegality or wrongdoing on my part,” he added, promising, again, to give a “comprehensive” response later this week.

The planned meeting with Biden would mean that Kenyatta would have met three different US Presidents at the White House in his nine years in office. In February, Biden had phoned President Kenyatta, promising to continue US partnerships with Africa based on “principles of mutual respect and equality.”

Biden had not met an African leader, even at the UN, since he took power in January.

This week’s meeting will come at a time the US has pressured Ethiopia to toe the line and start a dialogue with the Tigray People’s Liberation Front, a one-time ruling party now proscribed in Ethiopia.

Kenya, which is a member of the Security Council until December of 2022, has said Ethiopia needs encouragement, not sanctions, for parties to lay down arms, open humanitarian corridors and discuss the future.

The government in Ethiopian, however, has launched another aerial offensive on Tigray, worsening the security situation. Biden signed an executive order in September, authorising the imposition of sanctions on individuals who break the peace. 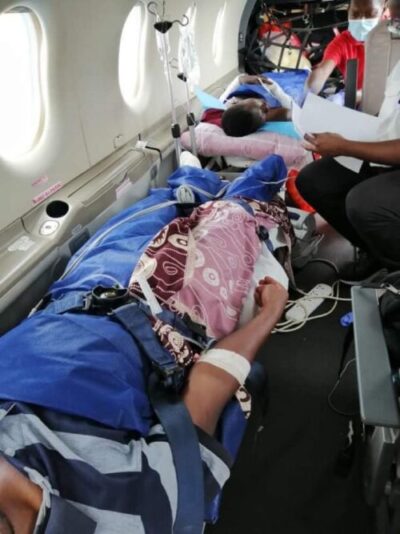 A refugee patient aboard a flight to Nairobi from Kakuma Refugee camp after a brutal homophobic attack in March this year. (Photo courtesy of Victor Mukasa)