A trio of Sudanese LGBT human rights organizations released a statement condemning the recent coup in the northeast African country and calling for international support for the democratic transition in Sudan. 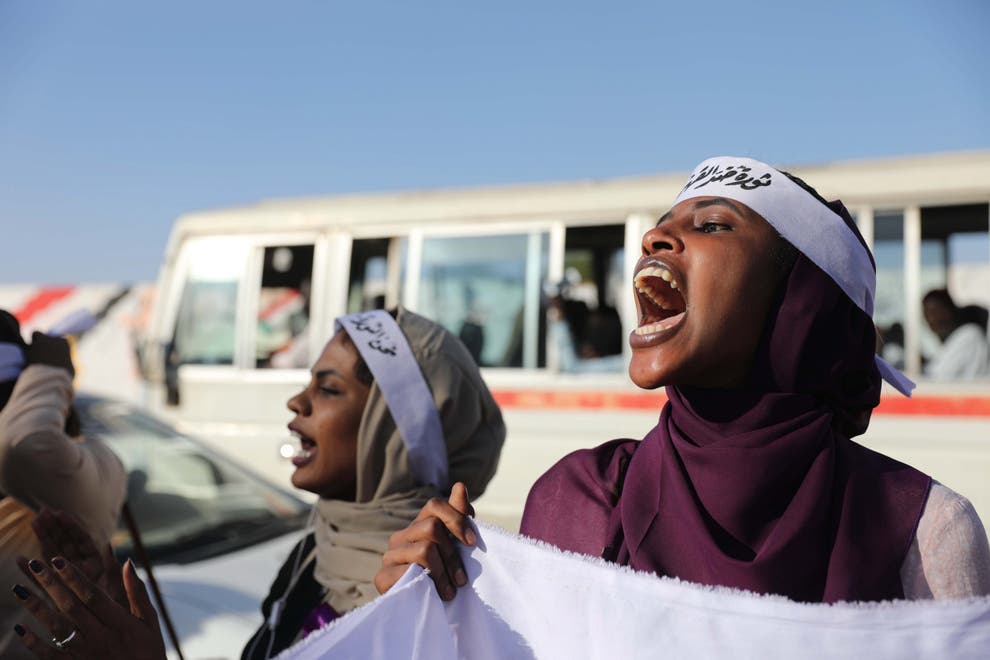 Sudanese human rights defenders denounce laws in 2019 that gave police powers to beat women for wearing trousers, selling goods on the streets and mixing with men who are not their husbands. The laws have since been repealed by the transition council, but women and LGBT people still face extreme vulnerability in the country. (Photo courtesy of The Independent)

Sudan has been undergoing a democratic transition since the overthrow of dictator Omar al-Bashir in April 2019. Last year, the Transitional Legislative Council passed a series of bills amending the Criminal Code to protect fundamental rights, including eliminating the death penalty and flogging as punishment for consensual same-sex intercourse, giving LGBT activists hope that full decriminalization may follow.

But on 25 October 2021, the Sudanese military took control of the government in a military coup in a move that has been condemned by the African Union and Western governments.

Sudanese LGBT advocacy groups Bedayaa Organization, Mesahat Foundation and Shades of Ebony have condemned the coup and expressed concern that military rule will expose queer Sudanese people to increased risk of persecution and violence. Their statement is reproduced below:

“We declare our definitive objection to the military coup carried out by Abdel Fattah Al-Burhan’s forces in Sudan and consider it a flagrant infringement of the law and a legitimacy breach of the constitutional document.

“As LGBTQI groups we are fully aware that the current political conflict and the military repression put the underprivileged individuals such as LGBTQI+ and gender non-confirming people under persecution and discrimination; this also puts them at a higher risk of physical and sexual abuse. We also know for a fact that gaining rights and fundamental freedoms for sexual and gender diversities will not exist under hegemonic military domination and oppression.

“We support the nonviolent protesting and national voices calling for participation in peaceful demonstrations and civil disobedience, and we strongly condemn the excessive use of power and the killing of unarmed protesters by the army.

“We call on the international community to maintain their support of the Sudanese people and the democratic transition in Sudan.

“We also invite everyone to amplify media coverage of events happening in Sudan. #SudanCoup”

Bedayaa Organization was founded in 2010 and works to promote the rights of people with minority sexual orientations, gender identities, gender expressions and sex characteristics in the Nile Valley area (Egypt & Sudan).

Mesahat was established in 2015 to identify and reduce security risks and social obstacles faced by sexual and gender minorities in the Nile Valley Area (Egypt & Sudan), and to facilitate safe and effective queer activism.

Shades of Ebony is a group of Sudanese LGBTQI+ individuals and allies in Sudan and in the Sudanese diaspora that advocates for LGBTQI+ rights as an essential human right.