LGBT rights defenders have reiterated the call to the Ugandan government to fast-track efforts aimed at ending inequalities in access to care, treatment and support. The appeal came as the country marked World AIDS Day.

The national celebrations happened Dec. 1, led by President Yoweri Museveni. “The main message for young people remains abstinence to focus on their studies until they are old enough and prepared to face the world,” Museveni said.

On Dec. 3, LGBT partners held an event to coincide with weeklong activities by various stakeholders in the fight against the pandemic. The event was spearheaded by Men of the Night (MONU), Sexual Minorities Uganda (SMUG) and Icebreakers Uganda (IBU).

In a statement, the three organisations noted that “The partnership of MONU, SMUG and IBU has fought inequalities that leave our community behind and resulted into the vaccination of 3,456 persons and carried out HIV testing of 2,123 and referred 345 clients to friendly health centers as well as referring those who tested negative to be enrolled on PrEP at IBU Clinic and other health centers.” 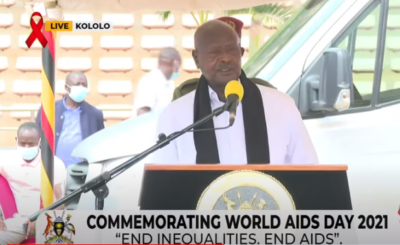 A statement issued by the three organizations is reproduced verbatim below:

ON 3rd December 2021, came together to commemorate World AIDS Day under the theme of the year “End Inequalities, End AIDS”. The emphasis was on breaking barriers and confronting inequalities in order to prioritize the marginalized and structurally excluded groups such as the LGBT and male sex workers in Uganda. We, as a movement, believe that to eradicate AIDS and build resilience against future pandemics, we need to take collaborative action, which includes leveraging community leadership to drive change, combatting stigma, and repealing discriminatory and punitive laws, policies, and practices. This would guarantee that HIV prevention, testing, treatment, and care, including COVID-19 vaccinations and services, are available to all people.

The panels handled topics including the efforts of the LGBTIQ to combat HIV/AIDS within the community through community projects that test and treat, provide preventive items and projects that monitor the quality of HIV/TB services that our community members receive at PEPFAR supported sites.

On one panel our community activists expressed the need for Ministry of Health (MOH) in Uganda to roll out event-based PrEP for gay men using the 2+1+1 model to handle retention on the drug by the category that is being left out. They also critically asked partners in the fight against HIV to change strategies on how services are provided, including calling for refresher trainings in SOGIESC  (Sexual Orientation, Gender Identity and Expression, and Sex Characteristics) for health workers in government health facilities as well as mobilization strategies like hotspot mapping to change when mobilizing the LGBTIQ groups for health services.

They stressed that, as much as we have members of our community who are sex workers, not all our community is made up of sex workers and most of us will not be found in hotspots to be given HIV treatment and prevention services. 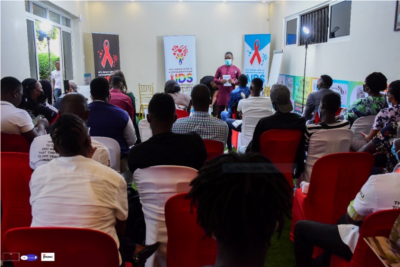 Partners and doctors encouraged the community to work closely with the Uganda AIDS Commission, Uganda Police force if we are to end AIDS by 2030 and look for strategic partners which will be impactful to their innovations.  The UAC mentioned that there are many guiding tools developed by MOH and UAC which require adoption and/or incorporation in the organization programs/work plan. Therefore, the community should support the Government of Uganda to implement her strategic plan and therefore align their programs with the different Guidelines in place within the strategic plan.

According to the Journal of medical internet Research (JMIR publication on 12/8/19 in vol5. No3 (2019), it was estimated that the men who have sex with men (MSM) in Kampala are 14,019, and female sex workers are 8,848. This means MSM are more in number as compared to other key and vulnerable populations. 13.7% of the MSM are HIV positive which makes MSM more vulnerable compared to the general population which is only 7%   even if other members of the LGBTQ are not catered for in this statistics is, it is proven up that LGBTQ are still more vulnerable to HIV as compared to their heterosexual peers.

The partnership of MONU, SMUG and IBU has fought inequalities that leave our community behind and resulted into the vaccination of 3,456 persons and carried out HIV testing of 2,123 and referred 345 clients to friendly health centers as well as referring those who tested negative to be enrolled on PrEP at IBU Clinic and other health centers. Our efforts clearly show that we need policies that ensure fair and affordable access to science by our community. There is no choice between resolving the current AIDS epidemic and preparing for future pandemics, and if we address the inequalities that inhibit progress, we will be able to keep our pledge to end AIDS by 2030. It’s in our control.

Lastly, at the end of the event, Dr Frank Mugisha, executive director of SMUG, gave his remarks and his take on this year’s theme. Later he called out the guest of honor, who was from the Uganda Police Force, to bless and close the event with a few words of encouragement to the LGBTQ and sex worker community. 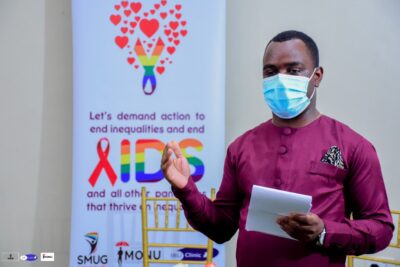