The United States government has imposed economic and travel sanctions on a senior intelligence official in Uganda, Major General Abel Kandiho, the commander of the Ugandan Chieftaincy of Military Intelligence (CMI), over “serious human rights abuse relating to his tenure.” 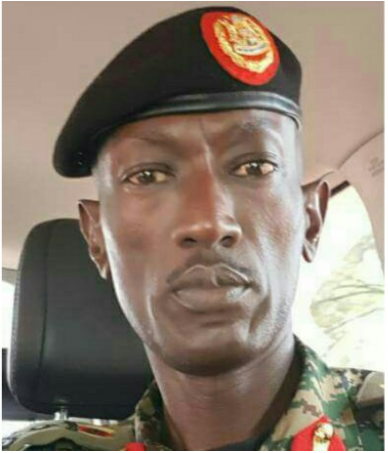 Abel Kandiho, the head of Uganda’s Chieftancy of Military Intelligence, or CMI.

CMI has been accused of intimidating LGBT rights advocates and community members and of putting them under surveillance.

Kandiho is among 16 officials in three countries  sanctioned by the U.S. Treasury Department  in  “connection with serious human rights abuse and repressive acts targeting innocent civilians, political opponents, and peaceful protestors” in Syria, Iran and Uganda.

Ugandan human rights lawyer and LGBTQ ally Nicholas Opiyo, for one, was apparently targeted by CMI.  In September 2020, after his mobile phone was stolen, his Find My iPhone app notified him that it had been moved to Chwa II Road, Mbuya, Hill, Kampala — CMI headquarters.

A U.S. Department of the Treasury statement issued Dec. 7 said that the U.S. is taking a number of actions aimed at promoting accountability for those who undermine trust in democratic institutions.

“Treasury is equipped with powerful tools to target the financial systems and flows that allow bad actors to profit from corruption and abuse,” the statement noted.

In explaining why the U.S. was freezing Kandiho’s assets in the United States, the U.S. Treasury statement read in part: 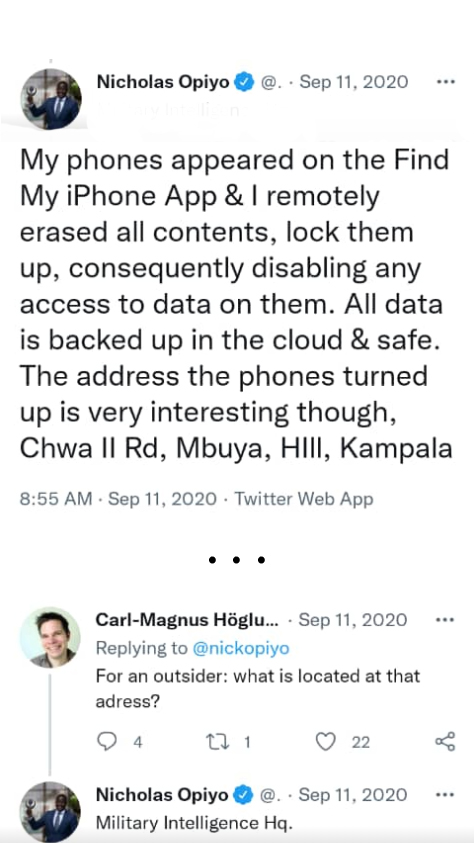 After a raid on the law office of LGBTQ ally Nicholas Opiyo, he discovered that his phone had been stolen. On Twitter, Opiyo disclosed that the phone had been located — at the headquarters of CMI, led by Abel Kandiho.

As commander of the Ugandan Chieftaincy of Military Intelligence (CMI), Major General Abel Kandiho (Kandiho) and other CMI officers have arrested, detained, and physically abused persons in Uganda. The CMI targeted individuals due to their nationality, political views, or critique of the Ugandan government. Individuals were taken into custody and held, often without legal proceedings, at CMI detention facilities where they were subjected to horrific beatings and other egregious acts by CMI officials, including sexual abuse and electrocutions, often resulting in significant long-term injury and even death. During these incarcerations, victims were kept in solitary confinement and unable to contact friends, family, or legal support. In some cases, Kandiho was personally involved, leading interrogations of detained individuals.

Kandiho is designated pursuant to E.O. 13818 for being a foreign person who is or has been a leader or official of an entity that has engaged in, or whose members have engaged in, serious human rights abuse relating to his tenure.

The statement adds: Today’s ( December 07) actions are taken pursuant to the following authorities: Executive Order (E.O.) 13818, which builds upon and implements the Global Magnitsky Human Rights Accountability Act, and targets perpetrators of corruption and serious human rights abuse; E.O. 13553, which imposes sanctions on certain persons with respect to serious human rights abuses by the Government of Iran; Section 106 of the Countering America’s Adversaries Through Sanctions Act (CAATSA), which allows Treasury to designate persons listed by the Secretary of State as responsible for gross violations of human rights against individuals in Iran who seek to expose illegal activity carried out by officials of the Government of Iran, or to obtain, exercise, defend, or promote internationally recognized human rights and freedoms; as well as E.O. 13572, which, among other things, imposes sanctions on certain persons responsible for or complicit in human rights abuses in Syria, as well as senior officials of, or entities owned or controlled by, persons blocked pursuant to E.O. 13572.

REPRESSION AND THE UNDERMINING OF DEMOCRACY 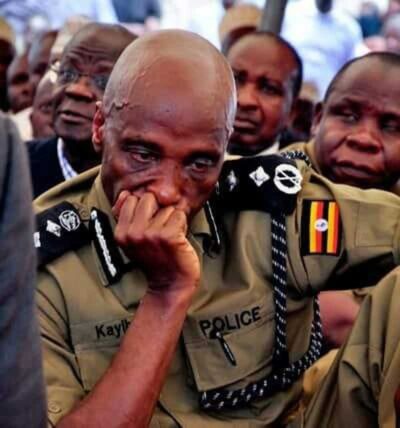 Gen. Kale Kayihura, Uganda’s former Police Chief, was sanctioned in 2019 by the U.S. over his role in police brutality on civilians. The economic and travel sanctions to Kayihura also cover his family. On his watch, Ugandan law enforcement frequently arrested LGBTI people.  The legal aid organization HRAPF appealed for his help after break-ins at its office but got no response.(Photo courtesy of PMLDAILY)

Democratic values and human rights are under threat around the world. Human rights defenders, members of civil society groups, journalists, and ordinary people seeking to exercise their right to freedom of expression and right of peaceful assembly face threats of violent repression from authoritarian leaders. Allowing this activity to continue unchallenged not only abandons and threatens victims of human rights abuses, but also poses a direct threat to the national security of the United States. Countries with repressive political regimes are often unstable over the long run, and they export instability regionally and worldwide. These regimes are often a threat to the peace and security of other nations. Standing up for human rights is not only consistent with American values but also U.S. national interests. 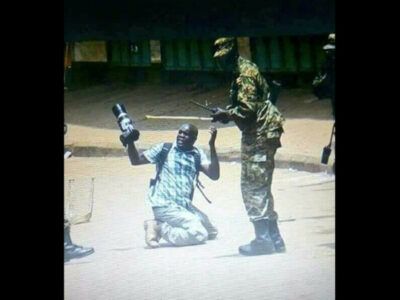 As a result of today’s action, all property and interests in property of the persons designated above that are in the United States or in the possession or control of U.S. persons are blocked and must be reported to OFAC. In addition, any entities that are owned, directly or indirectly, 50 percent or more, by one or more blocked persons are also blocked. 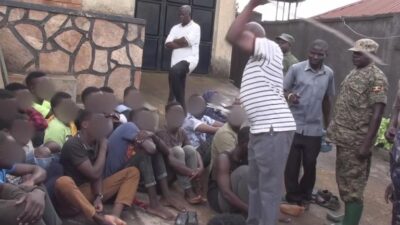 Haji Abdu Kiyimba (holding stick and wearing a striped t-shirt) accompanied by CMI army and intelligence officers during a raid to Children of the Sun queer shelter in 2020. (Screen shot from YouTube)