This organization is helping LGBTI people imprisoned in Senegal 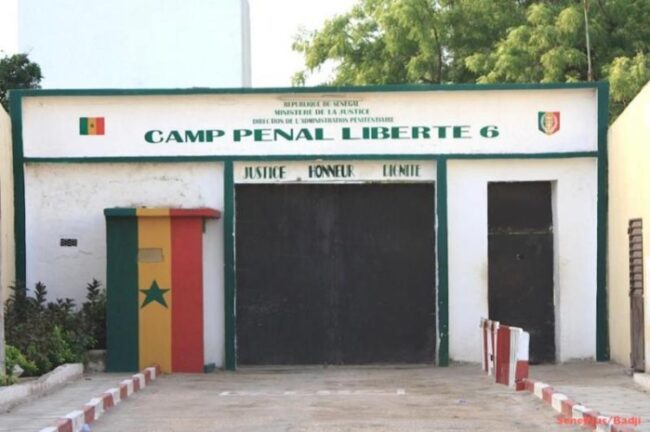 This is an English translation of a French-language interview by Carolina Nascimento for Prison Insider, a publication whose goal is to share and compare information about prison conditions and human rights worldwide. The interview begins with a question about a now-rejected bill that sought to increase penalties for homosexual activity in Senegal.

Prison Insider: What did the bill include? How would it worsen the repression of LGBTI people? 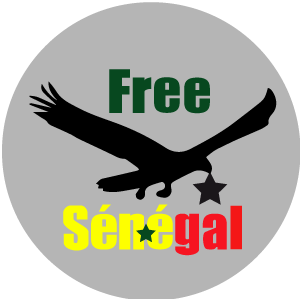 Logo of the Free Collective

However, on January 5, the Senegalese National Assembly rejected the bill, declaring the text “inadmissible as it stands,” without even reaching the plenary session. The reason given was the existence of legal provisions already severely repressing homosexuality in Senegal, as well as so-called “unnatural” acts. The rejection of this law is a relief. It would have made things worse for LGBTI people, who already have great difficulty finding lawyers to defend them. At the same time it is known that the rise of Islamism in politics will result in more reprisals against LGBTI communities.

Prison Insider: What are the conditions of detention for LGBTI persons?

Free Collective: The country’s prisons and correctional facilities are dilapidated and unhealthy. For example, part of the prison in Diourbel was a stable during the colonial era. Inside, there is a stench due to overcrowding, cockroaches, and poor ventilation, especially in the toilets. In the dry season, from March to June, the heat is unbearable and fights between inmates are frequent, even for the most venial of reasons. The mattresses on which 40 or 50 prisoners are crammed are full of holes or punctured by the presence of vermin. In these conditions, it is often up to the families to bring essential hygiene material.

The infirmaries in places of deprivation of liberty only provide paracetamol [acetaminophin]. Only the most serious cases, such as prisoners with tuberculosis, are taken to the nearest district hospital. Only the spiritual needs of prisoners appeared to be met. Imams served as chaplains in each prison and religious classes were offered regularly by volunteers from the country’s Islamic dahiras.

[The dahira is an association that brings together adherents of the Mouride Brotherhood, a Sufi Islam order in Senegal, either on the basis of allegiances to a specific spiritual leader, or on the basis of their location or professional activity.]

The conditions of detention for LGBTI persons in Senegal are particularly difficult. Unlike other prisoners, they do not have family support and this isolation can lead to suicidal thoughts. They are generally perceived as weak and are at greater risk of sexual violence.

The fear of reprisals from the “bosses” does not encourage them to speak out. The transfer of prisoners from one prison to another allows vulnerable prisoners to be placed in safer locations. When the reason for the arrest related to alleged homosexuality spreads like wildfire on social networks, it is the last option to be able to spare the life of an LGBTI detainee whose identity has been publicly revealed.

The issue of sexuality of prisoners is still very taboo in Senegal. The prison administration denies the subject. They refuse to distribute condoms, with all the dramatic health consequences that this has in terms of the spread of sexually transmitted diseases (STDs). Lesbians are not entitled to any special treatment from the authorities. They face detention conditions made very difficult by promiscuity and the absence of distribution of sanitary tampons.

In the face of all these shortcomings, the Senegalese state shows a relative lack of interest. LGBTI people in prison are seen as the fifth wheel of the nation.

Prison Insider: How do your visits with LGBTI people in detention work?

Free Collective: In order to make up for the failure of the state to meet its obligations, activists sometimes visit prisons to alleviate the difficult daily life of detainees from LGBTI communities. This still happens all too often only thanks to the support of international organizations around a few high profile individual cases. Outside of Dakar, this type of action is much more rare.

The Free Collective would like to be able to get more involved with these people. The last prison visit we made was to the Kouttal prison in Kaolack, reputed to be one of the toughest in the country.

Our visit followed the arrest of a man who has since been tried for a five-year sentence that he is beginning to serve. Our objective was to assess the needs of the detainee at that time in view of a later intervention. Also, we asked if he was planning to appeal his conviction despite the difficulties in finding a lawyer willing to plead his case. Since Covid-19, access to prisons has been made somewhat more difficult for visitors due to health protocols. However, we must have a sustainable and specific program for the men and women prisoners to visit, in order to prepare their reintegration in Senegal or elsewhere.

Loading...
Newer Post
Grateful but wary: The story of a raped lesbian in Cameroon
Older Post
For lesbians in Senegal, violence, rape, and poverty are constant threats