LGBTQ Pride is the promotion of the self-affirmation, equality, and increased visibility of LGBTQ people all over the world. Throughout the month of June, LGBTQ people celebrate “life” as it were, and chronicle struggles, fears, and hopes in the media. But is it a celebration that LGBTQ Nigerians should join? 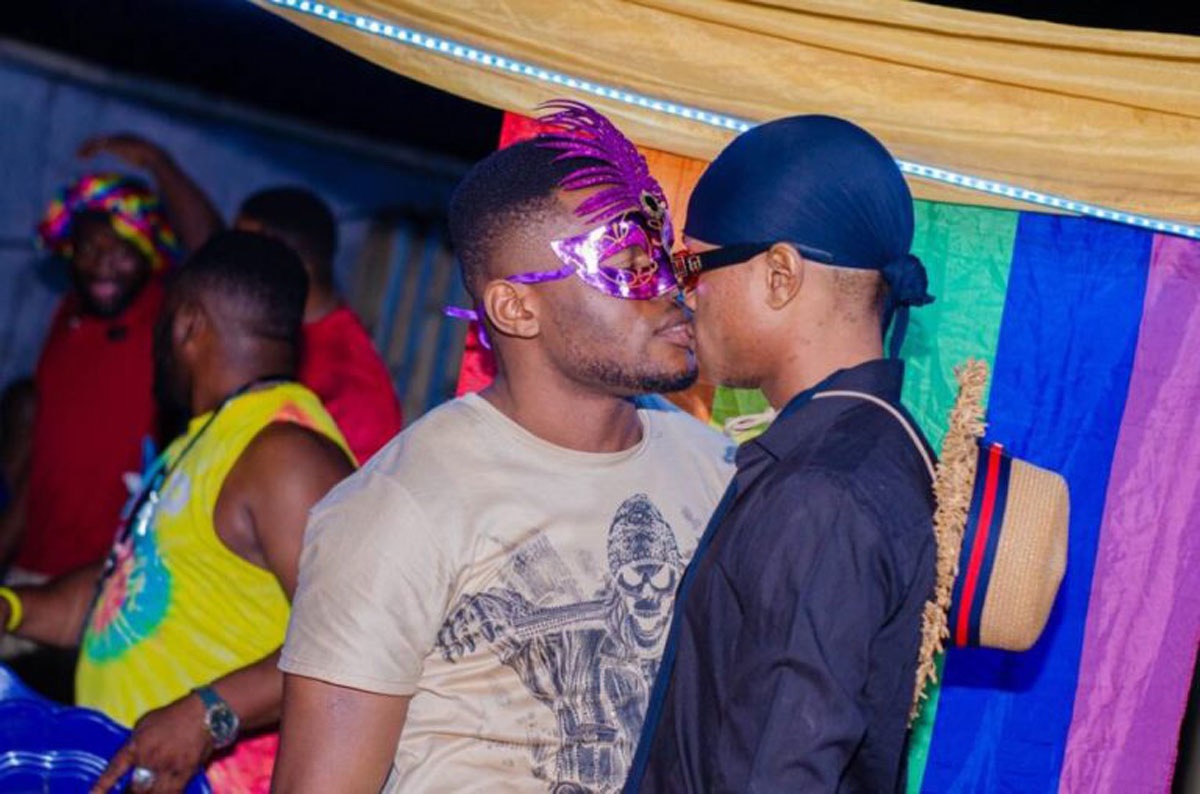 LGBTIQ+ Nigerians at a Pride event. (Photo courtesy of liffenigeria.org)

Each year, the month of June is marked as “Pride Month”, a time when LGBTQ people all over the world partake in Pride marches and attend events — all aimed at bolstering support and self-acceptance for LGBTQ people. It is also a time when international brands and companies lend their support to queer people by splashing the “rainbow color” across their social media graphics.

In Nigeria, a lot of queer people—especially on social media—take particular interest and reverence in the month of June.

Queer events, though very much underground, do take place across thriving metropolitan cities within Nigeria, which leads me to the question: Should queer Nigerians celebrate LGBT Pride events?

Personally, while adopting a more detached perspective, I will present two answers: yes and no. Both answers are to be explained within a historical context.

It is not news that LGBTQ issues in Nigeria are volatile, divisive, and explosive. The Same-Sex Marriage (Prohibition) Act 2014 [SSMPA 2014]  has also been a niggling, insistent thorn in the flesh of people who identify as lesbian, gay, bisexual, or transgender in Nigeria. The auspices of SSMPA 2014 embolden Nigerians to harass, blackmail, beat, extort, and, in some cases, kill LGBTQ people.  Because of the SSMPA, celebrating Pride month in Nigeria is risky. To buttress this point, we have the very recent case of Kachi, a young gay man who was targeted, caught (in Bayelsa State), stripped naked, and mercilessly whipped and beaten before being taken into police custody.

So, on one hand, no — as a matter of safety. Because the SSMPA 2014 still poses a terrible existential threat to people in the LGBTQ community in Nigeria, and incidences of severe human rights abuses against LGBTQ people might continue, queer Nigerians should not celebate Pride  unless that law is repealed, which would allow LGBTQ people in Nigeria to get an assurance of their human rights as encoded in Nigeria’s Constitution.

On the other hand, yes and yes, because, in spite of the SSMPA 2014 and the gross human rights violations that come with it, many queer Nigerians are rising up and choosing to just live and thrive and be themselves. For this latter reason, living, or trying to live and catch snatches of happiness and love and fun in a hostile, restrictive environment — where the ultimate supremacy of heterosexual people is regarded as a given and anything outside that heteronormative leaning is severely frowned upon — is commendable.

Thus, in June, LGBT Nigerians—both those living within Nigeria against all odds and those who have fled the country to seek a better life in other countries—meet up and catch snippets of fun and engage the larger society wherever possible on LGBTQ issues as it affects them. In that regard, it is their own way of showing to people that LGBTQ people do exist, work in organizations, are brothers and sisters and cousins and friends to their straight counterparts, and have a right to thrive just as their heterosexual counterparts are doing.

So, should queer people celebrate Pride? Yes, positively, they should, if ever and wherever they can, for, in spite of the SSMPA 2014, they still carve out a space for themselves and they try to live, love, and have fun, just like everybody else.

The author of this article, Kingsley Adrian Banks, is a Nigerian attorney and freelance writer. Contact him at info@nostringsng.com .