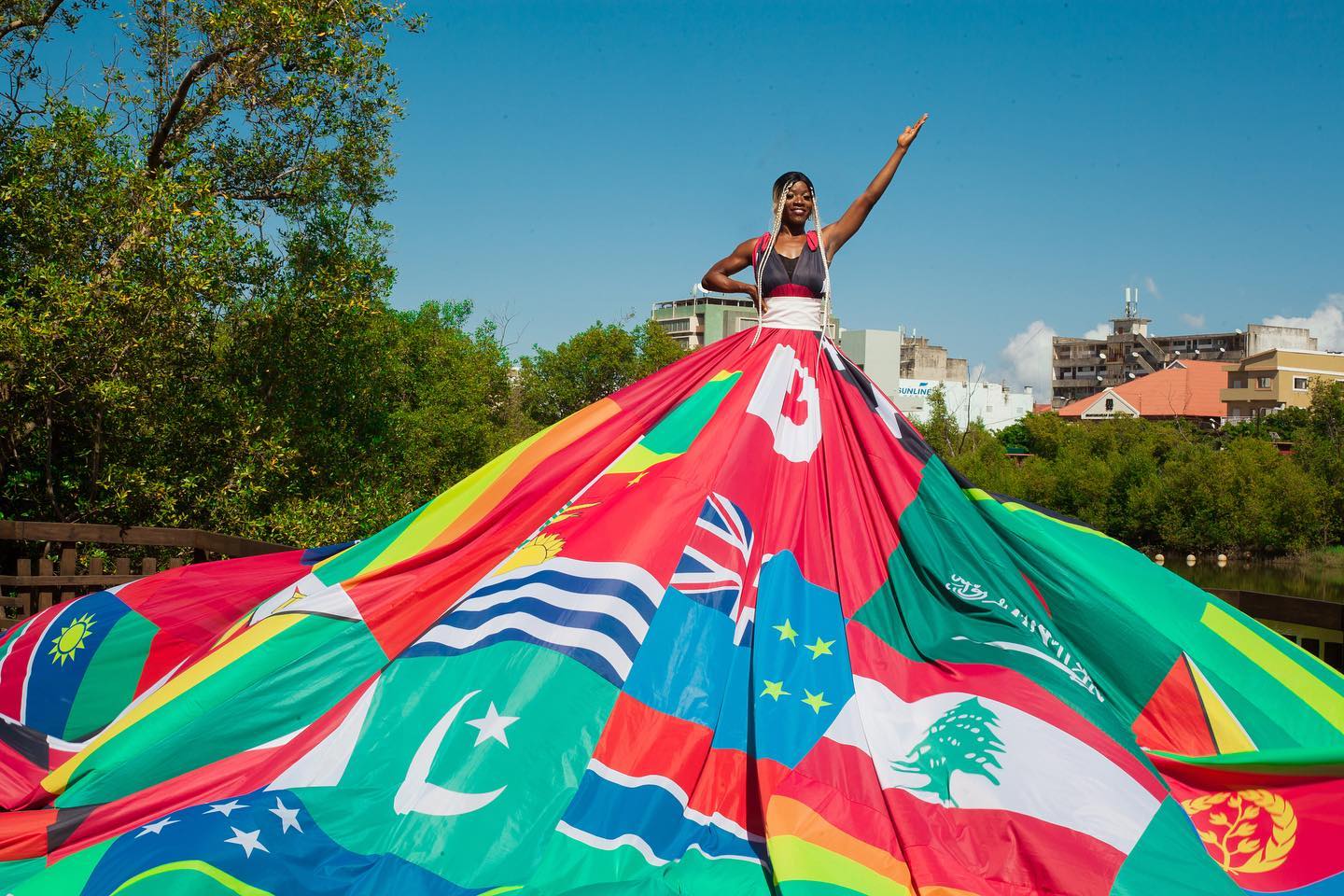 The Rainbow Dress during its visit to Beira, Mozambique, in May. The dress is modeled by Tomazia Braz. (Zito Macete photo courtesy of the Amsterdam Rainbow Dress Foundation)

The Amsterdam Rainbow Dress traveled to Mozambique last month as part of a push by human rights advocates in the southeastern African nation to encourage the country to appreciate and support its LGBTQ+ citizens.

Mozambique decriminalized homosexual activity in 2014, but it has no law forbidding bias on the basis of sexual orientation.

The huge Amsterdam Rainbow Dress  — 52 feet in diameter — is made of 70+ national flags from countries where homosexuality is punishable by law. It was first displayed during Euro Pride 2016 and, since then, has been used to advocate for LGBTQ+ rights throughout the world.

The visit of the dress to Mozambique was organized in support of the work of the local LGBTQ+ advocacy group the Lambda Association.

In connection with the visit of the dress, a statement from Lambda outlined the nation’s recent gains and current shortcomings for LGBT Mozambicans. 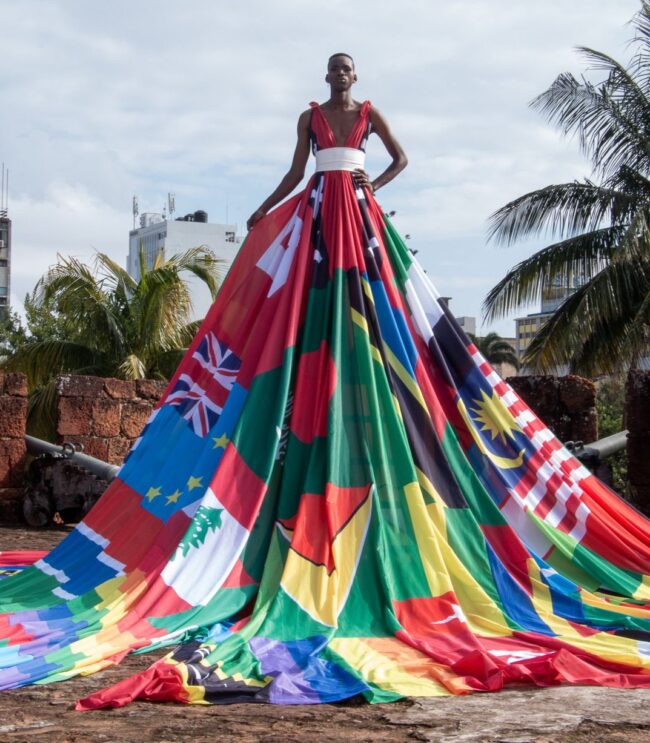 Another view of the rainbow dress during its visit to Mozambique

Paraphrased excerpts from that statement are published below:

The LGBT community has been gradually struggling for proper recognition. With the support of co-operation partners and some public institutions, the community has made significant advances, especially in terms of availability of health care. It is worth highlighting the progress made in the health sector such as its inclusion in the National Strategic Plan for Response to HIV and AIDS 2021-2025 ….

Despite these advances, there are still challenges in advocating and protecting sexual and gender minorities in the country. They continue to experience multiple problems of human rights violations. The Lambda Association (the country’s only LGBT association) has been denied formal registration since 2008, without a clear legal foundation for that denial.

In Mozambique, there is still no concrete action to ensure specialist services for lesbian and bisexual women, men and trans women in the context of sexual, reproductive health and rights, as well as hormone therapy and HIV and AIDS. Little attention is paid to men who have sex with trans men and women, because it is based on the idea that they are part of a low-risk group, which has the adverse effect of putting them in a situation of vulnerability.

Despite the law prohibiting employment discrimination on the basis of sexual orientation, there is no specific law by the government aiming to enforce this rule. In effect, studies indicate that LGBT people in the country are forced to hide their real sexual orientation in order to protect their status at work.

A study of the economic, social and political situation of LGBT people in the cities of Maputo, Beira and Nampula indicates that a large number of presumably LGBT people in Mozambique had no formal employment and are relegated to the informal sector with all the inconveniences it brings.

A study of violence against young students based on sexual orientation and gender identity in the cities of Maputo, Beira and Nampula revealed that young LGBT students are victims of various types of abuse, including verbal abuse, bullying, cyberbullying and physical violence. As a result of these abuses, which occurs in all school spaces, including classrooms, patios, gyms and bathroom entrances, most of these young people isolate themselves, avoid contact with their peers and often fail their courses or even leave school.

In sum, LGBT citizens in Mozambique live under the apparent climate of tolerance, but not acceptance.