Zambia: Archbishop’s anti-LGBTQ+ appeal comes under fire from all sides

LGBTIQ+ rights advocates in Zambia fear that a recent anti-LGBTQ+ proclamation by the local Roman Catholic archbishop will escalate the ongoing anti-gay violence that already puts the LGBTIQ+ community at risk. 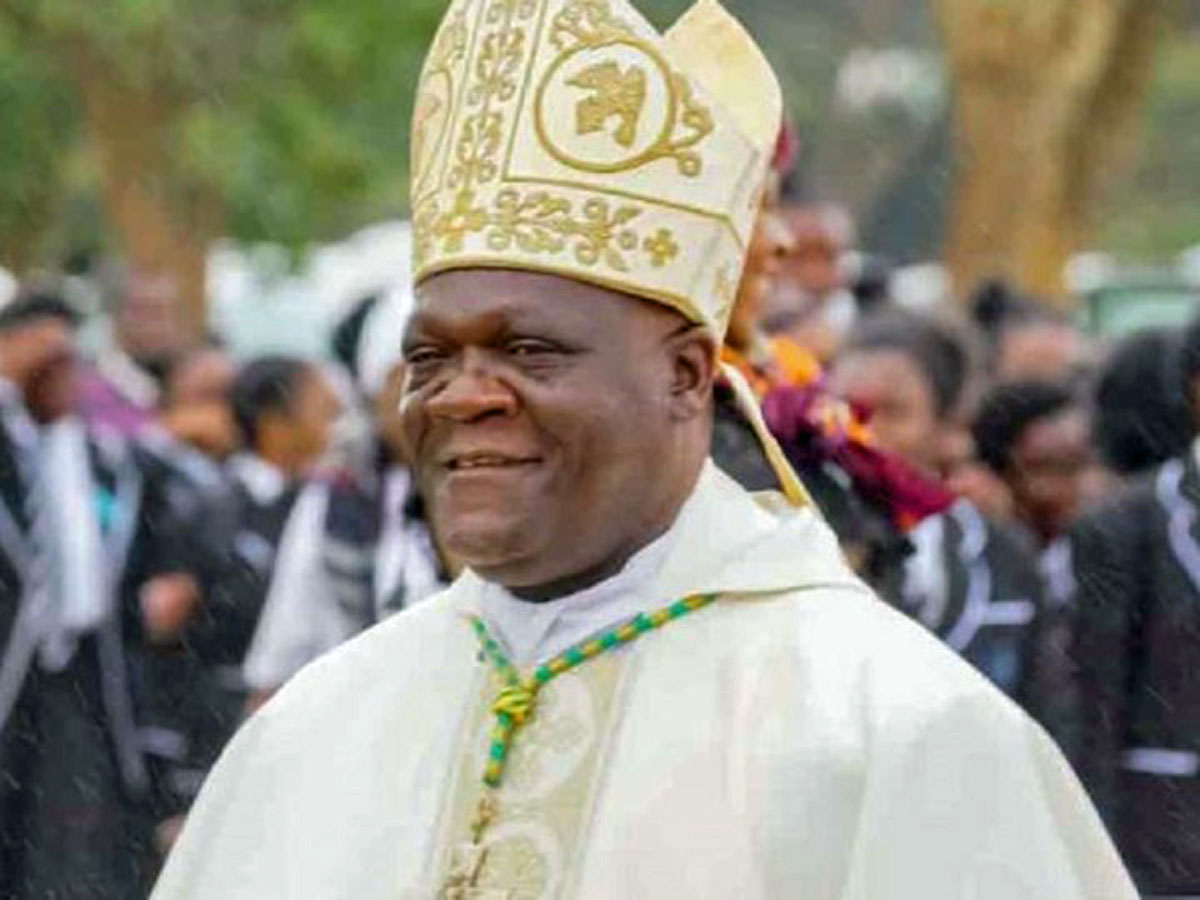 Archbishop Alick Banda issued a declaration last month, claiming that he had noticed “an increase in the number of incidents and events that promote LGBTQ+ tendencies contrary to the Laws of Zambia and our Zambian culture.”

Stating that Zambia President Hakainde Hichilema seemed to be ignoring the situation, Banda called on Zambia citizens to “act against the proliferation of LGBTQ+ and other vices,” which he blamed for a wide variety of social and political troubles in Zambia. 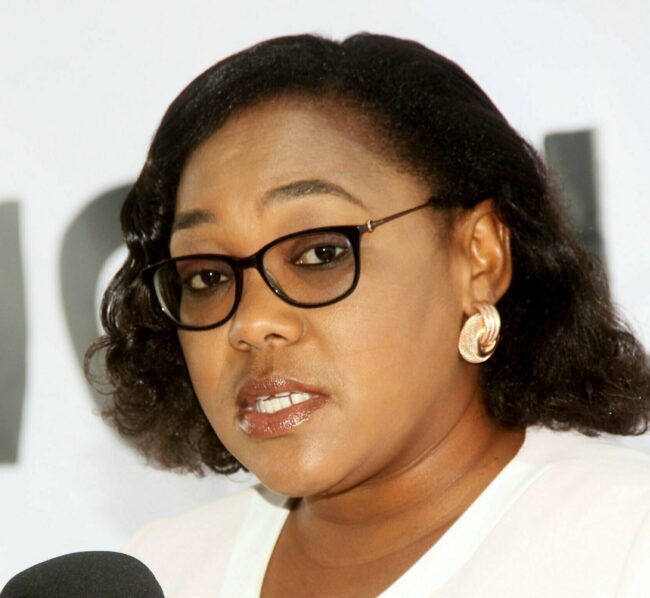 Kasanda, who is Zambia’s minister of information and media, defended Hichilema and called for a renewed “fight against LGBT”, stating:

“Government also wishes to dismiss allegations by some sections of our society that it supports homosexuality. The accusations are unfair and unfounded. Government has been consistent, before and now, in office, that it does not support LGBT.<
“Police and other law enforcement agencies remain active and engaged in pursuing cases of LGBT whenever and wherever they are reported. …

“Government also wishes to call upon parents, the church, the traditional leadership, Non-Governmental Organisations and other stakeholders to join hands in scaling up the fight against LGBT.” 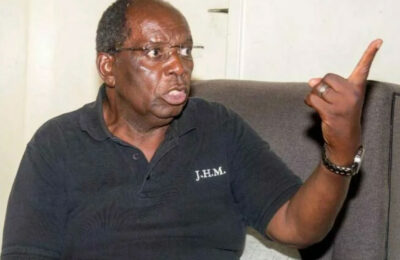 John Mambo, the founder of the Chikondi Foundation, a health care non-profit, also defended Hichilema from accusations of that he tolerates homosexuality. The Lusaka Times reported that Mambo said “President Hichilema has repeatedly stated that he abhors homosexuality and that there are adequate laws to address it.”

Under Zambian law, same-sex intimacy is punishable by up to 14 years in prison.

Referring to the remark by Pope Francis that “If a person is gay and seeks out the Lord and is willing to, who am I to judge?”, Mambo said:

“This is the doctrine Archbishop Alick Banda should be championing, the doctrine of love, repentance and forgiveness, not of hate, bitterness and the stereotypes, not a doctrine of animosity against a politician one doesn’t support, nor the divisive theologies that turn citizens against each other.”

The gay-friendly South Africa-based Global Interfaith Network (GIN) criticized Banda for a declaration that “(in effect from the pulpit) put his stamp of approval on further violence.”

GIN sponsored a rebuttal to Banda that was signed by more than 100 organizations and LGBTQ rights advocates. They declared:

“Our African faith and cultural traditions have long included the understanding that all human beings are created in the image of God, and have inherent dignity, and that we have a duty to care for the vulnerable and marginalized in our societies, communities and families. In light of this we deeply regret the actions of the Archbishop.”

This is the text of the GIN declaration, signed by more than 100 organizations and LGBTQ rights advocates, mostly from African nations, including South Africa, Uganda, Zambia, Botswana, Angola and Nigeria:

REGARDING THE SITUATION IN ZAMBIA AND SPECIFICALLY THE COMMUNIQUE FROM THE ARCHBISHOP OF LUSAKA, DATED 22 SEPTEMBER 2022

Logo of the Global Interfaith Network

On Sunday 25 September 2022, the Archbishop of the Catholic Diocese of Lusaka, requested that a communique be read out in parishes across the diocese. The communique calls congregants to ‘act against the proliferation of LGBTQ+ and other vices which are averse and seem to be on the increase corroding the fabric of our society.’

Religious leaders are the shepherds of their flocks and have a responsibility to provide guidance, care and support to the faith community. Although we understand that for the Archbishop of Lusaka, same sex sexualities and non normative gender identities are unfamiliar we do not believe that it is appropriate, especially in a context in which people are already marginalised and subject to violence and discrimination, for the Archbishop to (in effect from the pulpit) put his stamp of approval on further violence.

It is from a Christian perspective that we ponder the effects of such statements on LGBTI Zambians. What does it mean to their sense of safety and mental health? They are pitted against their parents and families. Even supposedly hope-inducing institutions such as churches are listed as their hunters, to hunt them out.

Zambia’s constitution, while it characterises Zambia as a Christian nation, also outlaws discrimination on a number of grounds, including religion, belief, and culture and makes provision for the rights to life, liberty, security of the person, and freedom of conscience, expression, assembly, movement, and association. The Zambian Penal Code as it stands is a hangover from pre-independence Zambia and is thus a British colonial artifact.

It is clear that even within the Bible there are different interpretations of events and laws1, and the fact that this story has become an anecdotal anti-LGBTIQ+ proof text that fixates on one that literal and decontextualised readings of the text ignore or miss much of what makes the Bible a unique text. In contrast, contextual and liberation methods of reading the Bible bring together in mutual critical dialogue the contexts of the Bible with contemporary society and scholarship, which is particularly important as decolonial discourses remind us that African traditions and knowledge must be protected from the hegemony of Western knowledge and Western forms of Christianity.

Specifically, in this case the following elements should be noted:

The claim that sexual diversity is “un-African” is refuted by well-researched traditional practices in some communities such as women having female husbands and men having male wives; and African traditional religious leaders who are inhabited by an opposite sex ancestor and therefore exhibit characteristics of that sex, including their choice of intimate partner. People with non-normative gender identities and sexual orientations have always been part of our communities and families in the African context and claiming that LGBTIQ+ people are a ‘Western’ import is false and historically inaccurate.2

In the African context, human sexuality has generally been conceived as a divine life-affirming gift which holistically embraces diverse human relationships and sexual expressions that lead to sexual pleasure and renewal as well as, in some cases, procreation.

In African traditions, sexual difference has never been a reason for exclusion from family and community life. Punishing people for sexual difference by denying them the right to full participation in society is a colonial notion being advanced by the extreme religious right and those they have co-opted, and is distinctly un-African. (see The Johannesburg Declaration).

The practice of scapegoating those most vulnerable in society in times of political change and upheaval is not a new phenomenon and numerous human rights violations and crimes against humanity have their roots in this ideological strategy. Rather than stigmatizing and othering those who are different in a society, the Church of Christ is called to protect the poor, marginalized and disenfranchised.

Pitting faith and sexuality against each other is a false dichotomy and is harmful not only for those who identify within the LGBTIQ+ community but for all people of faith as they navigate the journey of integrating sexuality and spirituality. Rather than shading conversations pertaining to embodiment and sexuality with shame, we believe that there is a wealth of resources that could help people of faith on this journey. We believe that faith communities and faith leaders have an instrumental role to play in this process and to the development of a life-affirming sexual ethic that affirms the human dignity of all and celebrates our capacity for love, commitment and pleasure.

Our African faith and cultural traditions have long included the understanding that all human beings are created in the image of God, and have inherent dignity, and that we have a duty to care for the vulnerable and marginalized in our societies, communities and families. In light of this we deeply regret the actions of the Archbishop. The people of Zambia, just as it is the people of the African continent, deserve an opportunity to see humanity beyond heterosexuality. That opportunity has the potential for a reclamation of the African people’s history of dealing with diversity, an opportunity of understanding beyond the common narrative of dehumanization.

Rather than inciting violence and enabling discrimination, we encourage the Archbishop and the Catholic Church in Zambia to enter into a process of fellowship and discernment alongside LGBTIQ+ people of faith and skilled dialogue facilitators in Zambia and to collectively grow in the mission to offer compassion, care and love to those most vulnerable. We believe that this will resemble the posture of Christ as he reached out to those that the world despised and excluded.

1 Conservative religious actors make reference time and time again to the story of Sodom and Gomorrah (Genesis 19) to support divine judgement and opposition to homosexuality. Beyond supposed line of interpretation to the exclusion of more comprehensive and contextual engagements with the text, the Bible internally offers hints as to the real intention of the text. The Bible internally presents different interpretations and reasons for the destruction of the two cities that have nothing to do with expressions of sexual diversity and gender identity. For example, Jeremiah, Ezekiel and Jesus present vastly different interpretations none of which mention sex or homosexuality. In Jeremiah 23:14 the sins linked to Sodom and Gomorrah are adultery, lies, evil doing; Ezekiel 16:49 indicates that the sins of Sodom are pride, excess of food, prosperity and not aiding the poor and needy; and Jesus in Matthew 10:1-15 refers to Sodom and Gomorrah (v 15) in the context of those who reject or refuse to receive disciples and their message. (see The Johannesburg Declaration, 2018 – footnote 2).

2 The Johannesburg Declaration (2018) arose out of a gathering of mostly African scholars, researchers, rights-defenders, and religious leaders from diverse backgrounds and traditions, including African traditional religions, Islam and Christianity. It sought to reclaim and affirm the diversity of families in Sub-Saharan Africa. More information, and a list of signatories as available here: http://www.gin-ssogie.org/johannesburg-declaration/