The U.S.-based African Human Rights Coalition is raising money to provide expert testimony before an American judge in Texas who will decide whether to grant asylum to a gay Ugandan who escaped from the violent homophobia of his homeland. 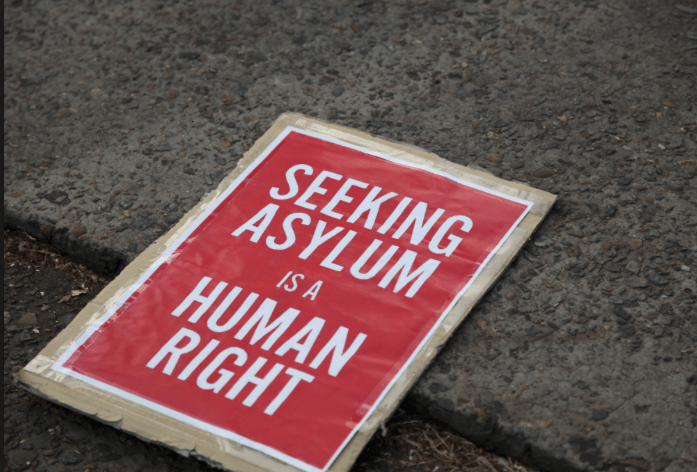 With this photo, the African Human Rights Coalition explains its support for asylum-seekers from Uganda and other anti-LGBT nations.

This is the appeal from Melanie Nathan, executive director of the African HRC:

I am writing to draw your attention to the case of Peter, (real name withheld) a gay man from Uganda. In a perilous five-month journey, he made his way to the U.S. El Paso border, where he has been in detention for the past ten months. He hopes he will be given asylum in the United States.

Peter’s case is being heard in a notoriously unfriendly jurisdiction where he will face a Judge who has only an 8% grant rate.

I am not sure if this Judge has ever adjudicated the case of a gay Ugandan. This is also a first for Peter’s experienced pro bono attorney.

After providing a Country Conditions Report and Affidavit in support of Peter’s case, his attorney has requested that I appear in Court to give expert witness testimony in person, saying that he believes my presence is critical to the case. Of course I agreed to travel to Texas and appear.

Unexpectedly, Peter’s Court date was brought forward from September to early June, with not enough notice to raise much needed funds.

As I think of Peter’s extraordinary journey to get to this point, I realize that his persistence through all the danger and uncertainty reflects a desperation for sanctuary that only trauma of great magnitude could spur. Peter’s story is heart wrenching. He is alone. He has no family. He has no friends. Suffering greatly, there can be no going back for Peter. He is relying on strangers to come to his aid: The American LGBT community is the only family he can turn to, as he clings to his faith.

We are asking for donations to help cover costs, as well as for the extensive work involving several other asylum seekers who we are providing reports for at this time.

African Human Rights Coalition is an all-volunteer organization, with no operational funding.

Thank you for giving this your kind attention and please feel free to pass along to anyone who think may be able to help.