Promising student in Cameroon: Outed, then an outcast

In Cameroon in mid-May, 18-year-old Ades was on track to a university degree and a profitable career. Then his parents learned he is gay.

Ades (a pseudonym) lived with his parents in the city of Mbalmayo. A brilliant student, he had prepared diligently for his baccalaureate exam, which in Cameroon is the gateway to higher education and a career.

But on May 28, on the eve of the exam, his parents learned that he is gay.

They beat him savagely. He fled. When the baccalaureate exam began, Ades was nowhere to be found. His parents have not seen him since then, according to a friend who is close to the situation and who described the events in this article. 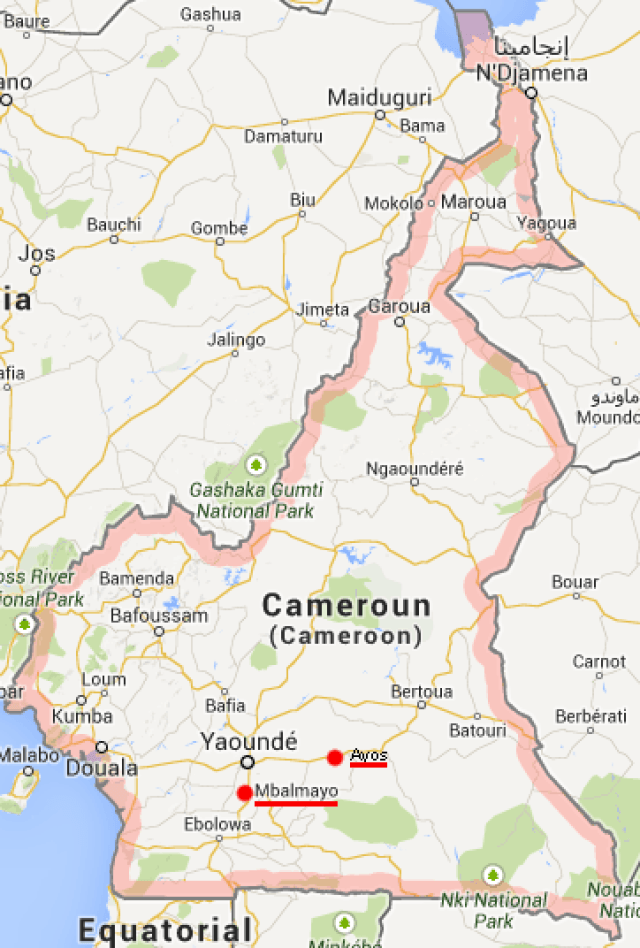 The small city of Mbalmayo is 50 kilometers south of Yaoundé, the capital of Cameroon. (Map courtesy of Ulule.com)

Ades was a senior in a Mbalmayo secondary school. His sexual orientation is not obvious. He is discreet, timid and obedient.

On the way to school one day, Ades met Han (a pseudonym), age 22. The two young men started dating.

For several weeks, Ades’ parents were surprised that their son frequently interrupted his preparations for the exam and left the house. Ades was going to see Han, but he told his parents that he was going to a study group with other classmates.

On the eve of the exam, which is offered only once a year, Ades left home around 2 p.m. to make sure that he knew the test location. Then he went to meet his boyfriend.

At 7 p.m., his parents noticed his absence and began to worry.

They called him on his mobile phone several times, but to no avail. They anxiously awaited his return home.

Ades got back around 8:30 p.m. He gave his parents a lame excuse, which they did not believe. To avoid a scene, Ades went to his room, leaving his phone on the table in the hall.

In his absence, the phone buzzed, signaling that Ades had received a message. His mother picked up the phone and discovered a love note signed by a man. Then she read through all the messages exchanged between the two boyfriends.

She immediately grabbed a cudgel from the courtyard, ran to Ades’ room and began beating him. Shocked, his father looked on in silence.

Ades suffered a series of heavy blows from his cudgel-wielding mother. Then he managed to escape.

When the baccalaureate exam began, Ades was nowhere to be seen. He has not returned home, though his parents say they would welcome him back.

Without passing the baccalaureate exam, Ades’ future is bleak.