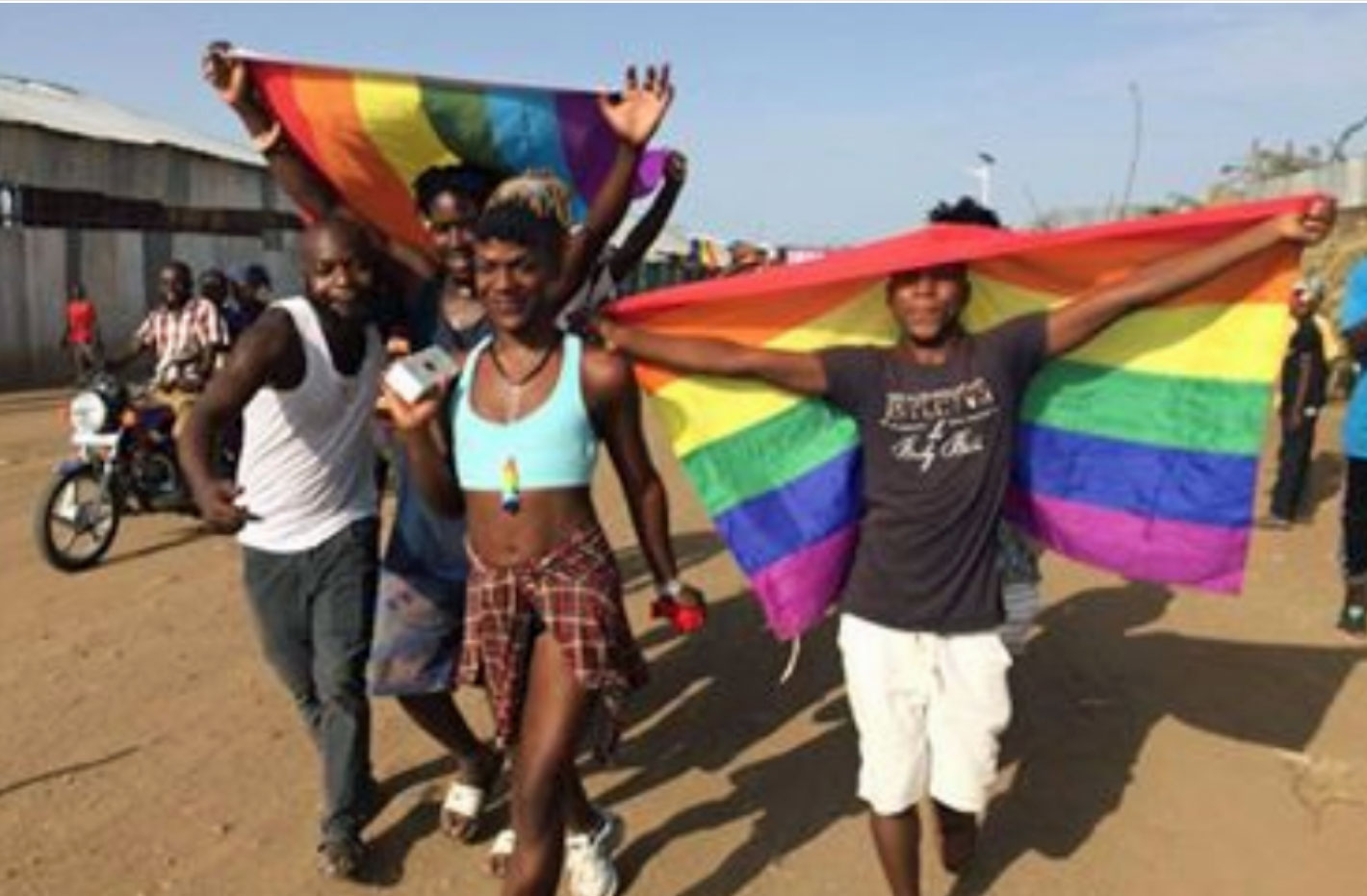 Despite the success, two LGBTI refugees were violently attacked after the Pride parade

The first pride parade held in one of the world’s biggest refugee camps was a remarkable success despite being marred in violence.

About 200 people attended the different Pride events at the Kakuma refugee camp in Kenya.

Kenyan government officials and representatives from the United Nations attended the events which featured a trans fashion show and pride parade.

About 200 LGBTI refugees live in the camp. They come mainly from Uganda, but all have fled persecution in their home countries for their sexuality or gender identity.

Mbazira Moses of the advocacy group Rainbow Flag Kakuma organised the event and is a refugee himself.

Moses faced threats and homophobia in the lead up to the Pride celebrations.

He is proud of how everything went even though some spectators threatened them with violence.

While Moses hoped the visibility would help raise awareness and acceptance of the camp’s LGBTI population but it seems to have had the opposite effect.

‘The event started with a (soccer) match around Kakuma in the morning,’ Moses told Gay Star News.

‘It was successfully attended by 180 of the LGBTIQ refugees and they were joined by many other refugees in the camp who didn’t know about the event. They initially embraced it but later on proved to be violent.’

The refugees who turned violent started yelling at the Pride participants and according to Moses, spit at them and also tried to throw dirt on the trans models.

Security who had been hired for the event, manage to keep the violent refugees under control.

But later on in the day a group of refugees at the camp allegedly attacked a lesbian and trans refugee. The lesbian received serious lacerations to her heel. The trans woman is in hospital getting treatment after the attackers punched her in the stomach.

Despite the violence, Moses said he’s happy and grateful how the first Pride event at Kakuma refugee camp turned out.

Approximately 600 people showed up for the first pride event held at one of the world’s largest refugee camps.

The Kakuma Refugee Camp in northwestern Kenya held its first LGBTQ pride event on Saturday, but now the event’s organizers are in fear for their lives.

Posted warning to LGBTI refugees at Kakuma Camp in Kenya contains death threat: “If you don’t leave the camp, we are going to kill you one by one.” (Photo courtesy of Rainbow Flag Kakuma)

After the event, which organizers said drew approximately 600 people, threatening messages were “pinned all over the camp on notice boards,” according to Mbazira Moesa [also known as Mbazira Moses], a Ugandan refugee and one of the event’s organizers.

Moesa said he does not know who wrote and posted the threats — which warned LGBTQ refugees to “leave the camp” or “we are going to kill you one by one” — but he said they made him “anticipate danger that may happen to me and all the LGBTIQ refugee members in Kakuma Refugee Camp.”

Kakuma, one of the largest refugee camps in the world, was established in 1992 and is run by the U.N. Refugee Agency. The camp, along with its 2015 expansion site, the Kalobeyei Integrated Settlement, have a cumulative population of about 185,000 people, according to refugee agency. The refugees and asylum-seekers living at the two sites come from 19 countries, though more than half are South Sudanese.

Moesa said he was inspired to organize Saturday’s pride event along with other members of Refugee Flag Kakuma to address “the ignorance” and “myths” about LGBTQ people among the camp’s residents. Moesa said the Kakuma camp is “mainly populated by Islamic settlers and refugees” from South Sudan, Somalia and Ethiopia who are intolerant of homosexuality.

While he considered Saturday’s turnout “huge,” Moesa said homophobic violence at the event led to a lesbian and a transgender person sustaining “serious injuries.”

Despite that, Moesa said he hopes Kakuma has a pride event next year and “every year” after that.

Moesa, 25, said he left Uganda — one of the world’s most notoriously anti-gay countries — in 2016 following multiple arrests and beatings by law enforcement due to his sexuality. He recalled an August 2016 incident in which police raided a gay social event at a bar in the Ugandan capital, Kampala, that finally made him flee his home country. …