LGBTI activists at risk of burnout; what can we do?

Last month’s rejection of the LGBTI community by former LGBTI activist Val Kalende has shined a spotlight on disturbing flaws in how activists are treated by their peers and by financial backers. “Heartache, frustration, ennui, and burnout. … Competition and antagonism among LGBTIA+ activists. In some cases, mismanagement, favoritism, and outright corruption.”

Those comments were made two years ago by three veteran activists seeking to start a conversation about how the LGBTI movement can better support its front-line workers. As described in this blog’s May 2016 article “Admitting the flaws of LGBTI activism; seeking solutions,” they stated, among many other critiques:

Due to homophobia and discrimination, the rates of alcohol and substance abuse, dysfunctional relationships, emotional illness, burn-out and suicide in African queer/LGBTIA+ communities are alarmingly high, but these issues are hardly addressed by activism except in a human rights/access to health services context. We do not seem to know, at least in our roles as activists, how to value ourselves as ourselves and relate to one another respectfully and non-competitively. As one activist recently told us, “we are dealing with communities that don’t know how to heal themselves,” yet healing and coping initiatives are rarely part of the work we do.

The stress faced by activists and organizations attempting to comply with donors’ reporting … requirements, especially in the context of non- or underfunding of overheads by the same donors, is a further burden. Most activists, even in leadership positions, are too poorly paid to afford proper health care, including mental health care. Health insurance, staff well-being programmes, pension schemes, and fair severance packages are unheard of for most activists.

The full analysis was published in Pambazuka News with the title “Where do we go from here?” It is subtitled, “A call for critical reflection on queer/LGBTIA+ activism in Africa.” The authors are Liesl Theron of South Africa, Mariam Armisen of Burkina Faso, and John McAllister, formerly of Botswana.

Similar themes were common in LGBTI activists’ responses to Val Kalende’s rejection of LGBTI activism and supposed “renunciation of lesbianism.” For example:

Life of an activist isn’t an easy one…work..work..work but no time for self-care.
This burn out in the end if not handled well can either bury you or rejuvenate your zeal for more battles in the struggle.

Dear comrades….take time to look after your lives coz in the end they will stand and spectate as depression eats you away.

You can still balance your time for the struggle and spare some to do things that keep your soul fresh to face tomorrow’s challenges.

A healthy mind is key in all we do.

Poor organizations can cause depression

Depression can also be a result of working in broken poor organizations. Bad leadership. Underemployment. Poor working conditions. Neglect of self and self destructive habits. Its not always about activism… Diagnosis is important.

Is it really so hard? What about activists’ high-flying international lifestyles?

Activism is a choice, not forced on anyone. If it brings you more grief than satisfaction, you step away and go find happiness. Also, claiming that it isn’t easy falls flat in the face of the posts we see of activists attending binge parties, fun nights with tables heaving under the weight of booze, smug posts from business class lounges, high-fiving in big cities, and rubbing shoulders with the high and mighty all over the world. Jeez, I think I want that life for myself. Resign anyone so that I can enjoy your fun?

We need to do better at supporting activists and refugees 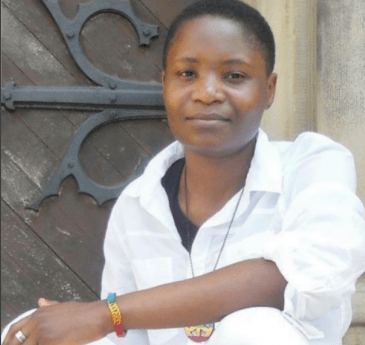 Val Kalende as an activist.

Not getting a job in Canada was very hard for someone like Val and the reason why they returned to Uganda.

Maybe we need to support our refugees in getting good jobs at their level and not end up in factories or taxis.

I think the best thing anyone who knew Val [could do] is to send them messages of love. Val needs to realize again that there is support outside of church and family.

And maybe I am wrong and there really is not enough support for someone like Val, either here in Canada or in Uganda. The intense loneliness that is brought by your family and friends cutting you off, is terrible to bear.

They are not the first ones to succumb to pressure and loneliness.

And if you know other LGBT folks in Uganda, send them the same message of love and support. Keep in touch with them.

Val deserves our love, attention and support. And so do their colleagues. 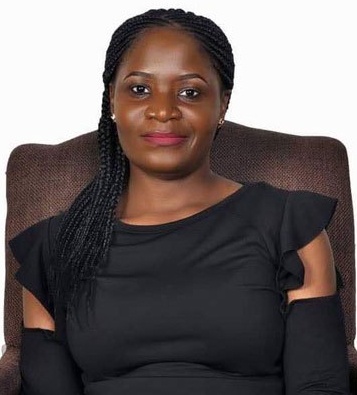 It is certainly heartbreaking, especially because Val has paid such a high price for her advocacy work in Uganda. Being an “out” activist in this region can be very hard, with few or no support structures (especially given our complex movement dynamics). It may seem counter-intuitive but the church/religion does offer some the only respite one can get during these dark nights – unfortunately mean second-guessing SOGIESC identity(ies), regretting their history of activism and when the only help comes from a well-meaning but anti-LGBT institution, it can become quite a challenge…

We should give Val all the support and love during this time, but also seriously reflect on this approach to advocacy that can seem to me to view some activists as by-products/collateral damage…

Activists carry so much pain

Immigrating, rejection by our own activist communities, lack of family support, wounds and or scars acquired in activism, malice, erasure from histories, declaration and treatment of activists as no longer relevant, to mention but a few, have done this and will do more. It’s only the beginning if activists continue to carry that pain around. Val did and many do.

A wake-up call: How to help activists who need a break

A lot of the struggles this individual faced can be attributed to the systemic failures of the asylum and resettlement process that activists have to go through – with limited support, when they are fleeing prosecution or persecution. …

I believe this is a wake up call for us to strategize around how best we can set up structures to continue supporting activists who just need a little break, without having to feel like they are no longer relevant. It is my opinion that a person never stops being an activist because they had to relocate/flee from the field, hence the support system built around the activist and their work should not shift its focus, as is the trend today.

There are ways that activists can be supported to grow, and continue the lifesaving work they do, even after fleeing. I would hope that the upcoming ILGA World Conference will serve as a platform for this conversation to continue.