Tunisia is starkly divided on whether to repeal its anti-gay law. In favor: a presidential commission and human rights organizations. Opposed: thousands of protesting conservative Muslims. 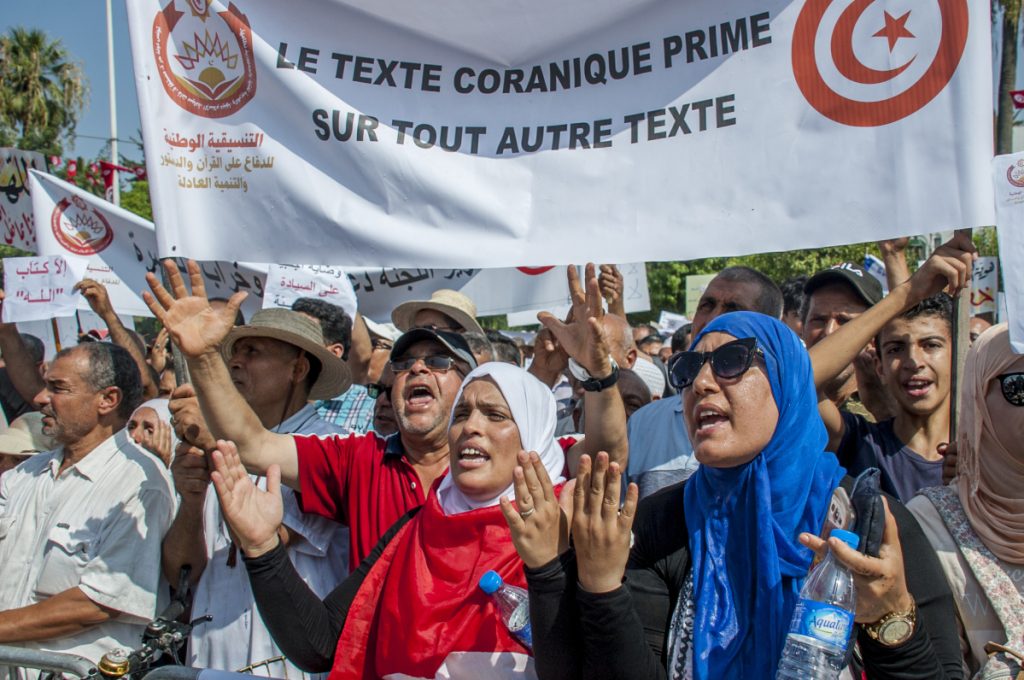 Protesters carry a banner reading “Quran text before any other text” outside the Tunisian capital of Tunis on Aug. 11. (Hassene Dridi photo courtesy of the Associated Press)

The Associated Press reported on the protest:

BARDO, Tunisia — Thousands of Muslim fundamentalists protested Saturday [Aug. 11] in front of the nation’s parliament to decry proposals in a government report on gender equality that they claim are contrary to Islam.

Men and veiled women marched under a blazing sun from Tunis to Bardo, outside the capital where the parliament is located, to protest the report by the Commission of Individual Liberties and Equality. The report, among other things, calls for legalizing homosexuality — now punishable with three years in prison — and giving the sexes equal inheritance rights. Men now receive double the inheritance of women.

The commission was put in place a year ago by President Beji Caid Essebsi, who is expected to speak about it on Monday [Aug. 13], Women’s Day in Tunisia. It was not immediately clear whether the proposals would eventually be put before parliament.

[On Monday, Essebsi endorsed the proposal to give women equal inheritance rights, but avoided discussion of Tunisia’s anti-LGBT law.]

Tarek Azouz worried that the proposals amounted to a “wish to destroy moral values” by legalizing homosexuality. If acted upon, he said, “we’ll end up with gay marriage.” 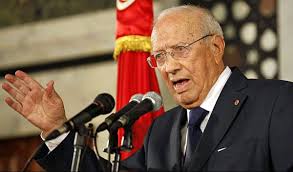 Dozens of human rights advocates urged Essebsi to follow the commission’s recommendation. This is their petition:

TO: Beji Caid Essebsi, President of the Republic of Tunisia.

On 13 August 2017, you appointed the Commission on Individual Freedoms and Equality and tasked it with recommending “reforms linked to individual freedoms and equality, deriving from the provisions of the January 27, 2014 Constitution, international human rights standards and new trends in the fields of liberties and equality.”

In 2017, there were at least 71 arrests under article 230 – literally days ago, a young man was sentenced to 4 months in jail for exchanging romantic messages online with another man. Article 230 fuels discrimination and violence – and it’s time to put an end to it.

This legislation is key to meet the requirements of the 27 January 2014 Constitution of Tunisia and to harmonize its legislation with international human rights standards.