Blackmail plans went awry for an anti-gay gang in Nigeria when they targeted a gay teenager in Port Harcourt. To their surprise, they learned that the teen’s mother was comfortable with his sexual orientation and  was ready to launch a counter-offensive against the criminals. 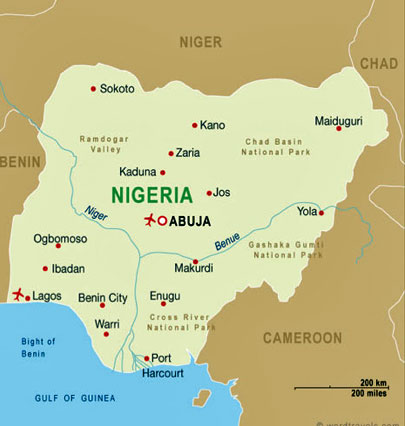 The blackmail attempt occurred in Port Harcourt in in southeastern Nigeria.

The teenager, Phillip (not his real name), recently told NoStringsNG about the incident, which happened last year.

Phillip met a man online without realizing that he belonged to a fierce homophobic gang who lure gay men to places where they could be easily robbed and set up as blackmail victims.

He narrated his ordeal:

“I did not know that the guy that I was chatting with all along actually had plans to loot and blackmail me. He seemed really nice. We chatted for 3 days, after which we agreed to meet.

“When I got there, he met me and, as we were walking to a joint that he had suggested, I was tapped on my back by an ugly-looking older man who looked like he had just finished smoking weed. He had a cracked voice and, as I turned around, he slapped me hard and asked if I was the homosexual who came to fuck their nigger. I was stunned and utterly shocked.”

They dragged him down the road to an isolated bushy area, where they robbed him of everything he had with him, Phillip said.

“They led me through the bush paths. It was very quiet there. As we all got there, I was crying and begging them. They beat me and took off my clothes, mobile phone and money.

The blackmailers tried to talk his mother into sending them money for his release. They were shocked at her response, he said.

“They did not know that my mother was already aware of my sexual orientation.

“As they spoke to her, she was shouting and asking them if there was anything wrong with being gay. She said that if they needed money from her, then they would have to cut off her breast and sell it to make the money they need.

“She made it clear that she wasn’t sending any money, and that they will regret it if anything happened to me. They were disappointed, as they were unsuccessful with their plans to extort more money. At last, they gave me a pair of oversized trousers and an old T-shirt to wear before allowing me to go.”

When Phillip got home, his mother asked him to take her to the location where the incident happened. He refused because he was scared and did not want the issue to escalate.

Loading...
Newer Post
Here is the face of a police officer who extorts gay people in Nigeria
Older Post
Cameroon: Brother kills brother for being gay