The Initiative for Equal Rights (TIERs), through its “Human, Not Number” advocacy project, has highlighted eight shocking cases of human rights violations suffered by LGBTIQ persons in Nigeria. 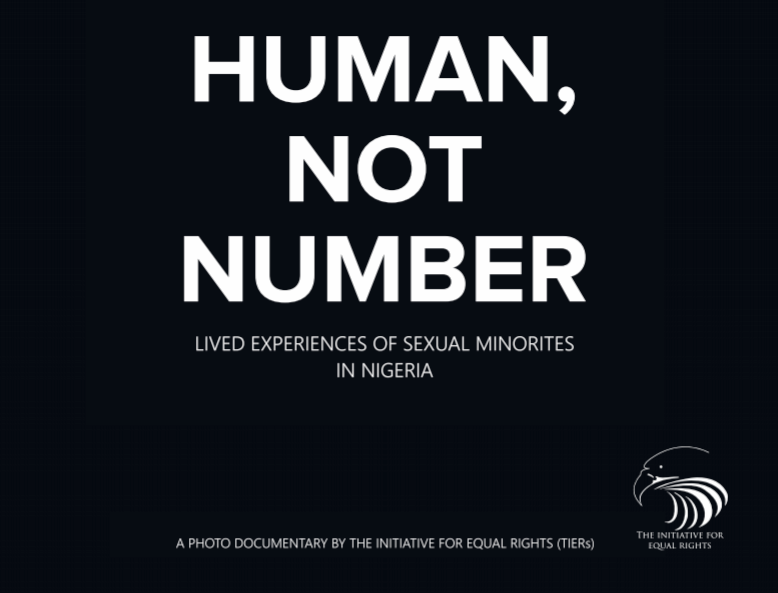 Photo for the “Human Not Number” project (Photo credit: TIERs)

In Nigeria, LGBTIQ persons are demonized, isolated and often are seen as mentally ill, but through its “Human, Not Number” project the human rights advocacy group TIERs aims to humanize LGBTIQ persons in the eyes of other Nigerians.

The project highlights the stories of eight gay Nigerians who have experienced different forms of gross discrimination and abuse from trusted persons such as friends and people within the family circles as well as from society at large.

Below are summaries of six of the eight stories highlighted in the project. More detailed versions can be found HERE. The names of the victims have been changed to protect their identities.

A Lagos-based Nigerian gay man who was blackmailed, extorted and raped by someone he met via Facebook.

A man who suffered religious abuse and went through a conversion therapy conducted by a Catholic priest who repeatedly raped him during his stay at the church.

A lesbian living in Jigawa state in the Northern Nigeria, Ifechukwu was evicted from an apartment she rented together with a friend after she refused to give in to her roommate’s advances. She was later attacked and severely beaten by a thug sent by her roommate.

A victim of police brutality and arbitrary arrest, Segun was arrested at a birthday party by 30 policemen who shaved his hair, using the same blade they used to shave the head of over 30 other persons. He has now lost his job and is estranged from his family.

A feminine man constantly being harassed by police officers because of his effeminate nature, Andy was arrested a few times and had to pay bribes to be released. A few years later, he was attacked and gang-raped by four men, leaving him emotionally torn and to defer his admission to focus on dealing with his mental health.

Arrested and harassed by the police at a birthday party, Wealth was later to taken to prison, where he was mistreated as his family struggled to try to get him out.

To read the full stories illustrated with photographs of the victims, CLICK HERE.