1 year in Egyptian prison. The crime? Interviewing a gay man

Egypt thinks merely interviewing a gay man is a crime. 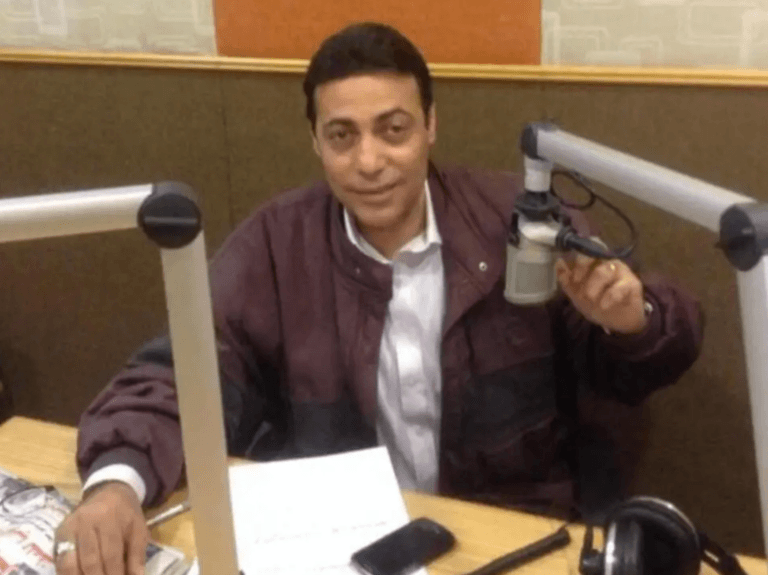 TV talk show host Mohammed al-Ghaity was sentenced to one year in prison for interviewing a gay man. (Photo courtesy of The Independent) 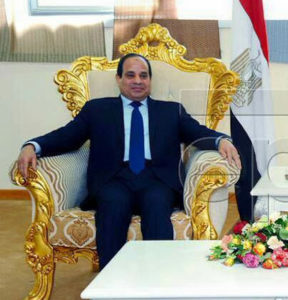 Egypt is a rabidly homophobic country, solidly situated on the list of 73 countries in the world that have made gay sex illegal — and it’s getting worse.

Since 2013, when Abdel Fattah al-Sisi made himself president, Egypt has made the lives of gay, transgender and other LGBTI people miserable, subjecting many of them to torture and imprisonment. Along with human rights activists and Sisi’s political opponents, large numbers of gay people and people suspected of being gay have been arrested and deprived of their basic human rights as citizens of Egypt.

A recent and most egregious example of unjust arrests was the arrest of the TV presenter Mohammed al-Ghaity, who was found guilty of contempt of religion and incitement to debauchery. (Debauchery is a coded word used in Egypt for homosexuality.)

What was this TV presenter really arrested for? He interviewed a gay man. Even though in the past Ghaity has attacked homosexuality, it seems he has violated one of the great “sins” in Egypt by discussing the topic with a gay sex worker who is directly affected by Egypt’s repressive approach to minority forms of sexuality.

So much for free speech.

Egypt’s Supreme Council for Media Regulations decided that Ghaity had “violated the basic rules, laws and religious constraints” that journalists should follow. In addition the council ruled that the TV station airing Ghaity’s program should be suspended.

He was sentenced to one year in prison for interviewing a gay man on his talk show with the man’s face blurred to conceal his identity.

Mohamed al-Gheiti, who previously expressed his stance against homosexuality, invited the man to discuss his lifestyle on air in August 2018.

The move led to the misdemeanors court in Giza convicting him of promoting homosexuality, incitement to debauchery and immorality, and contempt of religion. He was also fined 3,000 Egyptian pounds (about US $170).

What is especially abhorrent in the case of Egypt is that — in spite of the obvious human rights violations and disgraceful and immoral treatment of gays and trans people in Egypt — countries in North America and Western Europe have said nothing to criticize the criminal atrocities that they would not allow to exist in their own countries. They remain silent and cowardly, probably because of their own self-interests.

In contrast, some celebrities have criticized and admonished Egypt and Egypt’s police (who seem to act like criminals themselves as they beat, torture and arrest people with no recognition of human rights.

Egyptian celebrity Khaled Abol Naga: “If only people give love the chance it deserves, God will prevail.” (Photo courtesy of The Independent)

One man who has been vocal in his support of gay rights in Egypt is the actor, stage director and film producer Khaled Abol Naga. In 2007 because of his humanitarian efforts to help and support gays, Naga became UNICEF’s Goodwill Ambassador. He has said, “If only people give love the chance it deserves, God will prevail.” However it would appear that neither God nor the President of Egypt feels that way.

Most religions espouse a sex-negative philosophy and, when they can, ally themselves with governments that futilely try to control people’s sex lives. Egypt is just the latest example of countries that impose enormous suffering on their millions of innocent gay and transgender citizens. Shame on all of those heartless homophobic nations.

Gerard Adams is a retired high school English teacher who got his Bachelor’s and Master’s Degrees from Eastern Michigan University in Ypsilanti, Michigan, United States. He often writes as an advocate for gay and transgender rights, women’s rights and children’s rights.