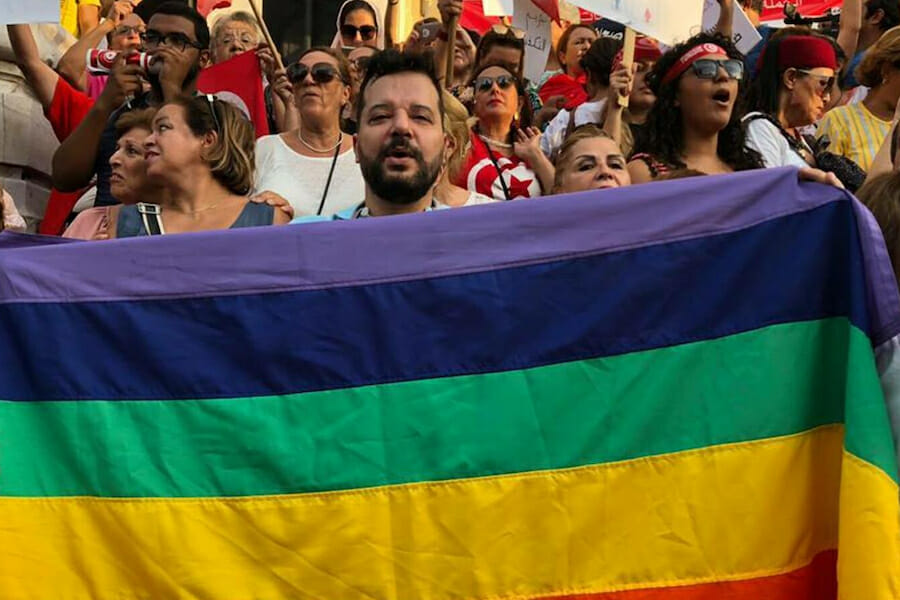 Mounir Baatour at at demonstration in Tunisia. (Photo courtesy of the International Policy Digest)

Tunisian authorities should drop the prosecution of a prominent activist on behalf of lesbian, gay, bisexual, and transgender rights (LGBT) over a post on Facebook perceived as offensive to Islam.

A logo of Human Rights Watch

The counterterrorism prosecutor of the First Instance Court in Tunis opened an investigation on November 6, 2019, into Mounir Baatour, a lawyer and president of Shams, a group that defends sexual minorities, on charges of incitement to hatred, discrimination, and violence. On November 4, Baatour had reposted on his own page content from a Facebook page called “The Untold in Islam,” accusing the Prophet Mohamed of being a rapist and a killer, and crudely deriding his sexual life.

“Baatour may have offended some Tunisians with his posts, but that is no reason to prosecute him,” said Amna Guellali, Tunisia director at Human Rights Watch. “Laws should be used to punish real incitement to imminent violence, not opinions, even if they are crudely expressed or hurtful to certain groups.”

The prosecutor charged Baatour under article 14 of the 2015 counterterrorism law, which considers as acts of terrorism “the incitement to hatred and to animosity between races, doctrines, and religions,” punishable by up to five years in prison. He also charged Baatour with “incitement to hatred, violence, and segregation toward persons or groups of persons based on racial discrimination” under article 9 of the law on “the elimination of all forms of racial discrimination,” adopted in October 2018 and punishable by three years in prison, and with “directly calling for hatred between races, religions, and populations,” under article 52 of the decree law of 2011 on freedom of the press.

Baatour told Human Rights Watch that he fled to France, where he is applying for asylum, after he received dozens of messages on Facebook Messenger from unidentified Facebook profiles calling him an apostate and threatening him with death. A well-known Tunisian preacher called for the application of the Islamic punishment against him for apostasy, which the preacher said is death. Tunisia has no law criminalizing apostasy. 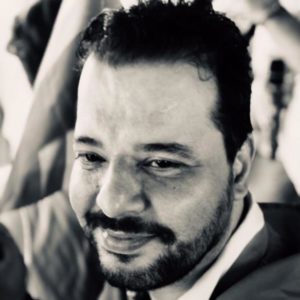 Tunisian authorities should stop prosecuting people who express views merely because they are deemed offensive to Islam or to other religions, Human Rights Watch said. The international human rights treaties signed by Tunisia protect such speech. Ridicule of religion should not be considered incitement to discrimination or hatred.

Tunisian authorities have also prosecuted others since 2011 for writings deemed offensive to Islam. On March 28, 2012, a First Instance Court in Mahdia sentenced Jabeur Mejri and Ghazi Beji to seven years in prison for satirical publications mocking the Prophet Mohamed. The sentence was upheld on appeal.

While the government has the obligation, under international law, “to prohibit any advocacy of religious hatred that constitutes incitement to discrimination, hostility, or violence” under article 20 of the Covenant on Civil and Political Rights, this power does not encompass the criminalization of criticism of religions or blasphemy against the sacred.

The United Nations Human Rights Committee, which interprets the covenant, in its General Comment No. 34 on freedoms of opinion and expression, considers it a violation of the right to freedom of expression, under the covenant, when countries impose “prohibitions of demonstrations of lack of respect for a religion or other system of belief, including blasphemy laws.” Such prohibitions, the committee wrote, should not be “used to prevent or punish criticism of religious leaders or commentary on religious doctrine and tenets of faith.”

The Rabat Plan of Action on the prohibition of advocacy of national, racial, or religious hatred that constitutes incitement to discrimination, hostility or violence, agreed by international experts on human rights, states: “Moreover, the right to freedom of religion or belief, as enshrined in relevant international legal standards, does not include the right to have a religion or a belief that is free from criticism or ridicule.”