A trial is under way in Nigeria for 47 men accused of making a “public show of same-sex amorous relationships,” which is punishable by up to 10 years in prison. 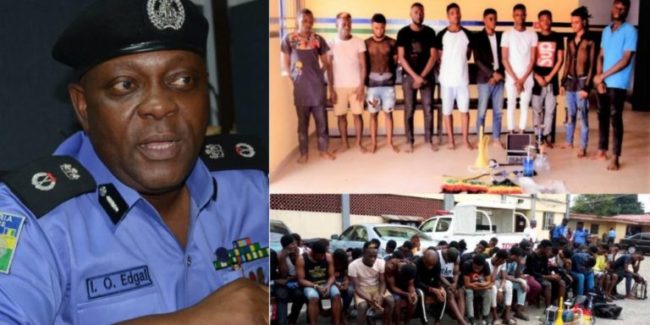 The men were among 57 arrested in an anti-gay raid in August 2018 at a hotel in Lagos, Nigeria

At the time of the raid, police said the men were being “initiated” into a gay club. The men disagreed, saying that they were merely attending a birthday party. They have all pleaded not guilty.

Reuters reported on the Feb. 4 session of the trial:

After months of delays, Nigerian prosecutors began presenting their evidence against 47 men charged with public displays of affection with members of the same sex, but asked for an adjournment after calling one witness. 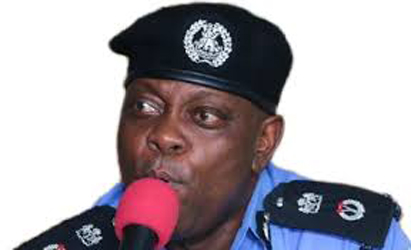 State police Commissioner Imohimi Edgal declared that the 2018 Egbeda raid was based on information from a “reliable source.” (Photo courtesy of Vanguard News)

Prosecution lawyer Ilyas Abdulrahman said their lead witness, the police inspector who led the raid in which the men were arrested, would appear on Wednesday.

The trial in Lagos is seen as a test case for a law that criminalizes homosexuality, which is outlawed in many socially conservative African societies where some religious groups brand it a corrupting Western import.

On Tuesday the prosecution called police Inspector Ade Adegboye, who said he knew three of the defendants from his “anti-cultism” work. He declined to answer questions from the defense and said nothing regarding the charges against the men, who face up to 10 years in jail if convicted.

The men were [the only ones charged from among 57 men] arrested in a police raid on a hotel in the Egbeda district of Lagos in August 2018. Police said they were being “initiated” into a gay club, but the accused said they were attending a birthday party.

Their case is seen as a test for a Nigerian law that bans gay marriage, punishable by a 14-year jail term, and same-sex “amorous relationships”.

The law caused an international outcry when it came into force in 2014. Nobody has yet been convicted under the law, prosecution and defense lawyers in the case have previously told Reuters.

The trial was previously adjourned twice without opening remarks because the prosecution did not bring its witnesses to court.