Ugandan LGBTQ ally Stella Nyanzi was ordered freed today after she had served 15 months in prison for insulting Ugandan President Yoweri Museveni and his family. 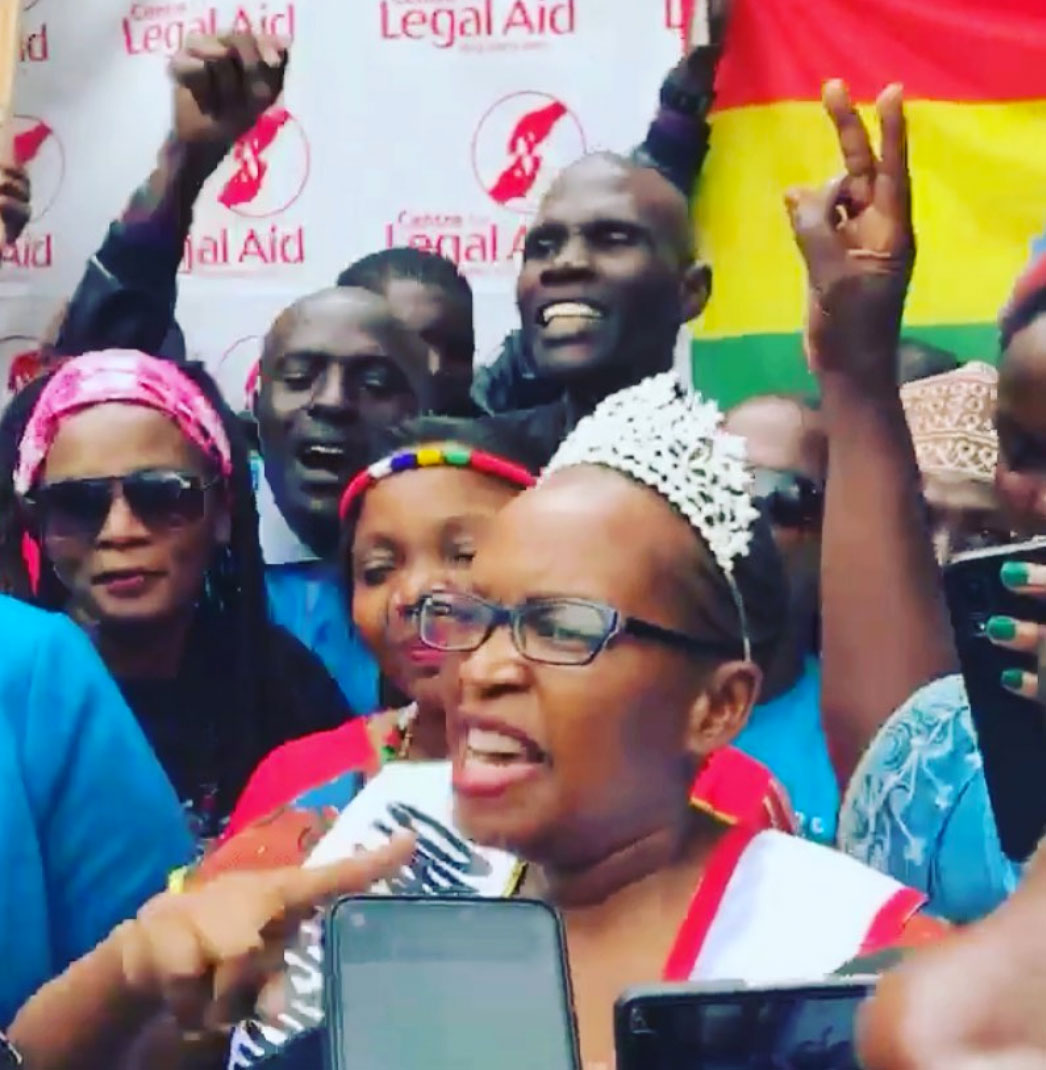 Stella Nyanzi celebrates her release from prison after the successful appeal of her conviction for cyber harassment. (Photo courtesy of Melanie Nathan)

High Court judge Henry Peter Adonyo quashed her conviction and her 18-month sentence, ruling that the magistrate who sentenced her last August at Buganda Road Court did not have jurisdiction over the case and had not given her a fair trial.

Nyanzi had been denied requests for expert testimony and for more time to reply after the prosecution finished its case.

Nyanzi, the 45-year-old mother of three, had been in prison since her arrest in November 2018. 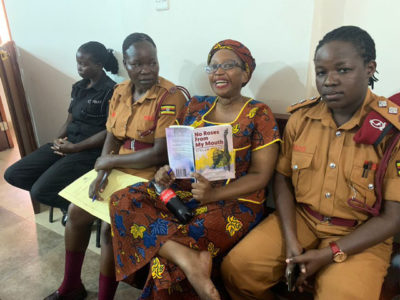 She was put on trial for a rude and crude anti-Museveni birthday poem that she posted on Facebook on Sept. 16, 2018, a day after Museveni’s 74th birthday.

After Adonyo’s ruling today, confusion erupted outside the court.

Her activist supporters took her outside. She spoke to the gathering about the injustice of her trial and imprisonment, then collapsed. Prison officials insisted on taking her, unconscious, back to prison for processing before granting her official release. The crowd objected and gun shots were fired in the air before Nyanzi was carried away.

At the court session, Nyanzi displayed “No Roses from My Mouth,” a book of poems that she wrote in prison. An electronic copy of the book is available from Amazon for $5.

Nyanzi is a medical anthropologist, feminist, queer rights activist, and scholar of sexuality, family planning, and public health. Prior to her imprisonment, Stella was an academic researcher at Makerere University’s Makerere Institute of Social Research (MISR) in Kampala. 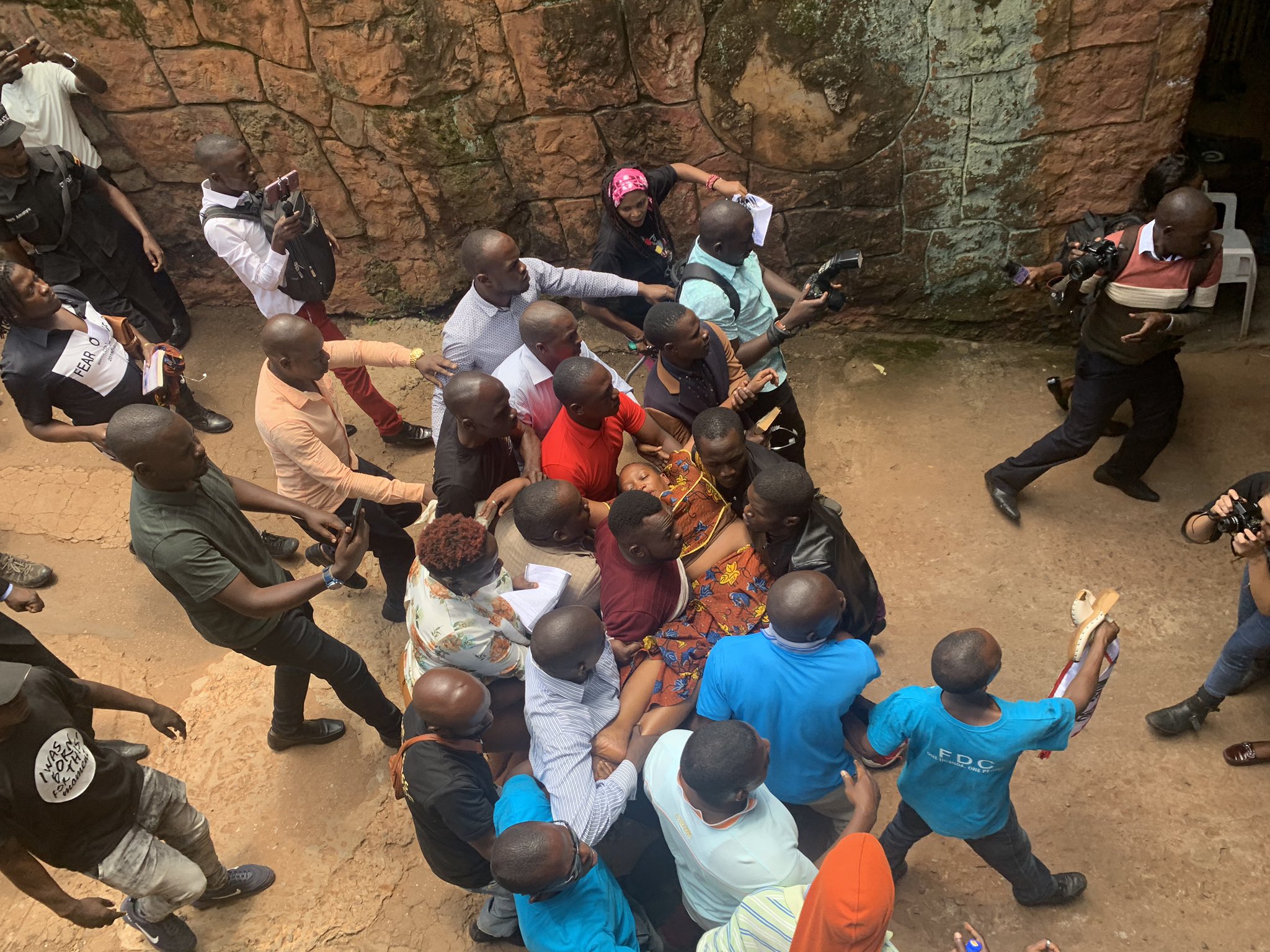 After today’s court ruling in her favor, Stella Nyanzi collapsed. She was then carried away for formal processing at Luzira Prison before being officially released. (Photo courtesy of Halima Athumani @Navilani)