In Nigeria, where LGBTIQ+ persons face many struggles due to the country’s homophobia, the new Qtalk app provides some relief, as the following stories show. 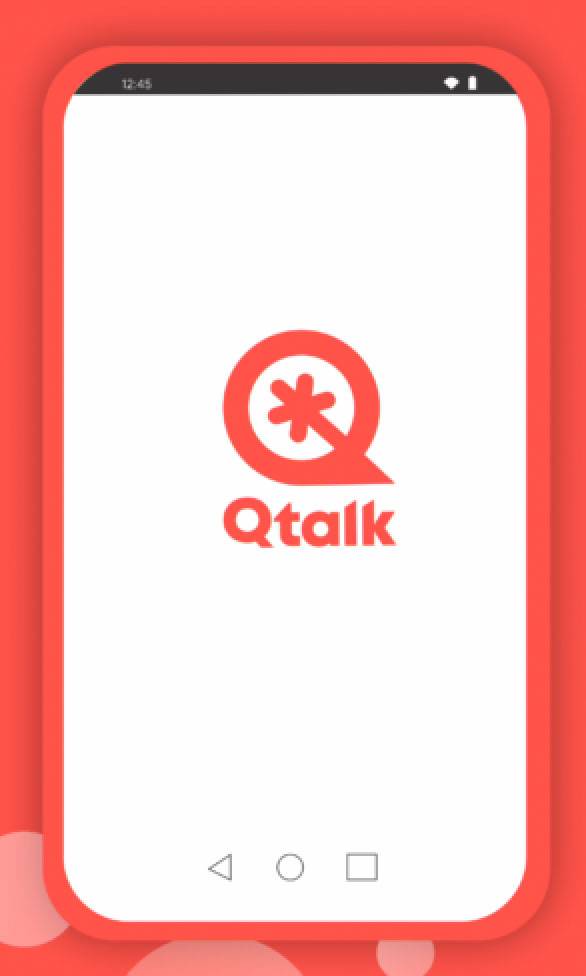 Those are some of the issues that LGBTIQ+ Nigerians have discussed with counselor through the Qtalk mobile app.

Counselors selected the following five (anonymous) cases to show what LGBTIQ+ Nigerians face and how Qtalk is helping.

The Qtalk app, launched in February,  is an LGBTIQ+ social and counseling app through which LGBTIQ+ Nigerians can access FREE psychosocial and legal support/advice.

Bullied and disowned for being gay and effeminate, thinking of suicide

Lou (a pseudonym), a 17-year-old Nigerian gay teenager, told  a counselor on the Qtalk app that he was considering suicide after he was disowned by his homophobic father.

Lou often feels misunderstood and has been bullied at school for being effeminate. He is also the target for continual mockery because of his reserved nature.

“…When I was in school, I was subject to bullying. They called me names like ‘Bobrisky’ [the popular online Nigerian trans celebrity] and ‘gay’. Plus, I also live with very homophobic people,” he wrote.

During the Qtalk session, his counselor validated Lou’s feelings of frustration and expressed understanding about his suicidal thoughts. Lou was not wrong for being the way he is, he said. Lou’s schoolmates and family were ignorant, acting based on what they have been told or heard about what or how a man should look or act, the counselor stressed.

A young Nigerian gay man is out to his family. They seem cool with him, but their only concern is that he was sinning for being gay.

In the session with the young man, the counselor acknowledged that it was true that parts of the Bible do appear to speak against homosexuality. But he stated that an in-depth study of the Bible and extensive valid research studies have revealed that the Christian scriptures have been misinterpreted by many. The result is a disagreement among Christians about homosexuality as a valid sexual orientation.

Worried and confused about strange whitish discharge from the anus

A young man in a session with a counselor said he was increasingly worried about a strange whitish discharge from his anus.

“I have noticed something in my anus recently, like a white tissue that comes out and goes back by itself I don’t know what that means,” he wrote.

The counselor referred the young man to a medical facility close to him for a physical examination. However, he assured him that it wasn’t something to be too scared about, as the condition appeared treatable.

Baribe (name changed), a Nigerian gay teenager in Rivers State, shared what happened to him after he was sexually intimate with a guy he had hooked up with.

In the session with a counselor, he narrated how he met a young man who agreed to the hook-up. They had sex and, after the experience, the young man left, taking Baribe’s mobile phone with him.

“When I went to look for him, his family confronted me and asked if I was the one who tried to have sex with their son. I was shocked. But now the issue is that he is now threatening me with the community youth that he will expose me,” Baribe wrote.

Baribe was advised by the counselor, who is a legal expert, to report the issue to the police. The counselor stated that, since there was no evidence to back up the young man’s claim, Baribe was surely going to get justice.

Adewale (name changed), age 21, reached out to counselors on the Qtalk app to seek support in dealing with multiple layers of frustration that had caused him to fall into a deep depression.

“I have been suffering for over a year now. I thought things had gotten better after I secured a job in a hotel. But as a result of the Covid-19 pandemic, I was laid off. This caused me to struggle with rent and now I stay hungry almost every day. I am becoming very depressed again, I don’t think I will survive it this time,” Adewale wrote.

He was referred by a counselor to an LGBTIQ+ organization close to him. He was also linked up with some people who were able to support him with some funds. Now he is more stable and hopeful.