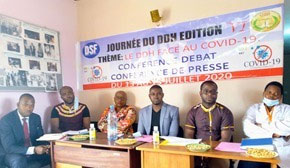 A law to shield human rights defenders from harm is needed “in order to protect the work that these defenders do on the ground,” declared Jean Paul Enama, executive director of the LGBT rights and health advocacy group Humanity First Cameroon.

“We need such a law in Cameroon so that the human rights defender will no longer worry [for personal safety]. He is campaigning for a noble cause. He works to improve society. He is not the enemy of the nation,” 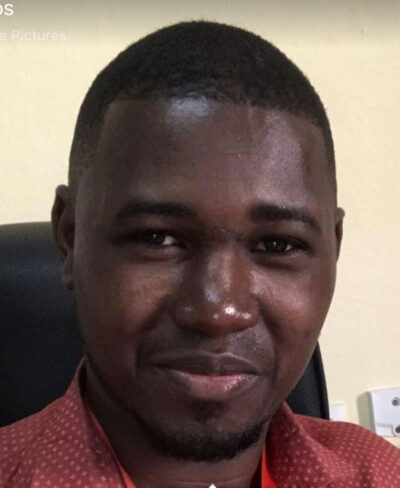 Proposals for a rights defenders law were a key topic at a panel discussion and press conference on July 15, which is celebrated annually as Human Rights Defenders Day in Cameroon.

The event is a protest against violence and persistent abuses of human rights in Cameroon, while also serving as a commemoration of the assassination of Eric Ohena Lembembe, the executive director of the LGBT advocacy group Camfaids on July 15, 2013, in his home in Yaoundé.

Humanity First will lobby for a rights defenders law and will join in dialogue about the proposal with other interested parties, Enama stated.

“We will include the government in the discussions to together identify what is the best model that will work in Cameroon,” he said. 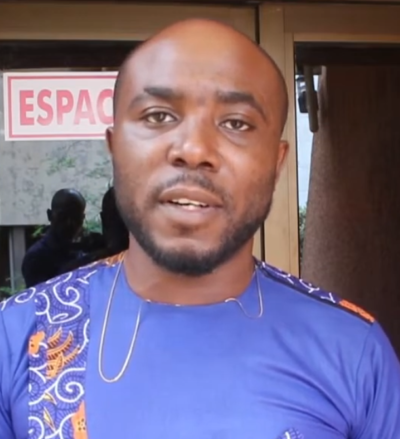 Nickel Liwandi Kamen, executive director of Camfaids, declared that “We want the state to set up a mechanism we can turn to in cases of [violations of rights, attacks, intimidation etc.] A law will guarantee defenders a certain freedom, a certain legality which will already be a good start. But if nothing is done operationally, a law alone will not be enough.”

Stephane Aboa, executive coordinator of the legal aid group Defenders Without Borders, which organized the activities of this year’s Human Rights Defenders Day, called on the general public, national and international organizations and politicians to support human rights defenders in the work that they do daily to promote and protect citizens’ rights.

Eva Etongue Mayer, secretary general of the National Commission for Human Rights and Freedoms, said, “Everyone can be a defender because the defender is anyone who feels a desire to help someone who has a legal problem. We are all defenders. There is no special status. But in society to express ourselves well we need to be supervised, a legislative framework. It is about acting under the cloak of organizations. There are associations, NGOs, the Human Rights Commission, churches etc … which are there to provide guidance.”

She stressed that even wthout a new law, human rights defenders can do their work.

“We should not wait for a law on defenders. What is important for us is to continue to educate ourselves. When you are trained, you know you can avoid traps, arrests etc. We must act in accordance with the legal framework,” she said.

Loading...
Newer Post
Nigerian ex-youth pastor shares throwback of struggles with being gay
Older Post
Here’s how you can support the repeal of Nigeria’s anti-gay law