The Human Rights Awareness and Promotion Forum (HRAPF) has been lauded by LGBTQI+ rights advocates and allies in Uganda for acquiring a new and permanent home. 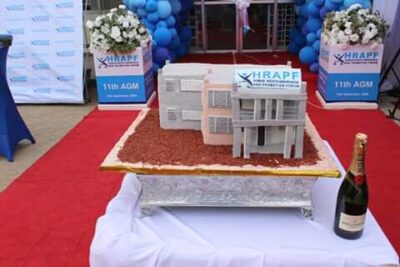 A cake with an impression of  the new HRAPF premises.

It was a milestone worthy of celebration. The new office was unveiled during a  ceremony held at the new premises on 12th September 2020.

Among those who hailed HRAPF was Dorothy Amuron, a lawyer and human rights advocate based at the Center for Health and Human Rights and Development (CEHURD).

The move is a landmark achievement in the struggle to take human rights to all, she said.

“Jane”,  lesbian sex worker, said 2020 has been a dark year for LGBTQI+ people but the HRAPF achievement brought a  smile to her face.

“The fact that we are discriminated and stigmatized does not mean that we should not celebrate such victories” she said.

From its inception, HRAPF has been at the forefront advocating for the rights of LGBTQI+ people in Uganda by challenged human rights violations and abuses directed at all Ugandans including LGBTQI+ populations. 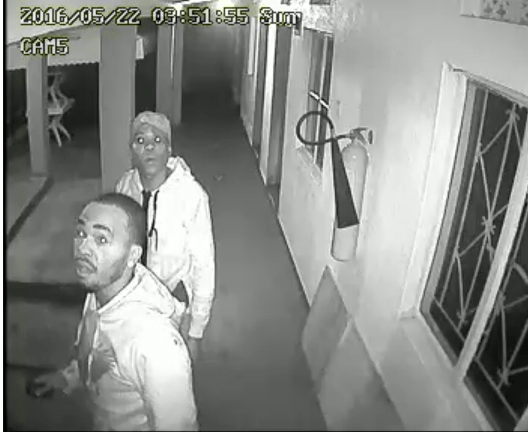 Criminals recorded on closed-circuit camera breaking into HRAPF’s old offices in 2016. They killed an HRAPF security guard but have never been prosecuted.

“As an organisation, the main reason for seeking to acquire our own premises was security. We had been attacked violently two times at our former offices with loss of life in the first incident and severe injuries in the second one.

“We then invested a lot of money for security but it was counterproductive and challenging to install security systems in a building you did not own. We thus reached out to our donors and partners who agreed to contribute towards us getting our own home which we would then be able to invest in its security, knowing that it was more or less permanent”. 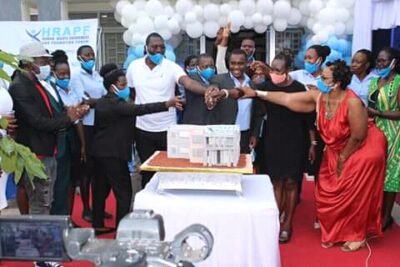 HRAPF Executive Director Adrian Jjuuko, third from right (front row), staff, partners and allies during cutting of the cake to celebrate getting their new offices.

Asked how the new home will affect HRAPF clients, Dr. Jjuuko said the organisation is now more centrally located than before, and much more accessible within the Ntinda neighbourhood, where many of the clients reside or work.

“We believe the services have now come close to the groups that we serve, and also that the premises are more secure than where we were before. We also promise improved services to our clients,” he said.

“It would be difficult for an organisation with its own premises to entirely disappear. There is permanency to having a building that you own,” he noted.

Using the power of the law and the media, HRAPF has won human rights cases in courts of law and empowered communities whose rights are under threat.

For example, with support from HRAPF, 20 Ugandan LGBT youths recently sued a town council official and a prisons officer for human rights violations.