Juk and Mike are two young gay men who decided that exile was preferable to continuing to endure anti-gay violence, hostility and discrimination in Cameroon. 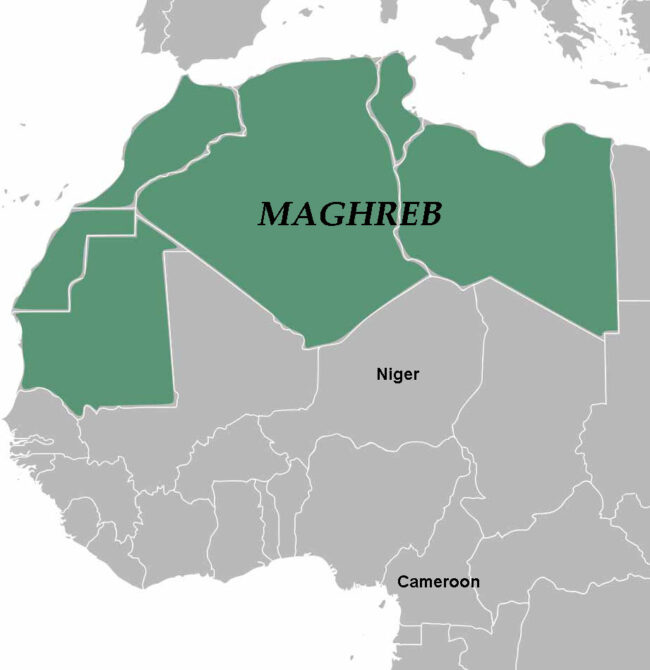 Map shows Cameroon, which Juk and Mike fled last year; Niger, where they are now surviving with difficulty; the Maghreb countries (in green), where they hope to go next; and beyond that, Europe, which they hope to reach after a dangerous crossing of the Mediterranean Sea.

Aged 28 and 30 respectively, Juk and Mike fled to Niger in November 2019 to escape the traumas of life in Cameroon, where being insulted and even assaulted for their sexual orientation was a routine part of their daily lives.

Their ultimate goal is to live in Europe.

They are currently experiencing difficulties in Niger, where they have no jobs, little food and poor housing. The society of Niger is homophobic, but unlike Cameroon at least it has no law against sexual relations between persons of the same sex.

In any case, their focus is on their next step — to travel further north.

They have been together for five years, but their families rejected their relationship. In early 2019, they left their homes and moved together to a remote corner of the city of Yaoundé.

There they hoped to escape from hostile looks and hurtful comments, but they could not find employment because of their sexual orientation.

With no regular income, they could not pay their rent or buy food. With little money between them, they nevertheless decided to leave Cameroon to take the road to Europe in search of happiness, tolerance and acceptance.

In Cameroon, they applied for asylum abroad, but soon learned that people can only apply for asylum when they reach the country where they’re seeking refuge.

Currently, the couple is living in Niger, waiting for a chance to get to the Maghreb countries of North Africa and then try to make the dangerous crossing to Europe.