Arrests, assaults, rapes, expulsion, exile — an LGBTQ rights leader in Senegal explains his struggles against violent and hypocritical Islamic homophobia, including the rescues of victims of religious militias in the holy city of Touba. 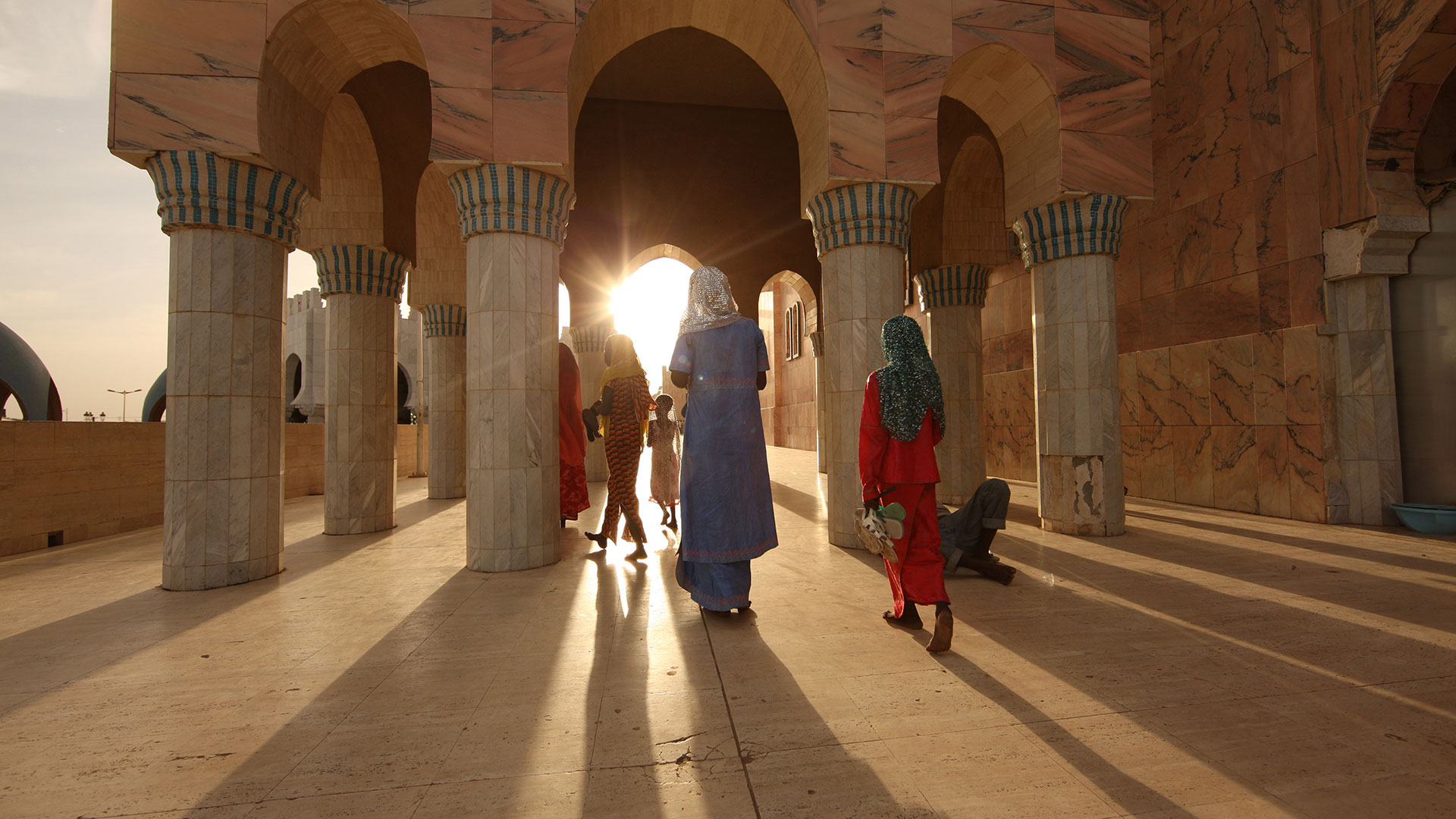 In an interview, Souleymane Diouf (a pseudonym) recounts the difficult, dangerous work of his small LGBTQ group known as the FREE Collective, which comforts the victims of anti-gay religious militia in the city of Touba in the Diourbel region of Senegal.

Touba is considered holy by followers of Mouridism, a Sufi Islamic movement that is popular in Senegal.

At last count, of 11 young gay men who have been attacked or arrested since Sept. 20 in Touba, the FREE Collective had helped six leave the country and was sheltering four who also hoped to flee after their arrest by the Safyatoul Haman religious militia.

The whereabouts of the 11th man was unknown. On Oct. 8, that man was beaten up, filmed and expelled from Touba by members of the Xudamoul Xadim religious association (a “dahira”), which is loyal to a local Mouride Sufi sheik (a “marabout”).

Diouf himself was assaulted on Oct. 5 by members of a Touba paramilitary religious militia. During that attack, his hands and forearms were slashed.

Below is a translation of a telephone interview with Souleymane Diouf by Erasing 76 Crimes journalist Moïse Manoel:

Since the latest arrest of a gay young man, filmed by Xudamoul Xadim, what has happened to this victim?

Since this arrest, our FREE Collective has tried to find him. Sadly, homophobic persecutions occur daily in Touba and we still do not know if this young man is still alive, or where he is.

Map of Senegal shows Touba and the Gambia. (Map courtesy of AFP)

We ourselves are being hunted. They are trying to dislodge us from the Diourbel region and we face the challenge of helping victims of homophobia while we ourselves are under close surveillance and are repeatedly threatened. Civil authorities do nothing to uphold the rule of law. The freewheeling religious militias in Touba enjoy complete impunity, as do their leaders, the Mourid holy men [teachers of the Quran known in North Africa as “marabouts”].

Since the roundup of Sept. 20, with the arrest of 10 young gay men, things have clearly gotten worse on the ground. The situation continues to deteriorate as the marabouts spread hatred of LGBT people. The balance of power is very unfavorable to us, but we are trying to resist, although we do not benefit from financial support at the national level. Our lifeline comes most often from our friends and angel donors outside the region.

The marabouts try to impose their law through fear and coercion. They  use their financial might to accustom the inhabitants to their hate speech. In this climate, for security reasons, we lack volunteers within the FREE Collective. People are reluctant to show up in the field. Being an activist in Touba and its region is very difficult. If I’m not there, things take longer to get done, in terms of coordination, because I’m the most experienced activist.

Since your assault on Oct. 5, have police investigated?

I have no news from the investigation, just rumors that an investigation might actually be under way. That’s always the case when it comes to assaults targeting sexual minorities.

For my part, following this attack, I lost my job and I lost my self-confidence. I am suspicious and on edge because of the many threats I have received.

I even had to move. Even so, fanatic individuals still manage to find me on  Facebook, where I receive torrents of insults. Much worse shows up by email.

How can it be in 2020 that I cannot live safely in my own country because of my sexual orientation?

The French LGBTQ advocacy group ADHEOS has appealed to the French Ministry of the Interior not to allow travel in Europe by Sérigne Cheikh Lo Ngabou, head of the Safyatoul Haman militia.

Faced with international outrage over the actions of religious and homophobic paramilitary militias, what has been the reaction of Senegalese religious leaders?

They are upset. They believed that they could keep the situation under control and that the impunity of local militia would allow them to enjoy some peace of mind when traveling abroad. You know, the marabouts hold homosexuals with the greatest contempt in Senegal and they did not think that LGBT people could one day put pressure on European authorities by evoking the absence of the rule of law in Touba.

Now the Mourid marabouts will try to use their influence within the Senegalese government to try to find whoever worked with the international community to push for the sanctions on Serigne Cheikh Lo Ngabou. Rumors are that the government is circulating lists of names of suspects.

For the moment, the European Union has not yet imposed sanctions on Serigne Cheikh Lo Ngabou.

Beyond Touba, extremist organizations such as [the anti-gay Islamic organization] Jamra are well established in Senegal. They spread extremely harmful, toxic and “radioactive” messages against LGBT people, including calls for murder.

Radical Islam has no place in the Muslim world. Islam is a religion of tolerance. As soon as we forget that, we end up dealing with jihadists. Our role as LGBT activists is to assess the dangerousness of this type of person.

What does civil society do about homophobia from religious leaders?

Civil society does not get involved. It does not respond to the acts of homophobia that are encouraged by the marabouts. When we are attacked, they do not come to our aid. Civil society organizations have no strategy for responding to the security issues facing LGBT activists whose lives are in danger.

I have been deeply disappointed by the reaction of civil society to what has happened to me. It is only gay activists who are not protected. We can only count on ourselves and the support of the international LGBT community. I am one of the last remaining LGBT activists in Senegal. Some of us have had to flee to rebuild our lives elsewhere. Only a handful of us are determined to stay in Senegal. 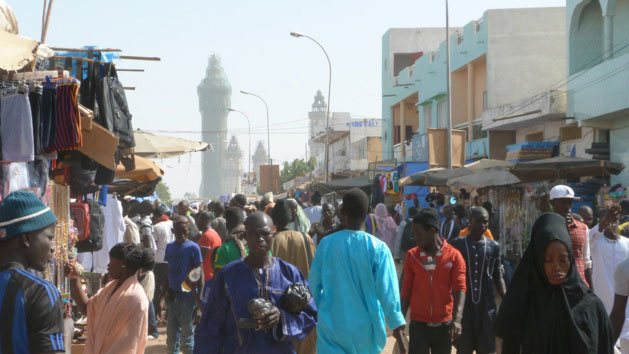 The latest victim, the man who was arrested on Oct. 8, had been sexually assaulted by his own marabout since his childhood. However, that rapist never got into trouble either within the Murid brotherhood or from the Senegalese justice system. Parents of students in Sufi schools in Senegal tend to remain in denial rather than heeding the stories of rapes suffered by their sons.

It is not uncommon to hear marabouts say that, in order to have money, you need to act like their lucky charm and sleep with homosexuals. In their mix of mysticism and Islamic precepts, homosexuals and albinos are particularly vulnerable to their widespread esoteric practices. Even high-society personalities are doing it.

How do you see the future for LGBT people in Senegal, as well as for yourself?

The future for the LGBT community in Senegal may be quite difficult, as the Senegalese government does not protect this social group from the many abuses it faces.

Within the Murid brotherhoods, the marabouts have militias that can attack LGBT people at any time. If there is no change in laws and institutions in the years to come, the future is likely to be very complicated.

A persecuted LGBT person is someone with no housing, no work, no training. Under these conditions, how can we speak of reducing the prevalence of HIV / AIDS among gays, for example? This is one of the many challenges that Senegal faces. At some point, to improve health indicators, discrimination needs to be rolled back.

Personally now, I do not yet see a future taking shape, because my present is always seen in dotted lines. My personal life is still very threatened. My lifeline and my reasons for hope are based more on international synergies than on the dynamics of change that may come from my own country. That saddens me.