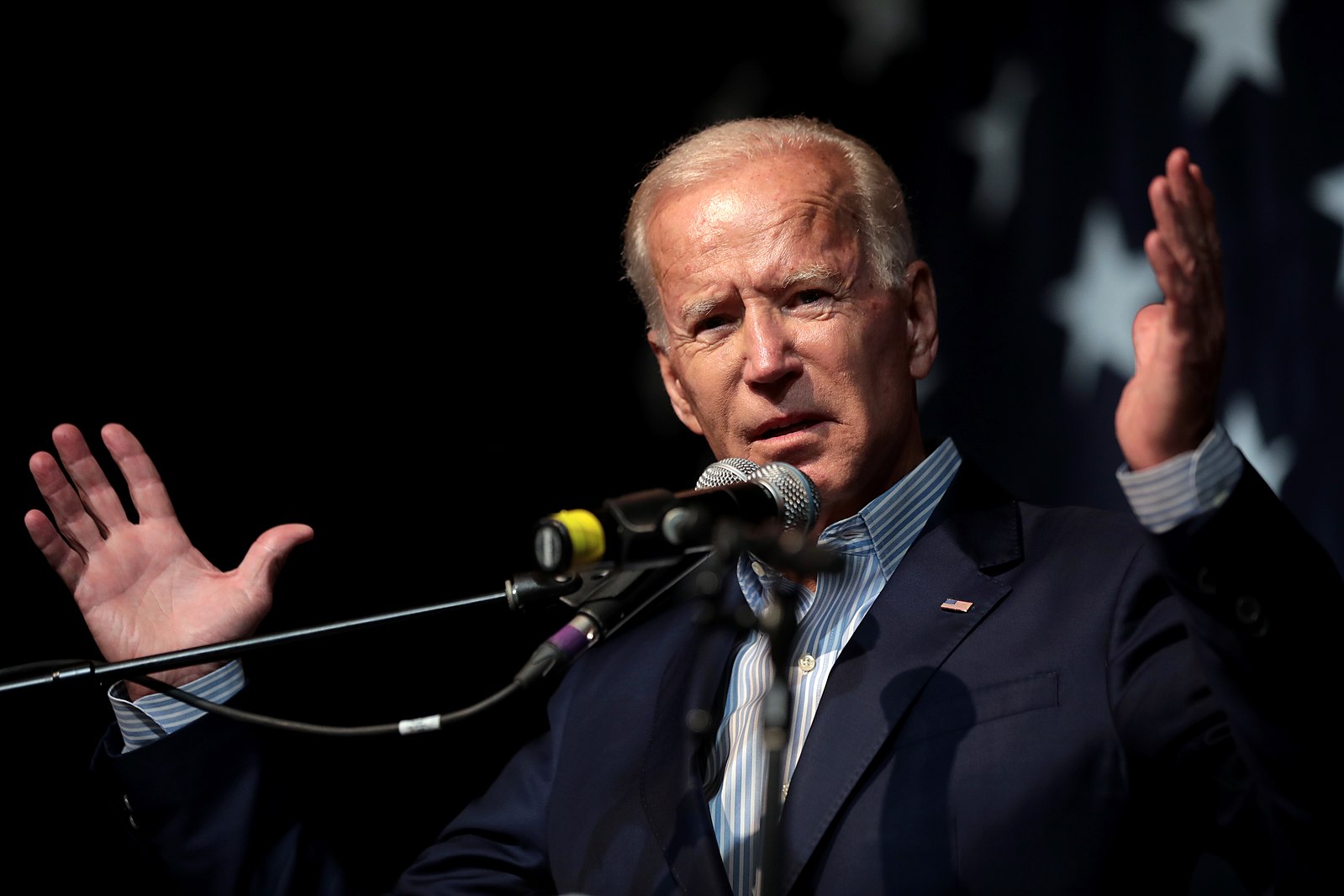 Biden’s statement came in a Q&A interview with the Philadelphia Gay News.

Biden, who is running as the Democratic Party’s challenger to President Donald Trump, said he would take action against governments that “restrict the rights of LBGTQ+ individuals, or allow violence or discrimination.”

He added that, working with international partners, he would “use America’s full range of diplomatic tools to influence that government’s behavior, including private diplomacy, public statements, and multilateral initiatives at United Nations agencies. We will also use direct pressure tactics as appropriate, including sanctions, to respond to violations of human rights, including LGBTQ+ rights.”

In the past, such direct pressure from Western nations in defense of LGBTQ+ rights has met fierce resistance from leaders of African countries. The African leaders have accused activist U.S. and European governments of neocolonialism and disrespect for local sovereignty. At times local African LBTBQ+ organizations have advised Western leaders to ease off their criticisms in order to avoid a homophobic backlash. 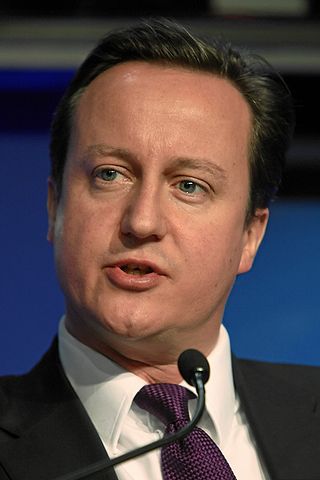 In 2011, then Prime Minister David Cameron of the United Kingdom threatened to trim aid to countries that didn’t repeal their anti-homosexuality laws. Instead of leading to positive changes, that threat was roundly criticized as a prime example of neocolonial arrogance.

However, a more carefully targeted approach apparently worked in 2014, when Uganda’s harsh Anti-Homosexuality Act led to the World Bank suspending a planned $90 million loan to Uganda. At the same time,  European donors and the United States rerouted aid away from the Ugandan government and to non-governmental organizations serving Ugandan people. After a Ugandan court overturned the law on a technicality, it was never re-introduced in parliament.

In the interview, Biden pledged to support LGBTQ+ rights in the United States and to protect trans Americans from violence. He also criticized the current administration’s “treatment of LGBTQ+ Americans, which signals a tolerance for abuses by other countries, and its utter failure to defend American diplomats who speak out for LGBTQ+ rights abroad.”

In late 2019, the United States recalled Ambassador Daniel Foote from his post in Zambia after the president there declared him unwelcome for protesting 15-year sentences that a Zambian court imposed on a gay couple. 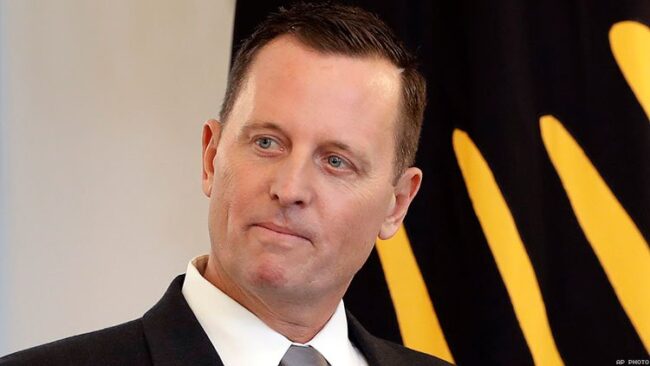 In general, the Trump administration has sought to scale back LGBTQ acceptance in the United States, including barring trans people from the military.  But in early 2019, Trump supporter Richard Grenell, the openly gay U.S. ambassador to Germany, launched a largely ineffective international initiative against anti-gay laws in 73 nations. Its main focus was on one longtime U.S. adversary, Iran.

Biden pledges to be a more effective LGBTQ+ advocate, both in at home and abroad.

These are excerpts from the Biden interview:

Q: What can you do as President about nations that still put LGBT people in jail, publicly whip them, execute them, or allow honor killings because of sexual orientation or gender identity?

It is our responsibility to advance human rights and development in our country and beyond our borders. As Vice President, I traveled the world on behalf of the Obama-Biden Administration and repeatedly spoke out to recognize LGBTQ+ rights as human rights, and to advance opportunities for LGBTQ+ individuals. As President, I’ll restore America’s global leadership on LGBTQ+ issues and actively combat violence and discrimination that is far too rampant. I will build on the Obama-Biden successes and repair the damage wrought by the Trump-Pence Administration’s treatment of LGBTQ+ Americans, which signals a tolerance for abuses by other countries, and its utter failure to defend American diplomats who speak out for LGBTQ+ rights abroad.

I will lead a coalition of like-minded governments and international organizations to advance protections for LGBTQ+ people. This includes the decriminalization of identities and relationships and responding swiftly to threats against LGBTQ+ rights. If governments restrict the rights of LBGTQ+ individuals, or allow violence or discrimination, my Administation, working with partners, will use America’s full range of diplomatic tools to influence that government’s behavior, including private diplomacy, public statements, and multilateral initiatives at United Nations agencies. We will also use direct pressure tactics as appropriate, including sanctions, to respond to violations of human rights, including LGBTQ+ rights. I’ll stand up to bullies and once more put human rights at the center of America’s engagement with the world.

Q: Over 30 trans people, most of them people of color, have been killed in the U.S. this year. What can a Biden Administration Justice Department and HHS do to address the wave of violence and murder of trans people?

Violence against transgender and gender non-conforming people, particularly Black and Brown transgender women, is an epidemic that needs national leadership. So far this year, the Human Rights Campaign has tracked 33 transgender or gender non-conforming people who have been violently killed. This is the highest number on record with more than two months left in the year, and the vast majority are Black and Brown transgender women. It’s intolerable and has happened right here, in Philadelphia. Mia Green and Rem’mie Fells suffered an unimaginable fate.

These deaths don’t exist within a vacuum. Dehumanizing government actions and rhetoric as well as a failure to address risk factors like domestic and intimate partner violence, underemployment and unemployment and poverty, housing insecurity and health disparities, put this community at risk. From banning transgender patriots from serving their country, to attempting to limit transgender people’s access to health care in the midst of a pandemic, to literally erasing the word transgender from some government websites, Trump and Pence have fueled the flames of transphobia in our nation while refusing to acknowledge the epidemic of violence.

Solving this epidemic of violence doesn’t just require a President who actually recognizes it as fact, but one who believes in the humanity and dignity of transgender people.

During my first 100 days in office I will direct federal resources to help prevent violence against transgender women and transgender women of color. Recognizing that employment and housing discrimination lead to increased risk of homelessness and violence, I will also work to pass the Equality Act to reduce economic barriers and social stigma, and the LGBTQ Essential Data Act, which will help collect critical data about anti-transgender violence and the factors that drive it. I will also direct my Administration to update the FBI’s Uniform Crime Reports Supplementary Homicide Reports (UCR-SHR) to include sexual orientation and gender identity or expression, which will improve our ability to fully diagnose and measure the extent of violent crimes against LGBTQ+ victims.

Over the years, I have championed more than a dozen bills around hate crime prevention efforts, including legislation in 1989 requiring the government to begin collecting data around hate crimes based on sexual orientation, and landmark legislation in 1994 allowing harsher penalties for crimes based on sexual orientation. In 2009, President Obama and I championed and signed the Matthew Shepard and James Byrd, Jr. Act Hate Crimes Prevention Act into law, which expanded the nation’s hate crimes law to include crimes based on one’s actual or perceived gender, sexual orientation, gender identity, or disability. But today there is still so much more work to do. I will strengthen enforcement of the Matthew Shepard Act by increasing funding for anti-bias and hate crimes investigation training. I will work with Congress to pass both the Khalid Jabara and Heather Heyer No Hate Act, which would require national hate crime reporting and data collection, as well as victim assistance and support, and the End Racial and Religious Profiling Act, which as HRC describes “would prohibit law enforcement from targeting a person based on actual or perceived race, ethnicity, national origin, religion, gender, gender identity, or sexual orientation.” In addition, I will ensure that my Administration’s Department of Justice makes hate crimes a prosecutorial priority. 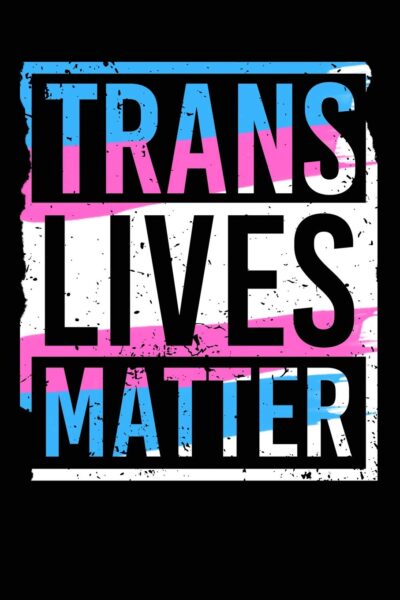 Joe Biden: “I believe that Trans Lives Matter and, as president, I will fight on behalf of every vulnerable person in this country.”

Additionally, transgender and non-binary people without identification documents that accurately reflect their gender identity are often exposed to harassment and violence and denied employment, housing, critical public benefits, and even the right to vote. The Obama-Biden State Department led the way by updating its gender change policies for passports. As president, I will build on this action to ensure all transgender individuals have access to identification documents that accurately reflect their gender identity, a key step to reducing anti-transgender discrimination, harassment, and violence. I believe every transgender or non-binary person should have the option of selecting “X” as their gender marker on government identifications, passports, and other documentation. I will support state and federal efforts to allow for this accurate representation.

I will also work to increase the safety of transgender individuals who are incarcerated. The Obama-Biden Administration issued guidance on implementing the Prison Rape Elimination Act (PREA) standards, requiring gender identity be considered when making housing assignments. The Trump-Pence Administration’s Federal Bureau of Prisons rolled back this guidance, requiring biological sex to be used in housing determinations, putting transgender inmates in serious danger of assault and rape. As president, I will reinstate the Obama-Biden guidance and direct my Justice Department to ensure that federal and state correctional facilities comply with the PREA standards. In addition, I ensure all transgender inmates have access to appropriate doctors and medical care – including OBGYNs and hormone therapy. And, I will require the Bureau of Prisons to revise the Transgender Offender Manual to once again include protections for transgender individuals who are incarcerated.

I will also support reforms that allow transgender Americans incarcerated in federal prisons to petition to change their legal names and gender identity on official documents, and will support a prohibition on gay and transgender “panic” defense and increase LGBTQ+ cultural competency trainings and bias trainings for law enforcement offices.

I believe that Trans Lives Matter and, as president, I will fight on behalf of every vulnerable person in this country.