Report: Uganda Police are No. 1 violator of LGBT people’s rights

The Uganda Police Force is the single biggest violator of human rights of sexual minorities, a new report found. 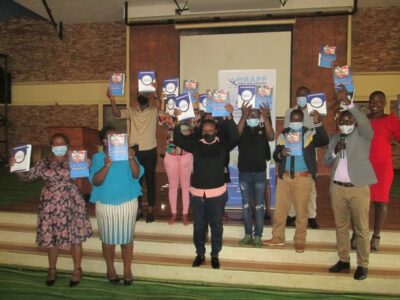 Activists at the launch of the report in Kampala recently. (Photo by Joto La Jiwe)

The report focused on human rights abuses in 2019 suffered by Key Populations — groups most at risk of contracting HIV, including trans person, gays and other men who have sex with men (MSM).

Titled “The 2019 Consolidated Human Rights Violations Against Key Populations in Uganda”, the report  was recently launched in Kampala by the Human Rights Awareness and Promotion Forum (HRAPF), a legal support organization that helps LGBTI people.

The report says that the Uganda Police Force was responsible for 383 out of the documented 388 human rights violations in 2019 — in other words, 99% of the total.

“Over the past year, there has been a stark upsurge in violations committed against MSM and transgender persons in particular and these groups suffered by far the most recorded violations during 2019.”

All the cases in the report were independently verified through reference to case files and interviews with the victims of the violations and the lawyers and paralegals that handled the cases, he said.

A total of 450 violations were committed against the various KP groups during 2019. Of those, 388 were human right violations committed by state officials and state workers. Another 62 were violations of human dignity (mostly acts or threats of violence) by private individuals.

Out of the 388 human rights violations, 141 violations were directed at MSM and 62 at transgender persons.

In an incident in October 2019, a group of 16 MSM, including activists, were trapped in the offices of a Kyengera-based LGBT organisation by a mob of homophobes. In the course of “coming to their rescue”, police confiscated the victims’ possessions, insulted them and failed to provide them with equal access to the law. 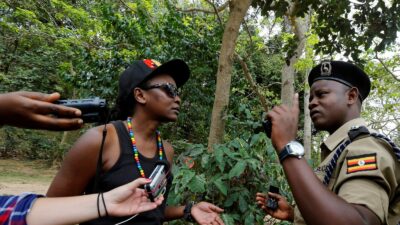 Susan Baluka, one of the lawyers handling the cases, said that during the year 2019, the state protected the rights of MSMs in only one recorded case.

“There were no recorded instances of the state protecting the rights of transgender persons”, she said.

While officiating at the report’s launch, Ms. Dora Kiconcothe, executive director of the Uganda Network on Law, HIV and Ethics (UGANET),  said; “2019 was a notorious year, so what next? We have seen that the transgender community is deeply in trouble. We have [tons] of evidence in our hands; let us circulate them in the key offices.”

Ms Dora Kiconco, the executive director of the Uganda Network on Law, HIV and Ethics (UGANET), a partner to HRAPF, speaks at the report launch.

This report is the second such report published by HRAPF. The first report recorded violations committed against key populations (KPs) in 2018.

Most KP groups in the report experience criminalisation of their identity or behavior. For MSM, criminalisation occurs in Section 145 of the Penal Code, which outlaws “carnal knowledge against the order of nature”.

Transgender persons are not directly criminalized under any provisions of law. However, they are denied legal recognition of their lived gender, which can cause considerable difficulties in everyday life; their physical appearance may not necessarily reflect the same gender as their identification documents.