This is a love story, but not a usual one: A young couple fell in love and got married. The bride’s parents objected. So far, so familiar. But here’s what’s next in this love story from Mauritania: death threats, beatings and a desperate escape to seek asylum abroad. 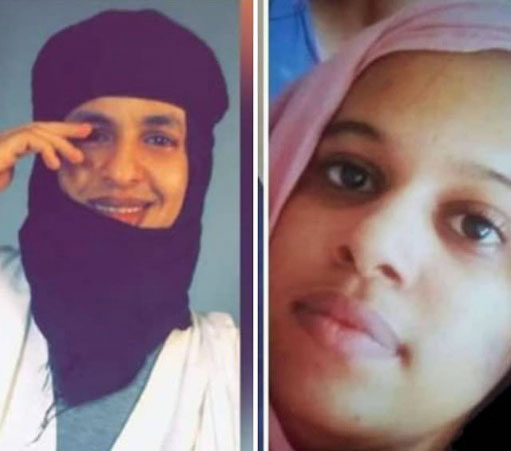 This is the love story of Ely and Fatma as related by the couple themselves — the groom, Ely Sid Ahmed Abeid, age 23, and the bride, Fatimetou (Fatma) Atighou El Hadj, age 21.

They tell their tale from a safe house where they are currently hiding, sheltered by members of the FREE Collective in Senegal, which in recent months has mostly been busy helping gay men who are the targets of Senegal’s ongoing anti-LGBT crackdown.

Ely and Fatma: a story of love, hatred and tradition

Map of Mauritania shows Nouadhibou on the north coast; the capital city, Nouakchott; and Dakar, the capital of Senegal. (Map courtesy of Britannica.com)

Mauritania is an Islamic republic founded on the basis of Muslim sharia law, in particular the Islamic Maliki tradition.

But sharia law isn’t the only factor determining what’s permitted in Mauritania. The customs of several competing local tribes are also influential in Mauritanian society.

The story of Ely and Fatma begins in 2018, when they met as law students at the University of Nouakchott in Mauritania’s capital city.

“Our love affair began when we saw that we shared many values ​​and principles,” Ely recalls. “We are also opposed to the racist and tribal system that separates individuals according to feudal and tribal affiliations.”

Like Romeo and Juliet, they came from hostile tribes.

Fatma is a descendant of the maraboutic tribe Ehel Barikalla, which has strong connections to Muslim religious teachers (marabouts). The tribe is especially influential in Mauritania because many members of the group work in national security.

Ely is a descendant of the Ewlad Ghaylane warrior tribe.

Both tribes are ranked as nobility in the ancient hierarchical system of the Moors, but some maraboutic tribes do not allow their daughters to marry into the warrior tribe. That tradition, dating back to the 19th century, reflects the tribes’ conflicting roles in the Char Bouba war of 1644-74.

Fatma’s father refused to accept her relationship with a man from the warrior tribe. In March 2020, he told her she must end the relationship or die. When she refused, he began beating her.

Ely and Fatma were undeterred. They decided to run away, hoping to put pressure on her family and persuade them to accept a marriage.

In Fatma’s absence, her parents called Ely’s family to tell them that they would accept the marriage if Fatma would return home and if Ely’s parents would come to a wedding in the capital, traveling from their home in Nouadhibou in northern Mauritania..

When Ely’s family arrived in Nouakchott, Fatma’s parents asked for a delay of one or two days. Then they again refused to allow the wedding to proceed. 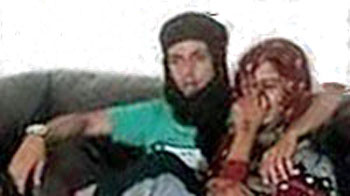 Ely and Fatma relax in the safe house run by FREE Collective.

Suddenly, the couple says, Fatma’s parents took their daughter hostage, moved her to a location outside Nouakchott, and tortured her. They presented her to a marabout, claiming that his spiritual power was needed to break a spell that Ely had cast on her.

The parents again threatened her with death, which they said would be preferable to a marriage outside their tribe. If Ely did not end the relationship, they threatened to sue him.

Although Fatma was held at an unknown location, the couple managed to stay in touch with help from a cousin of Fatma who told Ely what was happening.

After months passed, Fatma’s family allowed her to return to Nouakchott.  It was early summer. The couple took that opportunity to hold a wedding ceremony, hoping that the family would accept it as a fait accomplli.

They got married on July 7, 2020, in Nouakchott. The ceremony, conducted by imam Laghdaf ould Sidi Ali, was carried out according to the Islamic Hanafi tradition of sharia, which gives a woman the right to marry without the consent of her guardian. In contrast, the Islamic Maliki tradition of sharia, which is the form officially recognized in Mauritania, requires the woman’s guardian to give his consent before a marriage is held.

Although a judge has the right to authorize a Maliki marriage if her guardian’s refusal is unfounded, such verdicts are rare because of tribal influence.

Fatma’s family remained hostile to Ely. Through the summer and fall, her father kept beating her. The couple resolved to leave the country.

On Nov. 27, they fled to Dakar, Senegal, and seek asylum.

Fatma’s family asked the Mauritanian legal system to intervene, and some conservative Muslims published online appeals for the couple to be killed..

On Dec. 16, a public prosecutor in Nouakchott issued an arrest warrant for Ely and Fatma under Article 306 of the Mauritanian penal code (“Attacks on the morals of of Islam”), which provides for a punishment of three months to two years in prison for any “act of breaching decency or Islamic morality”.

The FREE Collective received a call from the Office of the U.N. High Commissioner for Human Rights, asking them to give the couple shelter as they seek asylum in a country far from Mauritania. Currently, Ely, Fatma and their allies at the collective are searching for an embassy that will issue visa to them.

In the meantime, Ely and Fatma are in hiding in a FREE Collective safe house at an undisclosed location. Members of the group fear that agents of the Mauritanian government or from Fatma’s family are searching for the couple in Senegal.

“We ask the Senegalese government to protect these young Mauritanians,” a leader of the collective declares. “They  have committed no crime.”

For information about how to support the collective’s work in sheltering Ely, Fatma and persecuted LGBTQ citizens of Senegal, write to [email protected]