Ugandan police today seized human rights lawyer Nicholas Opiyo from a restaurant where he was eating, forced him into a van and drove away with him. 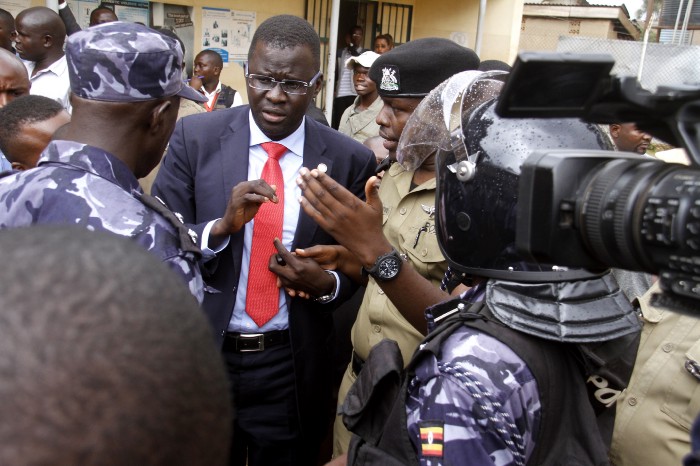 Nicholas Opiyo is confronted outside a magistrate court in 2018 in Uganda after attempting to prosecute the country’s chief of police. (Photo courtesy of Nicholas Opiyo)

In a message on its Facebook page, the Uganda Police Force stated that Opiyo was arrested by a “Joint Task team of Security and Financial Intelligence, on allegations of money laundering and related malicious acts.”

“The investigations are progressing well and any new developments will be communicated in due course,” the message continued. “He remains in our custody at the Special Investigations Division.”

Updates on this breaking news story will be published here as they develop.

Opiyo, a strong ally of the LGBTI community in Uganda, is the executive director and lead attorney of Chapter Four Uganda, a human rights advocacy organization.

As an attorney, he represented presidential candidate Robert Kyagulanyi (Bobi Wine) after Wine’s arrest before a campaign rally on Nov. 18. That arrest sparked widespread violence.

Opiyo said Wine was arrested on a coronavirus violation, but “the actual reason really is that it is part of the broader attempt to stifle opposition campaigns.” He noted that Ugandan President Yoweri Museveni was also holding political rallies during the same period, but without police interference.

National Unity Platform Presidential candidate Robert Kyagulanyi Bobi Wine claimed Opiyo was arrested because he was looking into the aftermath of the November 18th protests in which over 50 people were killed.

The protests were sparked by the arrest of the candidate.

Bobi Wine said Opiyo was “abducted by security from restaurant in Kamwokya [a section of Kampala, the capital of Uganda], alongside other lawyers investigating murders of 18th & 19th, Nov. Thrown into private van with tinted glasses and  driven at breakneck speed to unknown destination.”

The Uganda Police Force message about Opiyo was harshly criticized in hundreds of comments on Facebook, including remarks such as:

The website of Chapter Four Uganda states about Opiyo: 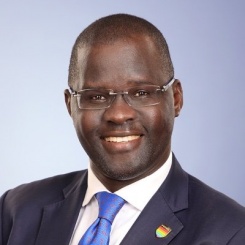 He is the recipient of German Africa Prize, 2017, Voices for Justice Award from Human Rights Watch, 2015 and the European Union Parliament Sakharov Fellows Prize, 2016.

He was until March of 2017, a member of the Team of Expert to the United Nations Special Rapporteur on the Rights to Peaceful Assembly and Association. He is also a visiting scholar at the Centre for African Studies, Stanford University, CA, USA and the Global Health Program at the University of San Francisco (UCSF), California, USA.

Nicholas is the Board Chair of Action Aid Uganda, a member of the Human Rights Advisory Board BENETECH, a Silicon Valley human rights and tech company based in Palo Alto in California and African Middle Eastern Leadership Project (AMEL), a Washington, DC-based think and action group.