Cameroon: A flash of red thong leads to arrest

Police in southern Cameroon arrested a gay man shortly before Christmas after noticing that he was wearing a red thong, which was briefly visible as he climbed onto a motorbike. 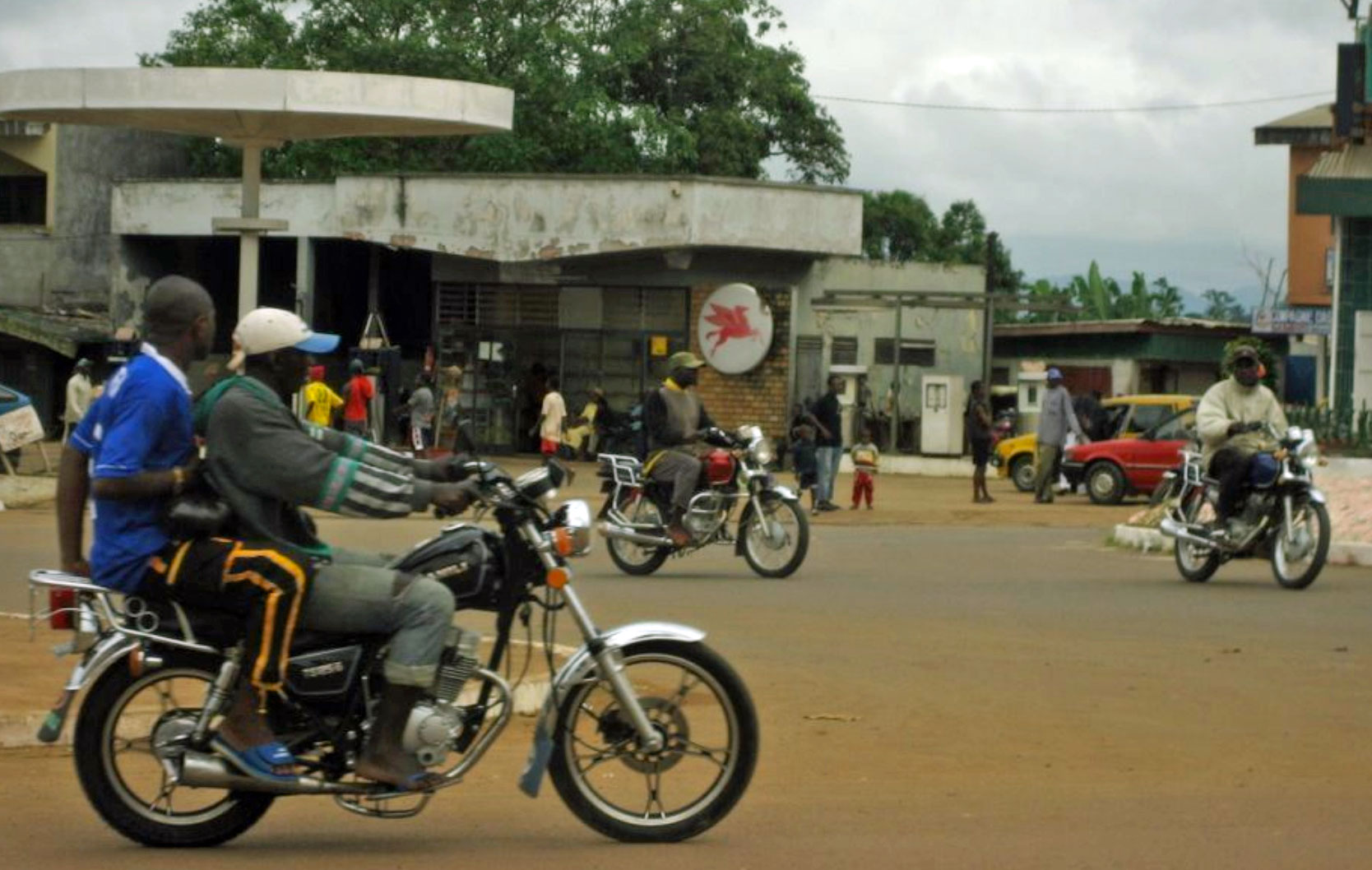 A street scene in Ebowowa in southern Cameroon. (Photo courtesy of AllTheCities.com)

Thom (pseudonym), age 29, was arrested around 4 p.m on Dec. 22 in Ebolowa as he went to see friends at a popular meeting place that was under police observation.

Police spotted a red thong under his pants as he got onto a motorbike. On that basis, they concluded that he was a homosexual, believing that no heterosexual would wear such attire.

Ebolowa is located in southwestern Cameroon inland from Kribi. (Map courtesy of Africanian.com and Encyclopedia Britannica)

They arrested Thom and took him to the police station. There they barraged him with questions and searched his phone, seeking incriminating photos.

Police still did not release him.

Charges against him were only dismissed after a friend paid police a bribe of 100,000 FCFA (about US $187). Finally, Thom was released.