Ugandan President Yoweri Museveni has again injected the issue of homosexuality into his reelection campaign. Challenger Bobi Wine declared it an attempt to distract voters from the important issues that Ugandans face. 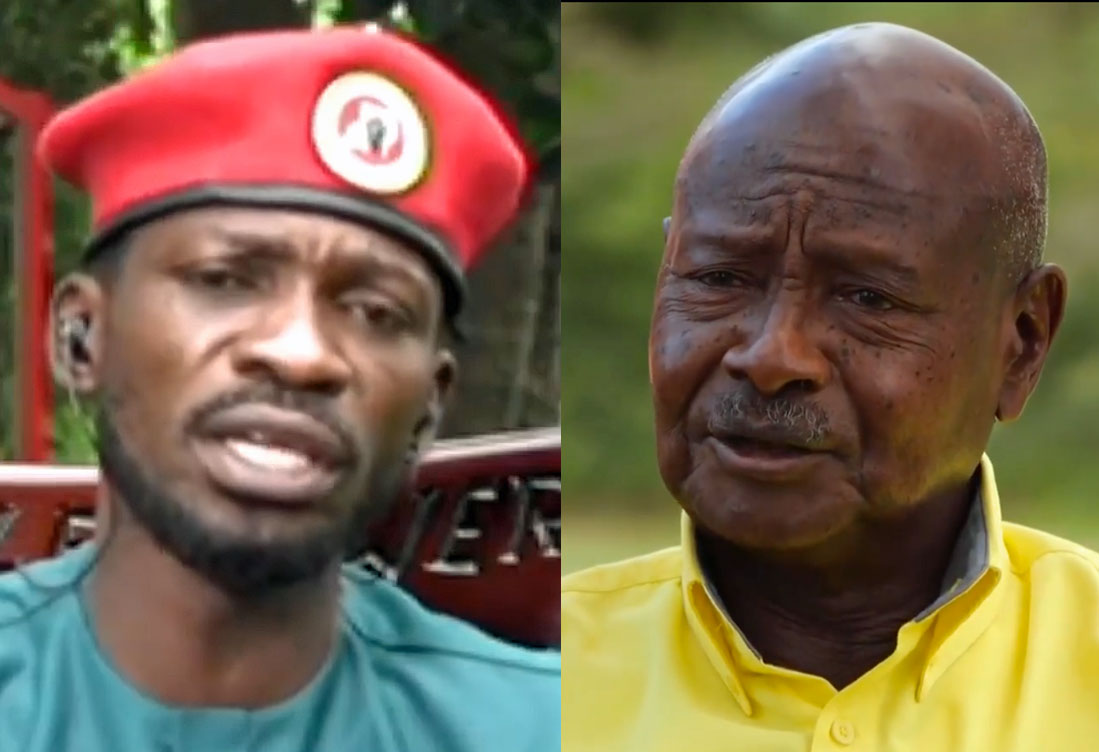 In an interview less than a week before the Jan. 14 election, Museveni claimed that Bobi Wine (Robert Kyagulanyi) is “an agent of foreign interests” who gets “quite a lot of encouragement from the foreigners, from the homosexuals.”

Wine responded: “That is nonsense.” The issue of homosexuality, he said, is being used to divert attention from “the pain of the people of Uganda”.

Partial transcripts from the interviews with Museveni and Wine are below. 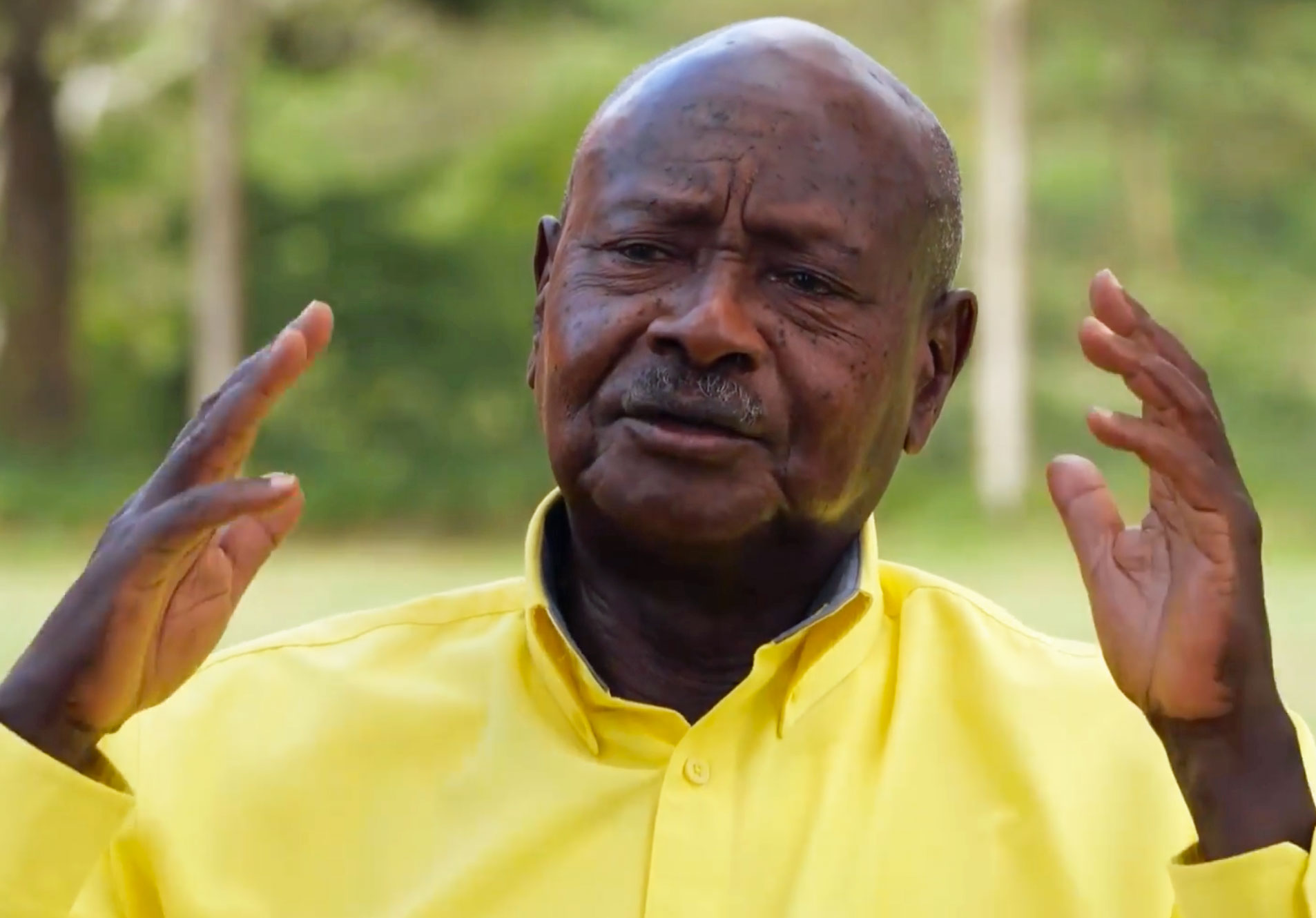 Museveni was interviewed by Lindsey Hilsum, international editor of London-based Channel 4 News, who challenged Museveni to name the foreign countries supporting Wine. He named none.

“There are so many,” he said. “Especially Europeans. They are full of arrogance.”

Proponents of change in Uganda “get quite a lot of encouragement from the foreigners, from the homosexuals, from I don’t know what,” Museveni said.

Hilsum: “What have homosexuals got to do with it?”

Museveni: “They are very happy with Bobi Wine. I think they even sent him support.”

Hilsum: “Why does it come back to the homosexuals? Many years ago … you told me there were always homosexuals in Uganda. They lived on the edge of the village and they were tolerated. They were not persecuted. ”

Hilsum: “What I’m not understanding is your connection between homosexuality and a young man who is running for president, who is your opponent.”

Museveni: “The connection is that some of the constituencies in the West have their own way of thinking. … I think what you would like us to be is to be your puppets.” 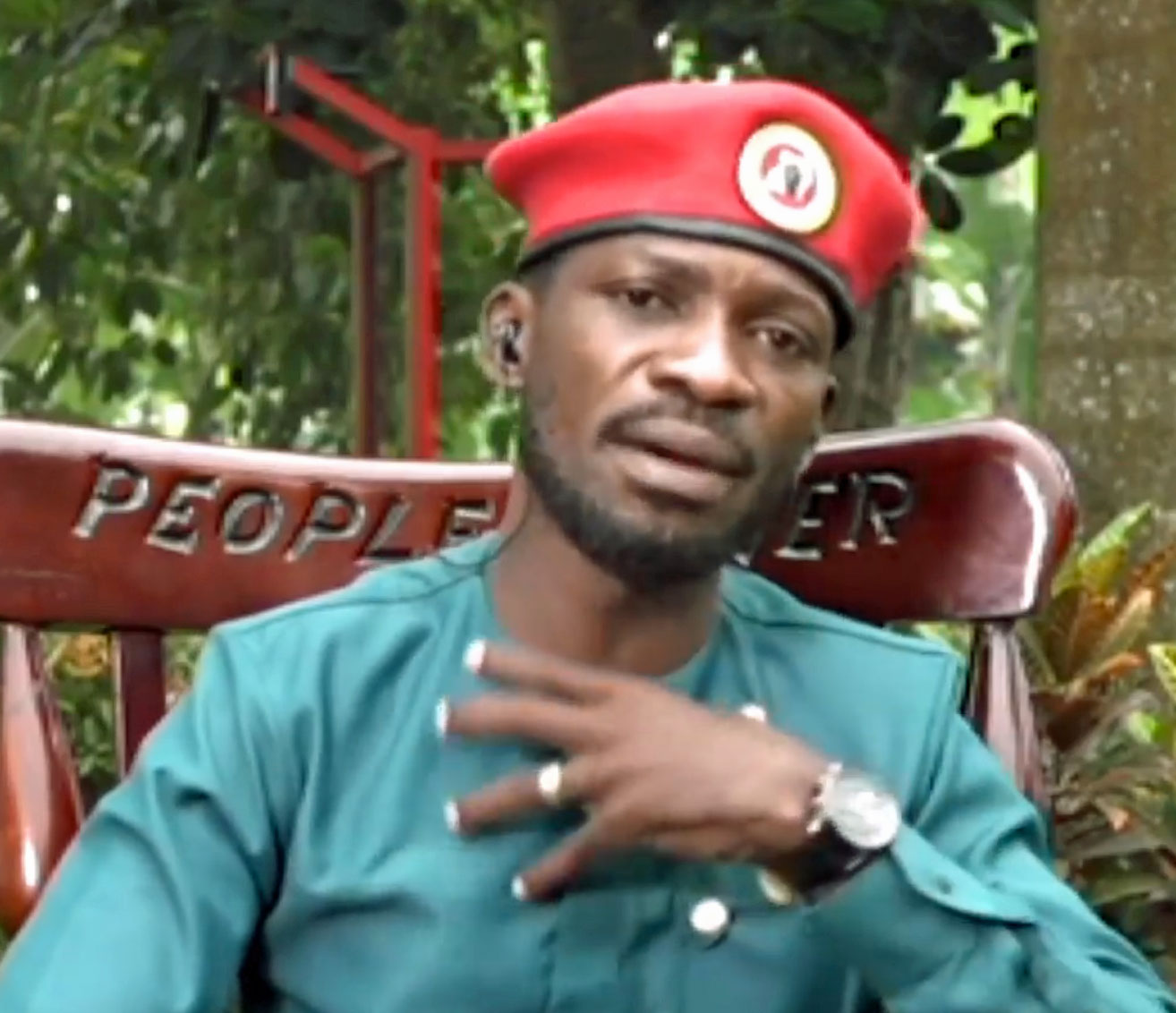 On NBS Television, journalist Simon Kaggwa Njala asked Wine, “What is your relationship with homosexuals, like the President alleges?”

“Well, that is nonsense. It is a shame. It is really disrespectful to be talking to a married man, who is married to a woman who you know. …

“I feel insulted to be drawn in sexual talk with whoever when we have a few hours to lead to an election. …

“[I] would rather come on this national TV and use these last minutes to talk about how best we are intending to peacefully, constitutionally and non-violently liberate ourselves. But you are driving us into sexual talk, which to me I find very diversionary. …

“Come on, Simon. Don’t be one of the journalists who are being used to divert the pain of the people of Uganda by bringing around nonsense.”