YouTube celebrity and gay advocate Vicwonder got a boost from a GoFundMe funding campaign after coming out as gay to his Nigerian family. He shared his experiences in an interview with the Nigerian LGBTQ+ site NoStringsNG. 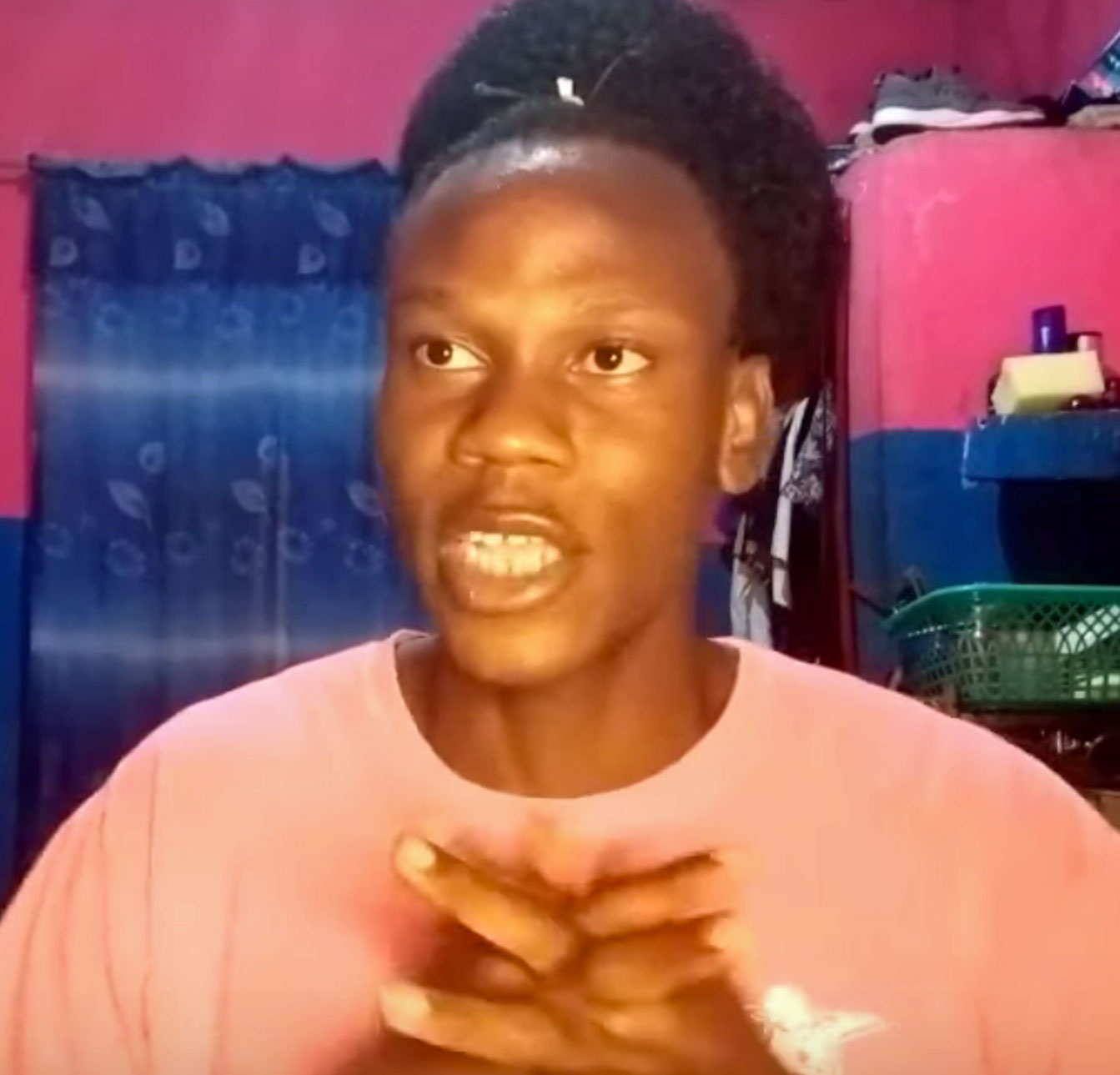 Victor Emmanuel, who goes by the online name Vicwonder, left home after coming out. The move gave him “freedom from toxicity” and helped him regain his sanity, he said.

On YouTube, he has attracted thousands of viewers to the site where he presents his “videos on queer issues while being fabulous”. He discusses fashion, gay life, sex and more sex, unrestrained by propriety or respectful language.

“All members of the LGBTQ community is welcome,” he states. To anti-gay critics, he adds, “Don’t bother being homophobic. I’ve heard all you have to say and, honestly, I don’t care.”

These are edited excerpts from his interview:

Tell us about yourself and growing up gay in a homophobic clime such as Nigeria. 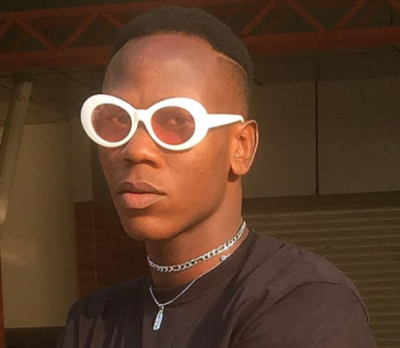 Growing up in Nigeria has been both uneventful and bad.

Uneventful because up until recently when I started allowing my feminine side to be expressed, I was an ordinary boy who would pass for a “normal boy.” I consider myself lucky because I really never had to deal with homophobia (until now) because I once fit perfectly into the society. Only my family “saw me finish” as Nigerians would say, and hated my attraction towards things that weren’t considered “boy-like”.

For most of my life, I didn’t see any need to fight for queer rights. I didn’t have queer friends; I consciously refused to explore my sexuality. I remember going to university and telling myself that I would never indulge my needs and desires. But I did. Boy, I did! And that’s when the bad part of existing as a queer Nigerian started.

Once I got to school and saw that I had the liberty to at least give myself a chance to live freely, I dived in. And I’ve since not come up for fresh air. I allowed my effeminate side (that has always been there, just suppressed) to flourish. I hooked up with boys. I began to keep queer friends — friends who weren’t as privileged as I was to “pass” for straight. And while being friends with these people, I came to learn about the homophobic atmosphere in this country.

When you came out to your siblings, how did they respond to you? How has life been with you since then? Are you still in touch with them?

What informed this decision is in two parts.

Firstly because I was tired (and I do not say this lightly) of living in fear and in the shadows. Two nights before I came out, I self-harmed for the first time. I went to the kitchen and took a butter knife. I hid it in my trouser pocket because I had to pass the living room back to my room because my brother was there.

When I got back to my room, I rolled up my trousers and cut myself three times around my ankle. Three times because the first two times I didn’t really feel any pain and pain was what I wanted to feel. It was when the three cuts started bleeding and the pain registered in my brain that I realized what I had done.

It was at this point I knew I had to tell them. I’m multi-talented and I promised myself that I won’t die before the world got a taste of me. So it was either I would tell them and set myself free or I would die in silence.

I was mentally prepared to come out, so when the opportunity came two days later I didn’t hesitate. Because the coming out took approximately four hours, I won’t give details here. I’ve done a full video explaining everything and it can be found on my YouTube channel.

The other reason I came out (remember I said two parts) was because by this time, I had immersed myself in queer activism and had started planning to take it off social media, which I still intend to do. So I didn’t want my family to see me in the news or social media and be surprised. I wanted to give them a heads up.

Their reaction was: “We don’t accept your sexuality but we don’t cease to see you as a member of the family.” This wasn’t good enough for me so I left them for good.

I’m currently staying away from them. And, yes, I am still in touch with them. My siblings still call me and, when I feel like it, I pick their calls.

The support from the queer community in Nigeria has been overwhelming. 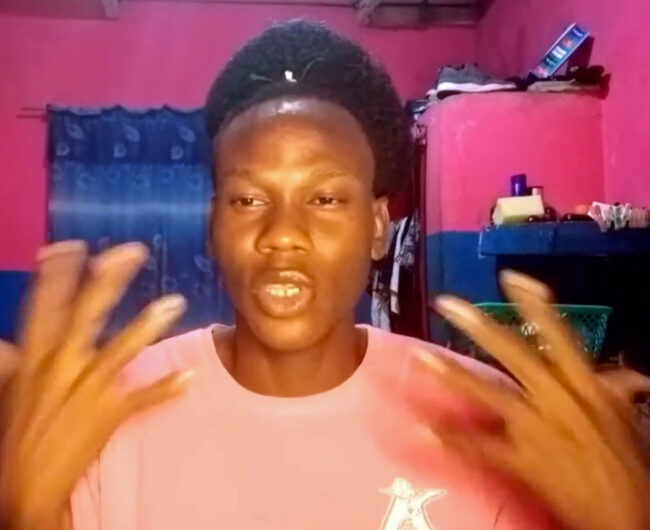 LGBTIQ+ people become even more vulnerable when they come out. How have you been able to stay safe since you came out?

Honestly, I’ve really not made any tangible effort to stay safe. I’m trying to be as honest as possible here. Like I said before, I’m someone who can “pass” for straight so where I am now, people don’t really know I’m gay. I even told my family where I’m headed. They know.

I am just enjoying the feeling of being away from that toxicity and breathing fresh air.

Are you completely out, or just to people around you?

I’m not entirely out to everyone in my family. Sadly, I lost my mum in April and my dad isn’t a regular figure. I’ll be seeing him soon though and I intend to come out to him too. I’ve told my siblings not to tell him, to give me that courtesy of coming out to him myself.

As for my friends, I’ve consciously selected only queer friends or sensible people (if you get my drift) for a while now, so nothing changed. There’s tension no doubt with my siblings but I could hardly care. Lol.

You have always leveraged your social media as an advocacy tool, how has your coming out contributed to your advocacy?

Indeed, I’ve been able to use social media as a tool for my advocacy. The support since my coming out has also been massive. Like my friends, my followers of social media are also either queer or sensible.  All the messages I’ve gotten since coming out either congratulate me or tell me how brave I am. No hate. I don’t even think I’m that brave. I just think I want to survive. I know this. That’s why I came out; I didn’t want to die.

What is your advice to young LGBTIQ+ people who are considering coming out?

Come out on your own time. I know a lot of people say to make sure you’re financially ready before doing so. But I want to promise you there’s a community here and abroad that actually cares. You just need the right information. They’ll take care of you.

If you think it’s very necessary that you do it, if your life depends on it, come out! You deserve to live freely. I can’t promise it will be as easy as mine is because, let’s be frank, people have it worse than I do, but at least you’ll have your sanity. Do it!

With help from a friend, Vicwonder launched a crowdfunding campaign on GoFundMe, seeking $2,000 for rent, basic amenities and funds to start a sustainable business. That campaign reached its goal early last month.