Nigeria is about to get its first trans beauty pageant

A group of trans women and activists are set to launch what will be Nigeria’s first trans beauty pageant.

The pageant ‘Miss Trans Global Nigeria’ is a franchise of Miss Trans Global,  which runs digital pageants internationally for trans and gender-nonconforming people from all backgrounds.

The goal of the pageants, created by trans women and activists, is to raise awareness about the plight of transgender people around the world. 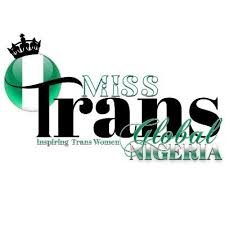 Official logo of the pageant.

According to a Nigerian representative of the pageant who spoke to NoStringsNG, the pageant is for trans women of all body types. The overall aim is to create visibility for the trans community in Nigeria, she said.

So far, several trans women from across different Nigerian states have been selected by the organizers to represent their regions in the competition after which the country’s winner will be selected.  She will then able to compete with other trans queens from other countries.

Registration for the competition is still ongoing and currently open to trans women in several countries including in addition to Nigeria: Australia, Brazil, England, Mexico, Northern Ireland, Philippines, Scotland and Wales.

The Nigeria pageant is scheduled for March 26-28. To register to compete, click HERE.