The opening of an LGBTQ+ safe house and advocacy office in Ghana has sparked heated disputes over what the Bible and Pope Francis have to say about homosexuality.

Pope Francis advocates an accepting approach to LGBT people of good will. (Click the image to reach video of his 2013 statement, dubbed in English.)

Representatives of the European Union expressed their support for the new LGBTQ+ facilities, officially opened Jan. 31, which serve as the new headquarters for the advocacy group LGBT+ Rights Ghana.

Anti-gay campaigner Moses Foh-Amoaning on Feb. 11 called for the site to be shut down and the group’s leaders to be arrested.

On Feb. 19, the Ghana Catholic Bishops Conference (GCBC) joined the battle, declaring its support for Foh-Amoaning, describing homosexuality as “an abominable practice” and calling “on the Government of Ghana to close down the LGBTQI office space that was recently opened in Accra.”

Celebration of the LGBTQ+ safe house and offices. (Photo courtesy of LGBT+ Rights Ghana via Facebook)

In the awareness that Pope Francis has urged tolerance and a non-judgemental approach to LGBTQ+ people, the bishops stated that “Homosexuals must be accepted with respect, compassion and sensitivity.”

They stated that gay people should be guaranteed human rights, including “the right to life, personal liberty and due process of law; to freedom of thought, expression, religion, organization, and movement; to freedom from discrimination on the basis of race, religion, age, language, and sex; to basic education; to employment; and to property.”

But at the same time they said that the offices of an organization of LGBTQ+ Ghanaians should be shut down. They urged “the Executive and the Legislature never to be cowed down or to succumb to the pressure to legalize the rights of LGBTQIs in Ghana.”

“Our local bishops have distorted the powerful message of mercy and pastoral care for LGBTI people and their families that Pope Francis promotes,” said Davis Mac-Iyalla, IDNOWA’s executive director. “How do they relate to the Pope who most recently has spoken out in favour of state laws for civil unions of same-sex couples and the right for LGBTI people to have a family?”

An IDNOWA statement added, “The arguments made by the GCBC are outdated and badly informed. When the bishops refer to biblical perspectives on homosexuality, they present interpretations that are outdated according to the theological standards of the Roman Catholic Church.” 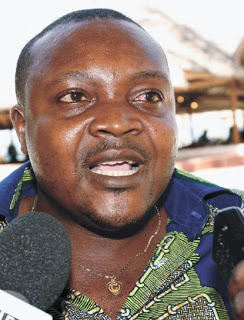 Among other challenges to the GCBC’s theology, the IDNOWA statement cited a Roman Catholic commission from 2019 that concluded that the Biblical story of Sodom was not about God’s attitude toward homosexuality but about the importance of hospitality.

“In the discussions of the Bible’s teaching, we often miss the references in the Gospels of its warm message of inclusion and of welcoming. Why is it not possible for the Catholic bishops to apply this to LGBTI people?” Mac-Iyalla asked.

He urged a dialogue with the Catholic bishops aimed at improving the pastoral work of the church among LGBTI people.

“The declaration of the GCBC lacks the empathy and understanding for the situation of the lives of LGBTI people in Ghana,” Mac-lyalla said. “The IDNOWA would like to start a personal dialogue with Ghanaian Catholic Church leaders to help provide a better starting point for the pastoral work of the church and to help the GCBC make their support of the human rights of LGBTI people more effective for the future.”

The full GCBC statement is here.

The full IDNOWA statement is here.