A Tunisian court sentenced a prominent LGBT rights activist on March 4 to six months in prison and a fine for shouting outside a police station after officers refused to register her harassment complaint, Human Rights Watch stated. 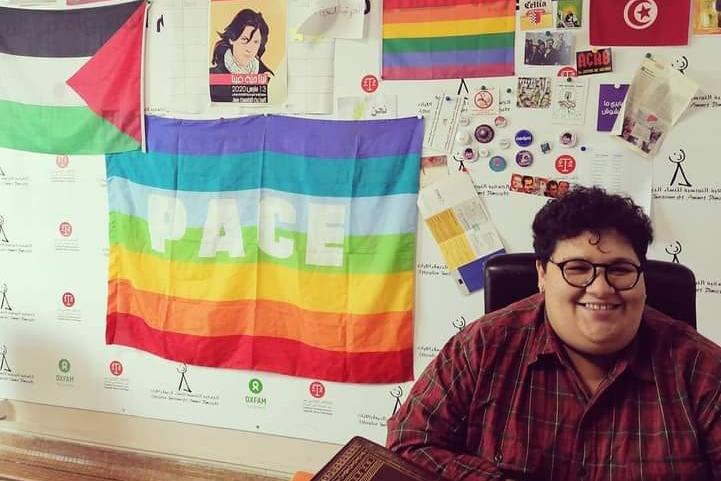 Rania Amdouni at the office of the Tunisian Association of Democratic Women in October 2020. (Hamza Nasri photo courtesy of Hamza Nasri and HRW)

The activist, Rania Amdouni, 26, is in a women’s prison in Manouba, west of Tunis, where her lawyer said she has faced harassment by prison guards due to her gender expression. Police arrested Amdouni on February 27 at 8 p.m. after she left the police station in downtown Tunis in a distraught state, her lawyer Hamadi Hanchiri said.

At the station, Hanchiri said, police officers had refused to register Amdouni’s complaint relating to repeated harassment she said police officers subjected her to on the street and online. Police officers in the station then proceeded to harass her based on her presumed sexual orientation and gender expression.

Amdouni began shouting on the street outside the station and cursing the Tunisian police system, Hanchiri reported.