The Speaker of Ghana’s Parliament declared today (Monday) that parliament will pass a strict anti-LGBTQI bill later this year, according to a report from the pro-LGBTQ+ African Equality Centre (AEC) advocacy group.

This article’s account of the events in Ghana yesterday and today is based on AEC reports.

Speaker Alban Bagbin made his promise in a meeting with 30 anti-LGBTQI members of parliament who have formed a Believers Against LGBTQI+ group that includes both Christians and Muslims.

They are preparing an anti-LGBTQI bill that they plan to introduce as a private member’s bill. The AEC said the planned bill would explicitly criminalize LGBT+ people.

[Existing Ghanaian law provides for sentences of up to three years for homosexual activity, but not for LGBTQ+ identity.]

At the meeting, member of parliament Sam George Nartey said that the bill should plug gaps in Ghana’s laws by criminalizing “trans genders, queers, binary etc.”

Also at the meeting were leaders of the Ghanaian anti-LGBTQ National Coalition for Proper Human Sexual Rights and Family Values (NCPHSRFV).

Opoku Onyina, chairman of the NCPHSRFV’s governing council, told today’s meeting that “the fight to legalise the LGBTQI is against the culture and values of Ghana and therefore should not be entertained ”.

Anti-LGBTQ lawyer Moses Foh-Amoaning, executive secretary of the NCPHSRFV, said gay rights should not be confused with human rights.

Ghana will not be flouting any international law if it passes at bill against gay and LGBTQI rights, Foh-Amoaning claimed. He also spoke about the coalition’s work seeking to “rehabilitate” homosexuals and providing alternatives to comprehensive sexual education.

Speaker Bagbin assured the group of Parliament’s commitment to provide clear legislation on the matter. Bagbin said that, “as a practicing Catholic, he is pro-life and therefore is a strong supporter of traditional genders and the natural order of procreation which prescribes sexual activities between a male and a female gender as against other forms.”

Ghana has been in an anti-gay panic since last month’s opening of a new office and safe house of the advocacy group LGBT+ Rights Ghana.

Police raided the new LGBT+ center on Feb. 24, after which gay-rights activists called for a boycott of anti-LGBT leaders and celebrities in the West African nation.

In response to anti-LGBTQ+ declarations by the nation’s Roman Catholic bishops, Foh-Amoaning and others, gay-rights activists launched a Web site identifying prominent Ghanaian who are “promoting hate and inciting violence against LGBTQ people in Ghana.”

The Ghana AntiLGBT Watchlist site “is focused on bringing national and international attention to Ghanaian NGO Leaders, Religious Leaders, Government Officials, Media and others who are spew hating against the LGBT+ Rights movement in the country.”

In opposition to calls for LGBTQ rights, conservative Christians and Muslims organized a “National Prayer Rally on LGBTQ+” at which the Believers Against LGBTQI group disclosed their plans for today’s meeting of anti-gay members of parliament.

Foh-Amoaning’s anti-gay campaign led to his expulsion from the Association of African Albinos, which criticized him for championing hatred and violating human rights.

At the time, Foh-Amoaning said his opposition to LGBTQ+ people is based on a belief that LGBTQ+ rights are an encroachment of white civilization on African traditions. He said:

“I am a very proud African. We have suffered at the hands of the whites for too long. Did you see what the whites did to George Floyd? Do you think Ghana’s ambassador to Australia can go to Australia and ask them to accept polygamy? They don’t respect us and they think they can impose anything on us.” 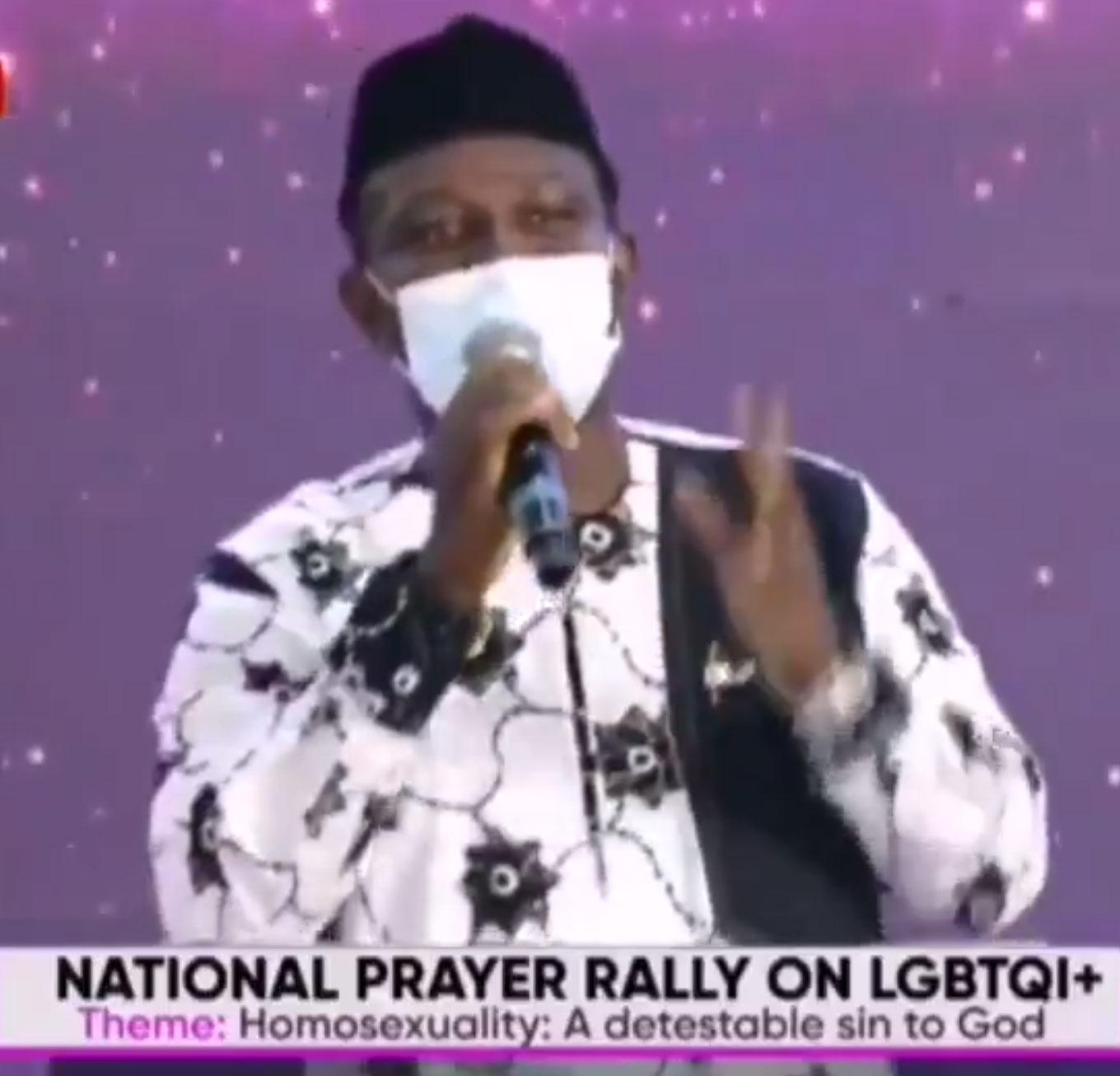