Gay rights activists in Uganda have issued an advisory on how local and international supporters of LGBTQ+ rights should work to blunt the effects of Parliament’s recent passage of a new same-sex criminalisation bill. 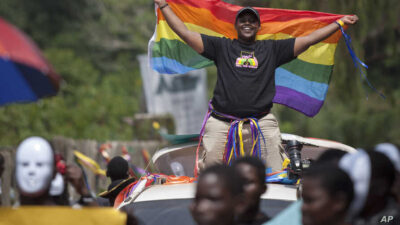 The advisory was developed following a meeting of LGBT activists and civil society leaders in Kampala, which was convened by Sexual Minorities Uganda (SMUG), the network of local LGBTQ+ organisations.

As the activists noted, Clause 11 of the  bill would further criminalize same-sex sexual acts, which are already a crime under the existing Uganda Penal Code, criminalizing the private lives of adult and consenting same-sex-loving persons.

The advisory and call to action is reproduced verbatim below:

On Thursday 6th May 2021, SMUG convened an emergency meeting with LGBTQ community leaders and civil society partners, on the passing of the Sexual Offences Bill with the meeting taking particularly concern on Clause 11 (i) which further criminalizes same-sex sexual acts even as the Uganda Penal Code Act already does, hence criminalizing the private lives of adult and consenting same-sex loving persons. The clause criminalizes and bans the penetration of another person’s anus with that other person’s sexual organ or with any object; and (ii) sexual acts between persons of the same gender.

The meeting sought clarity, expressed, and calmed fears on what the impact already is and will be should this bill be assented to by the President of the Republic of Uganda. Therefore, a series of actions were proposed. The meeting resolved the following;

– That SMUG working with partners takes the lead role on advocacy on Clause 11.

– That Diplomatic Core engages with our government.

– Education and awareness of the Ugandan society about the actual dangers posed by Clause 11 as not only affect LGBTIQ persons.

– Map out and reach out to Members of Parliament who did not sign the bill and those who will be returning to the next Parliament.

– SMUG to reach out to other affected communities such as sex workers, PLWHIV [people living with HIV] etc in due course.

– Issue guidelines on how local civil society, regional and international partners may engage in overturning the bill.

– That SMUG convenes four urgent teams – Safety and Protection, Legal, Communication and Media, and Resource Mobilization. SMUG has over the weekend and yesterday held meetings of the Safety & Protection and the Legal team to discuss and draw up a protocol for the safety of the LGBTQ community and how we shall respond.

The following list of actions were agreed upon for effective engagement on the bill by regional and international partners. 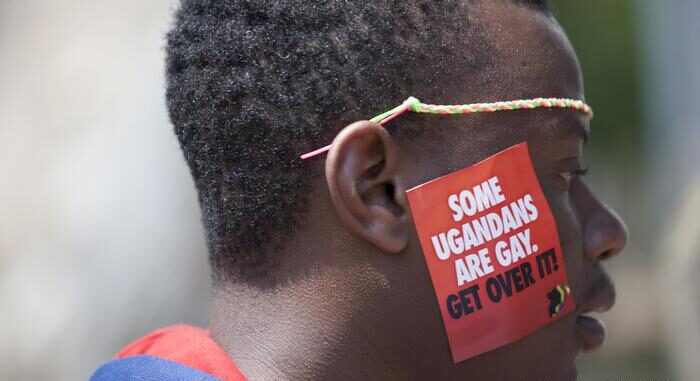 We call on our local civil society, regional and international partners to engage in the following manner.

1. Issue statements of solidarity to the LGBTQ community and express serious concern to Uganda government over this bill.

2. Lobby and dialogue with the President of the Republic of Uganda NOT to assent to this bill.

3. Engage in quiet Diplomacy with the Ugandan government and its political leaders.

5. Review funding to the Parliament of Uganda.

6. Call on the Uganda government to guarantee security and safety for the LGBTIQ community in light of the bill.

We also reiterate the following action as in SMUG Statement on SOB [the Sexual Offences Bill]:

8. Sexual Minorities Uganda calls on the President of the Republic of Uganda to consider NOT assenting to the Bill because of the problematic Clause 11 that now classifies sexual and gender minorities as sexual offenders. Rather, we call on the President to reminisce on the effects the now repealed Anti-Homosexuality Act had on the human rights discourse for sexual and gender minorities.

9. We also call on the Uganda Law Reform Commission to play a more technical role in advising Parliament on harmful laws that jeopardize other state-driven efforts such as the HIV prevention and control efforts by the Ministry of Health by driving sexual and gender minorities underground because they ate illegal.

11. That the Uganda public should not take any action violent or otherwise towards persons who they know or perceive to be of same-gender loving.

The Sexual Offences Bill 2019 was read for the first time on 24th November 2019 and referred to the Committee of Legal and Parliamentary Affairs for scrutiny as required Rules of Procedure of Parliament. It is a private member’s Bill sponsored by Uganda Women Parliamentary Association (UWOPA) and introduced by its Chairperson, Hon. Monica Amoding.

The Bill is prompted by the need to cure the defects in the existing legislation, especially the Penal Code Act, Cap. 120, which, while it makes provision for several sexual offences, the provisions are outdated. The ingredients constituting the offences are narrow, given that they do not reflect the evolving trends in social attitudes, values, and sexual practices. 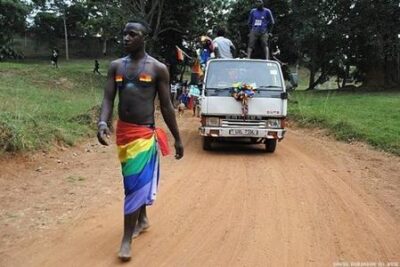