After three weeks of detention without trial, a High Court in Ghana granted bail for 21 people who were arrested May 20 at a training session about human rights. 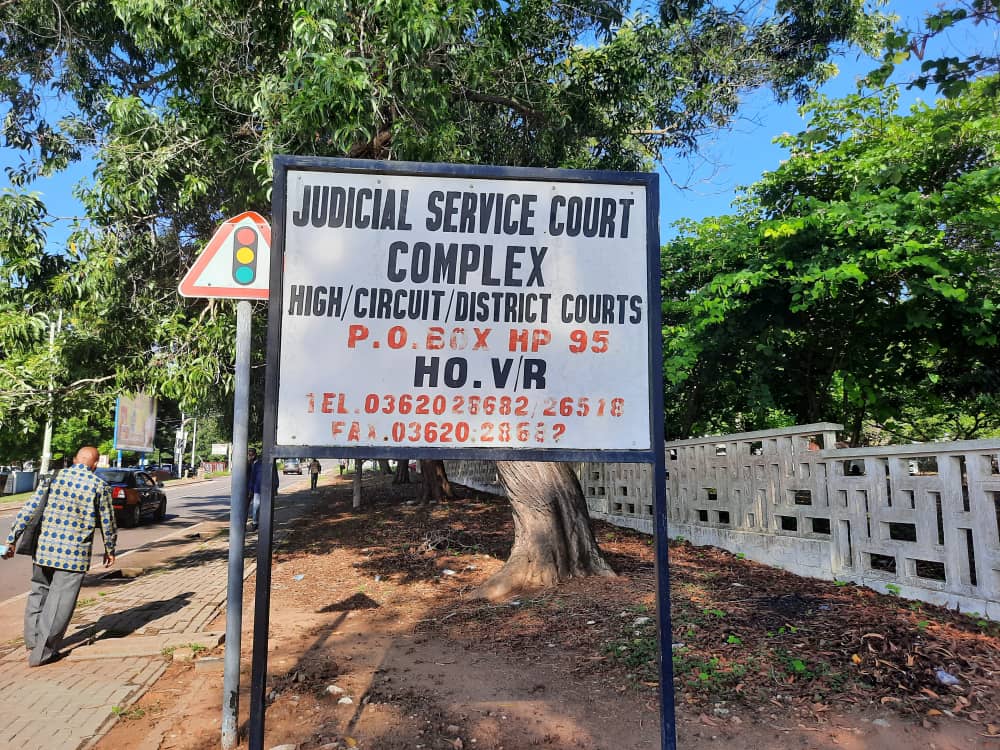 Sign for the Judicial Service Court Complex in Ho, Ghana.

They were charged with unlawful assembly, but the obvious reason they were imprisoned without bail was that they were being trained to document and report violations of the human rights of LGBTQI Ghanaians.

Their release came after increasing numbers of local and international organizations called for an end to their detention and after multiple pleas for bail were denied. The High Court in the city of Ho in southeastern Ghana released them on bail one day after the Ghana Center for Democratic Development (GCDD) called Ghana’s Attorney-General to intervene in the case.

The GCDD said “it is clear that gathering to educate people at a hotel venue on LGBT+ issues is not a criminal act or a crime under the Constitution or any statute. … Their arrest and subsequent mistreatment are … a clear violation of their constitutional right to freedom of assembly and association.”

The LGBTQ+ rights advocates of Silent Majority Ghana (@smajoritygh) issued a call to State Attorney Moses Ayini Asampua to drop the charges and provide reparations to the 21 for how they were treated. The group urged mandatory training for police to combat discrimination and gender violence. It also called for a commission of inquiry to investigate the events of May 20 in Ho.

A consortium of human rights defenders praised the court action and also called for all charges against them to be dropped. This is their statement:

A Collective Statement Release on the “Ho 21”

We join fellow human rights defenders across the African continent and the globe to celebrate the release of the 21 activists and members of the LGBTI+ Community in Ghana who have been finally granted bail since their arrest and detention on May 20th, 2021.

They spent 22 days and 21 nights in police custody. They were arrested in Ho of the Volta Region of Ghana for attending a workshop on reporting human rights violations faced by LGBT+ Ghanaians and charged with unlawful assembly.

LGBT+ community members and activists in majority parts of Africa and the world continue to experience human rights violations based on their sexual orientation and gender identities. Some of these have led to severe consequences including death. To make it worse, justice is almost never served. We remain committed to ensuring that the rights of all persons, including members of the LGBT+ community across the continent, are respected and protected as we continue to liaise with partners and member organisations across the continent.

Finally, the LBQT consortium and partnering organizations, will like to extend our appreciation to all individuals and institutions — both local and international — who have and continue to tirelessly support this cause, local community members and activists who contributed from their own purses, NGOs and CSOs who made funds available and finally our brilliant and professional Lawyers, for the release of the “Ho 21” activists.

For more information, email us at: ghanalbqtconsortium@gmail.com