Times are changing in Uganda: Parliament gets a progressive clerk

In what appears to be a positive shift in state policy thinking, Ugandan President Yoweri Museveni has appointed Adolf Mwesige, a liberal and progressive lawyer with a sense of urgency on human rights, as the new Clerk of Uganda’s Parliament. It could represent a new dawn for Uganda’s legislative process, with a renewed concentration on economic growth and jobs creation taking the place of previous bickering between the country’s executive and the legislative arms about issues related to homosexuality. 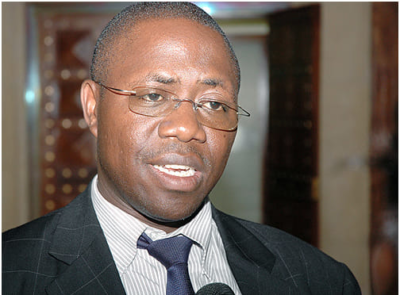 Observers believe that Ugandan politicians are muting their previous anti-gay stance because the current American administration is gay-friendly and they do not want to risk disrupting U.S.-Uganda bilateral relations.

Mwesige replaces Jane Kibirige, who served under Rebecca Kadaga, former speaker of the Uganda Parliament. Kadaga has been a prominently anti-gay Ugandan official who promised in 2013 to give the nation a Christmas gift in form of an anti homosexuality bill.  She delivered. On Dec. 20, 2013, Uganda passed the Anti-Homosexuality Bill that included life imprisonment for homosexual activity.

In the past, Mwesige has been smeared by homophobic fellow cabinet ministers and parliamentarians as a gay sympathizer.

In 2010, Mwesige headed a special committee organized by the president in which he  recommended that a harsh anti-homosexuality bill that had drawn the ire of Western governments be withdrawn from Parliament. He said that virtually all clauses in the legislation were either unconstitutional or redundant, and that any other clauses should be placed in another bill dealing generally with sexual offenses. 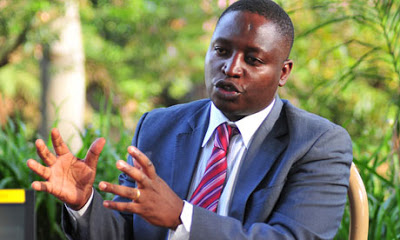 Anti-LGBT legislator David Bahati, whose name was attached to the Anti-Homosexual BIll.

That anti-homosexuality bill, also known as the “Bahati bill” after David Bahati, the lawmaker who proposed it, was widely criticized by human rights groups and foreign governments. It called for homosexuals to be executed in some cases. It also said that Ugandan homosexuals abroad should be extradited and that people in Uganda must report anybody known to have committed a homosexual act within 24 hours. The bill found backing from a number of Uganda’s influential evangelical pastors, some of whom have been supported and partially financed by American churches.

“Ninety-nine percent of all the proposals in the Bahati bill have been done before,” Mwesige said. “If we proceeded, it would definitely provoke criticism, and rightly so,” he stated in 2010.

At that time, James Nsaba Buturo, a homophobic legislator allied with American evangelist Scott Lively, accused Mwesige of misleading the cabinet and the country. Ugandan homosexuals sued Scott Lively in a U.S. court over his influence in gay persecution in Uganda. (See the U.S. court judgement here.)

Nsaba Buturo had accused Mwesige of undermining him by not inviting him to a cabinet committee meeting about the Anti-Homosexuality Bill. Mwesige denied it. (Mwesige’s letter and minutes of his first cabinet committee  meeting in Kampala can be accessed here.)

The Clerk is also the clerk to every Committee and may delegate his or her duties to a Deputy Clerk or Clerk Assistant. The Clerk is at the rank of Permanent Secretary and is appointed by  the President.

Mwesige had written to the president requesting to be appointed Chairperson of the Uganda Human Right Commission. However, the president instead appointed Ms. Marriam Wangadya. Since June 2016, Mwesige has served in the previous Uganda cabinet as a Minister of Defence and Veterans Affairs. He has also served as Local Government minister from  February 2009 to June 2016. He has also been the elected Member of Parliament for Bunyangabu County, Kabarole District, since 1996. 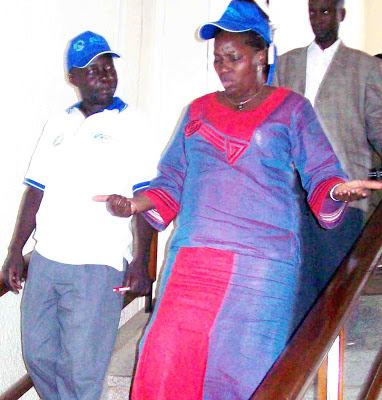 Why Museveni is weeding out homophobic leaders

Ugandan President Museveni is under pressure during the next five years to deliver on his promises to a young, aggressive population. He lost the youth vote amid accusations that he  failed to create jobs for them. Most young Ugandans instead voted for their peer, Robert Kyagulanyi Sentamu, a pop singer turned politician who sought to replace Museveni.

Museveni sees anti-gay fights between the legislature and the executive arms of government as divisive and a detriment to his robust five-year agenda, although some of his own ministers support anti-gay legislation as a way to snub to “foreign social imperialism.”

He has often told cabinet and local government leaders that his government does not want Uganda to lose the business of potential investors due to a bad public image of Uganda abroad resulting from anti-gay efforts at home. He wrote an opinion piece for Uganda’s government- owned newspaper, stating that anti-gay legislation was generating misunderstanding among Uganda’s bilateral partners.