Six LGBT activists were beaten up, threatened and driven out of town by homophobic residents of Kamituga near the eastern border of the Democratic Republic of the Congo, according to an online  news site based in that region. 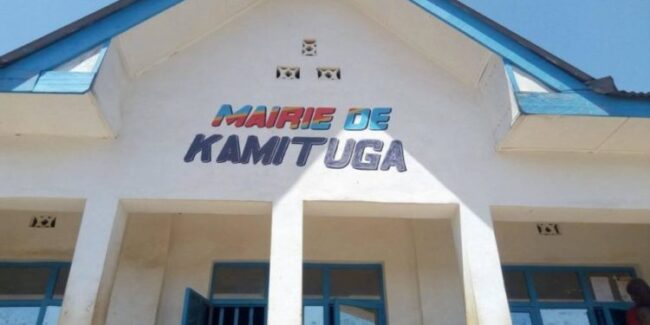 Town hall of Kamituga, Democratic Republic of the Congo. (Photo courtesy of LaPrunelleDRC)

The site LaPrunelleRDC reported (as translated here from French): 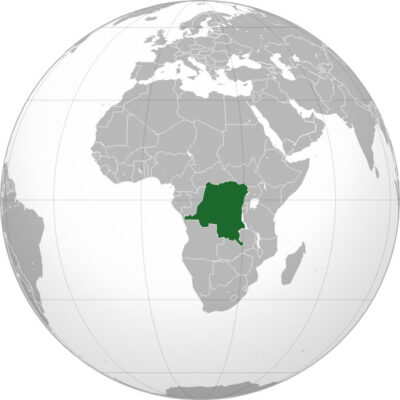 Location of the Democratic Republic of the Congo in Central Africa.

According to information from Laprunellerdc.info, acts of violence, harassment and death threats have intensified in recent months against these LGBT activists in this mining town in Mwenga territory.

Our local sources state that the local community, traditional chiefs and local community leaders accuse these sexual minorities of being in conflict with customary practices and being “satanic and diabolical”.

On July 31, six LGBT activists were victims of death threats from unknown people; followed by insults from local residents who threatened to stone them.

That day at around 8 am, while these LGBT activists were at their homes, crowds of people came around the house with whips, chanting threats. These people forced the door, entered and beat them.

According to our sources, the victims managed to escape and took refuge with one of their own elsewhere in Kamituga, but did not stay there due to continued threats.

Reportedly they then went to Lugushwa, where they live in hiding.

“The victims were forced to rent a house where they live together; because having been driven out by their respective families due to their sexual orientation. Now we learn they are in Lugushwa,” a local source said on condition of anonymity. 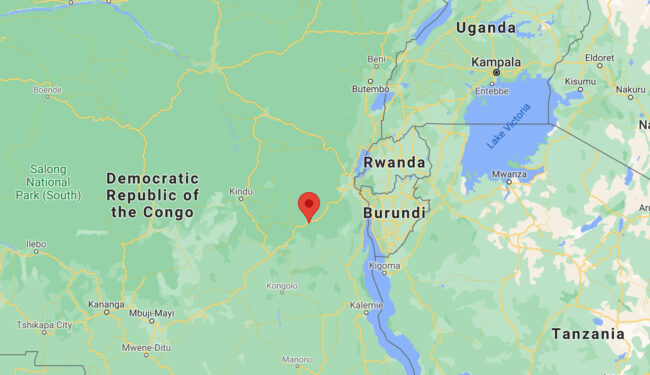 Location of Kamituga in near the eastern border of the DRC. (Map courtesy of Google Maps)

The Mayor of Kamituga town, Alexandre Bundya M’pila contacted by Laprunellerdc.info, said he had not heard about this incident. He promises to give full details once he finds out.

But in reaction, Rainbow Sunrise Mapambazuko (RSM), a local organization of LGBT activists in South Kivu, denounces these persecutions against its members, and pleads for them to be evacuated to the city of Bukavu in order to guarantee their safety.

According to RSM, this case is not the first violence to be inflicted on its members in Kamituga. On Jan. 24, 2020, they said, two LGBT activists based in Kamituga were kidnapped in unclear circumstances. One was found dead 76 days after his abduction, 78 kilometers from Kamituga town on the Kamituga-Lugushwa road. The other is still missing, despite investigations carried out by various security services and his LGBT colleagues who tried to find him.

RSM does not exclude the hypothesis of an abduction linked to their sexual orientation, especially since, before their abduction, the two LGBT activists carried out awareness-raising activities in the local community seeking to change local perceptions of sexual minorities.