A bill labeled the ‘worst anti-LGBTQ bill ever’ had its first reading in the Ghana parliament today while thousands of people signed a petition urging its defeat. 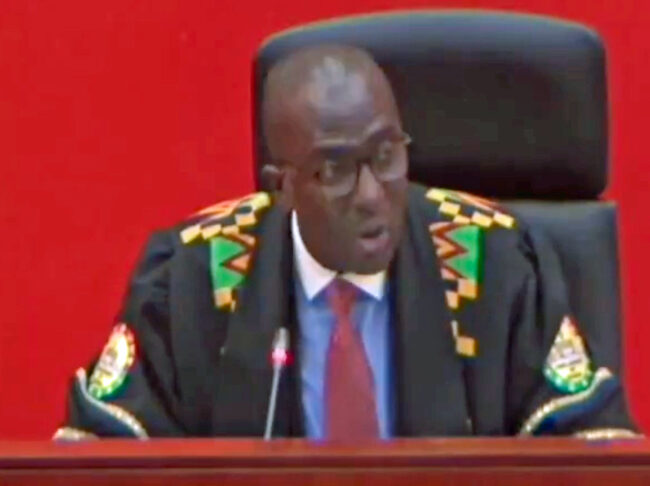 Ghana’s extreme anti-LGBTQ bill had its first reading today in parliament and was referred to committee for further action. (Photo courtesy of the Parliament of Ghana)

The so-called “Proper Human Sexual Rights and Ghanaian Family Values Bill” was referred to the Constitution and Legal Affairs Committee.

For more details about the bill’s extreme anti-gay provisions, see the article “The worst anti-LGBTQ bill ever”.

When this article was published, nearly 4,000 people had signed an online petition on Change.org urging Ghana to reject the proposal. The campaign’s hashtags are #GhanaIsEnoughForUsAll and #KillTheBillNow.

“We are all appalled by the extent to which this bill is capable of sending human rights a thousand years back,” the petition states.

LGBT+ rights groups in Ghana have expressed shock and alarm over the provisions of the draft law, saying that it would strip gay, bisexual and transgender people of all their rights – and increase homophobic persecution and violence.

LBGT+ people report being scared and have already begun to restrict their movements and avoid public places such as markets where they may be targeted, say community organisations.

Campaigners have launched a campaign on social media called #KillTheBill to raise awareness and also an online petition to stop the draft law, which has garnered nearly 4,000 signatures since it was launched on Sunday.

Religious groups such as the Coalition of Muslim Groups in Ghana have welcomed the bill, saying it is necessary to prevent the dilution of cultural values and beliefs in Ghanaian society.

Last week, traditional leaders from Ghana’s Waala community – to which about 100,000 people belong – announced a ban on LGBT+ activities, saying they did not want to wait for the bill to be passed.

What are the chances the bill could be passed?

Some political analysts say there is enough cross-party support in the largely conservative Christian nation for the bill to become law.

However, the bill could face major hurdles, including pressure from international donors and foreign partners as well as legal challenges over whether it violates Ghana’s constitution.

In May, the United States and the World Bank called on Ghana to respect LGBT+ rights and said they were closely watching the situation in the country.

What are the next steps?

After the first reading, the bill will be referred to a committee for review before it is presented before parliament for a second reading and debate where it may be subject to amendments.

It then goes for a third reading before it can be passed into law. It will also require assent from President Nana Akufo-Addo.