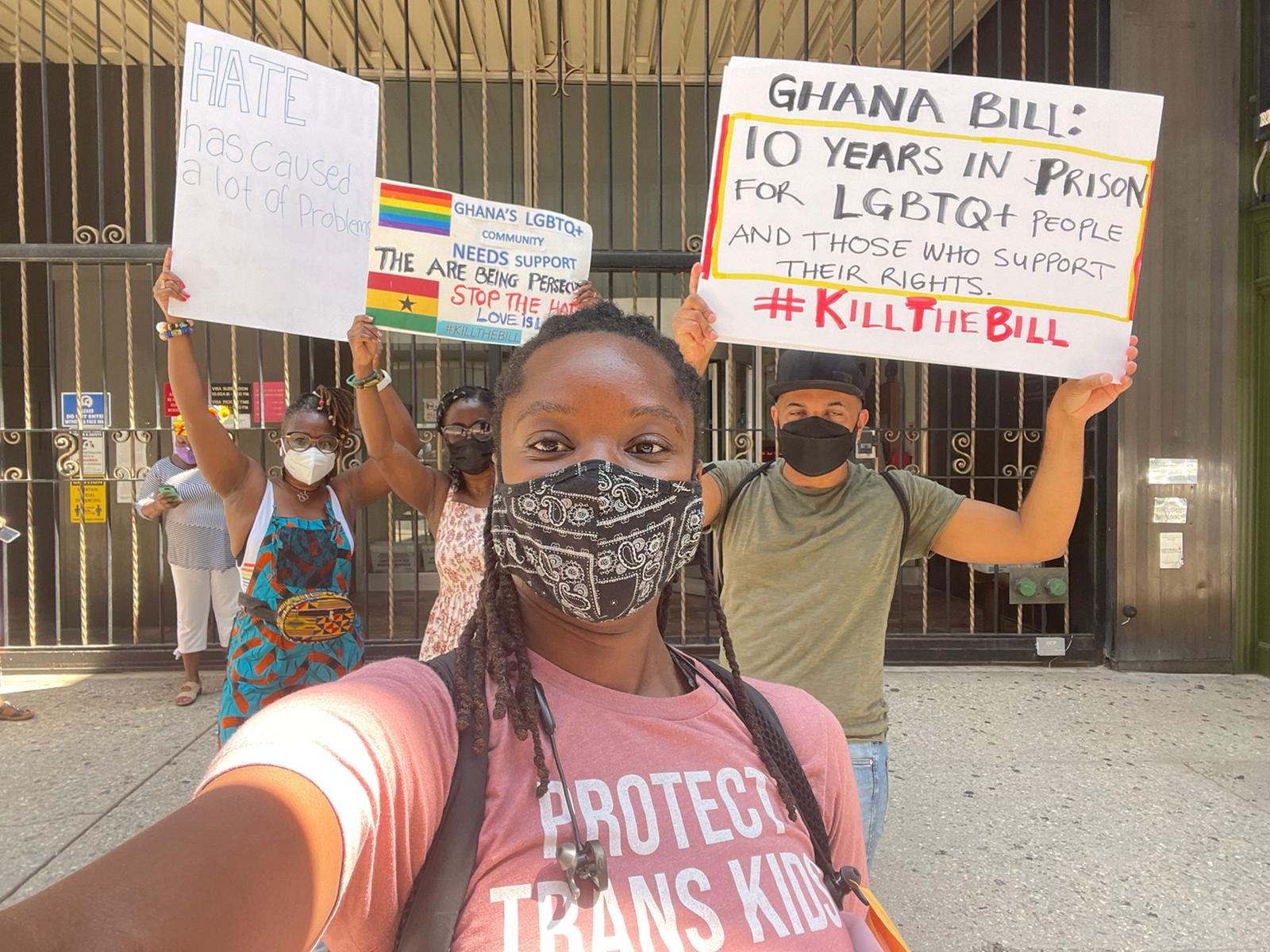 Homosexual activity is already punishable with up to three years in jail in Ghana. On top of that, the new bill would impose a penalty of up to five years imprisonment for being LGBT+ and up to 10 years for advocating for LGBTQ rights.

This is the Aug. 12 announcement from the U.N. Office of the High Commissioner on Human Rights about its 13 human rights experts’ opposition to the “Proper Human Sexual Rights and Ghanaian Family Values Bill”:

UN human rights experts urged Ghana’s Government to reject a proposed ‘family values’ bill, saying it seeks to establish a system of State-sponsored discrimination and violence against the LGBTI community. The first reading of the bill took place on 2 August 2021, and its consideration is expected to resume in October 2021.

“The draft legislation argues that any person who deviates from an arbitrary standard of sexual orientation or gender identity is immediately to be considered dangerous, sick or anti-social,” said the experts. “Such laws are a textbook example of discrimination.

“The proposed law promotes deeply harmful practices that amount to ill-treatment and are conducive to torture, such as so-called ‘conversion therapy’ and other heinous violations like unecessary medical procedures on intersex children, and so-called corrective rape for women,” they added.

The independent experts, appointed by the Human Rights Council, presented an analysis of the draft bill to the Ghanaian Government, concluding that adopting the legislation in its current or any partial form would be tantamount to a violation of a number of human rights standards, including the absolute prohibition of torture.

For example, attempts to prevent human rights defenders from organising themselves to defend LGBTI people, and the absolute prohibition of public debate on sexual orientation and gender identity, raises grave concerns about rights to freedom of opinion and expression, and of association. Moreover, the bill in question would essentially legitimize the above instances of violence against LBTI women and reinforce existing gender stereotypes and discrimination against women, which are both cause and consequence of violence against women and girls.

“The consideration of this legislation is deeply perplexing in a country that has been regarded as a champion of democracy in Africa, with an impressive record of achieving certain Millennium Development Goals by 2015,” they said. They cited specific concerns about the MDG goals on health, education, employment, housing and gender justice.

“The draft legislation appears to be the result of a deep loathing toward the LGBTI community. It will not only criminalise LGBTI people, but anyone who supports their human rights, shows sympathy to them or is even remotely associated with them.

“Given that LGBTI people are present in every family and every community it is not very difficult to imagine how, if it were to be adopted, this legislation could create a recipe for conflict and violence.”

The U.N. experts who released this statement are as follows: