Activists in Uganda are saying that men who have sex with men face increased difficulties in accessing essential health services like tuberculosis (TB) and HIV screening and treatment, especially in the ongoing COVID-19 countrywide lockdown, despite recent easing of lockdown measures. 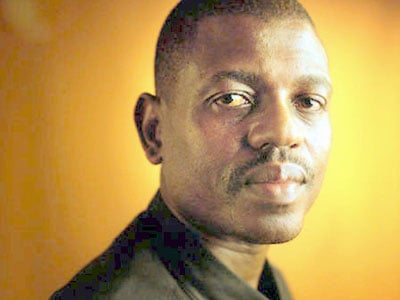 Activists say the economic hardships caused by the lockdown, contribute to the stigma, discrimination, and criminalization that men who have sex with men face in Uganda, and make it difficult for them to access health services.

Sam Ganafa, Executive Director of Spectrum Uganda, says uptake of TB and HIV services by MSM was improving prior to the pandemic. However, renewed attacks and threats against the Uganda LGBTQI community in the name of fighting COVID19 have forced many MSM to lie low or run away, mostly to Kenya where they expect a safer space. He says the score cards they use to monitor service provision in health facilities indicate a decline in the uptake of TB/HIV services by MSM since the lockdown was announced in March 2020.

“For those who have been on treatment or who need regular screening, this is a major disruption and a serious threat to their lives” says Ganafa.

HIV prevalence among MSM in Kampala is three times higher than that of other men, and their risk of contracting TB is also significantly high. That is why they are categorized among key populations at risk by the Uganda AIDS Commission, along with sex workers, people who inject drugs, transgender persons and people in prisons and closed settings.

Men who have sex with men may face even greater risk if they also belong to another group categorized as a key population at risk of contracting HIV/AIDS. For example, some MSM are sex workers, injection drug users, or confined to prisons.

In an effort to avoid being exposed as a man who has sex with men, “Audrek” (he refuses to use his given name) says he has been frequently changing his place of residence.

“If things do not get back to normal soon, I will run out of options” he says, adding that he has not visited any health facility because he is busy “securing his future” from homophobic attacks.

Audrek says he has multiple sexual partners, which puts him at increased risk for TB and HIV. Without regular screening, he could face a late diagnosis, complications of infections, and increased likelihood of transmission to other sexual partners.

With support from the Elton John Foundation in 2019, Ganafa says Spectrum Uganda successfully implemented projects in 23 Districts of Uganda around access to TB and HIV services by MSM.

“Working together with legal and human rights entities, both local and international, we advocated for safer spaces for MSM and we witnessed and increase in the uptake of TB/HIV services among MSM” says Ganafa.

He notes that urgent interventions are needed to ensure that the above gains are not lost.

“Of course Spectrum Uganda is on the ground but without funding, we can only do this much,” he says. 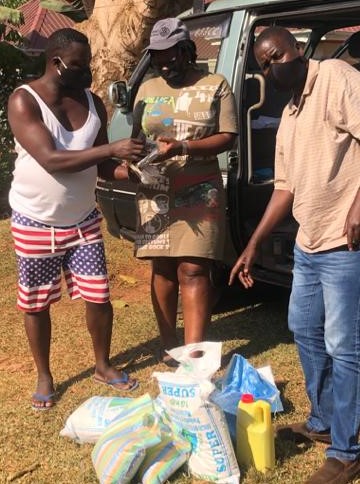 An MSM activist receives food aid during the ongoing countrywide lockdown in Uganda due to Covid-19 from Defenders Protection Initiative (DPI). Food enables community members to adhere to treatment but there is limited food access to the community. (Photo Courtesy of DPI)

Establishing nonjudgmental relationships between MSM and primary care providers is a priority in Spectrum Uganda’s Interventions.

Working closely with the relevant government authorities, Ganafa says they have managed to place Key Population coordinators in many health facilities. He says over 300 health workers have been oriented in treating MSM.

“We have also established drop-in centers in Hoima (Western Uganda), Kampala (Central Uganda) and Soroti in Eastern Uganda, where MSM can walk in and access services without fear of being judged, stigmatized or exposed” Ganafa says.

HIV outreach workers and service providers for men who have sex with men have also reported heightened challenges in reaching this population during the pandemic.