Homophobic Zambians fear that new President Hakainde Hichilema will establish gay rights in Zambia — a fear that Hichilema has not encouraged. Last week their fears focused on a Zambian newspaper’s report that a dispute over gay rights led to the cancellation of a planned meeting between Hichilema and LGBTQ-friendly U.S. President Joe Biden.

These paired photos of Zambian President Hakainde Hichilema (left) and U.S. President Joe Biden (right) were presented by the Daily Nation of Zambia in its report about the plan for them to meet.

As a presidential candidate last year, Biden said he would take action against governments that “restrict the rights of LBGTQ+ individuals, or allow violence or discrimination.” Those actions would include “private diplomacy, public statements, and … direct pressure tactics as appropriate, including sanctions, to respond to violations of human rights, including LGBTQ+ rights,” he said.

Hichilema, who is known as “HH”, has not campaigned for or against LGBTQ rights. For example, while campaigning in 2019, he wrote on Twitter: “I don’t get bothered when I hear [political opponents] feeding the nation on diet of lies over lesbian and gay rights. We are God fearing and there is no single chance of us supporting unbiblical things. Let’s focus on fixing this broken economy!”

But advocates of equal rights for LGBTQ people in Zambia hope that Hichilema’s defeat of homophobic former president Edgar Lungo in the Aug. 12 election will open the way for repeal of Zambia’s anti-homosexuality law, which provides for up to 14 years in prison for same-sex sexual activity.

Supporters of that law raised the issue last week after the Zambian embassy in Washington, D.C., announced that Hichilema would meet with Biden on Sept. 23 during Hichilema’s visit to the U.S. for the U.N. General Assembly meeting that is scheduled for Sept. 21-30. 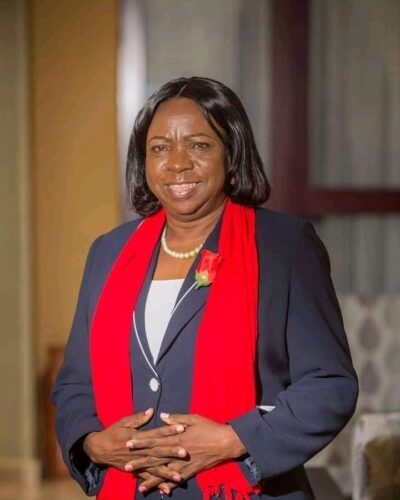 In response to that announcement, a member of parliament asked new Zambian Vice-President Mutale Nalumango whether Biden would push Hichilema into supporting gay rights and, by the way, what is the new Zambian regime’s position on gay rights?

Nalumango’s response was that Zambia is a Christian nation with its own laws and cultural values.

“If this government at any one time wants gay rights, you will be the first to know. But we are a Christian nation; we continue to be who we are,” Nalumango said.

Because homophobic evangelical Christianity is so widespread in Zambia, many Zambians believe that any Christian and any “Christian nation” must also be anti-gay.

This week, the plan for Hichilema to meet with Biden was changed; instead he reportedly will meet with U.S. Vice President Kamala Harris.

The Lusaka Times reported yesterday that “senior diplomats” at the Zambian embassy in Washington claimed that the cancellation was a response to Nalumango’s remarks and that “by snubbing a highly publicized meeting with the Zambian Head of State, the White House wanted to send a clear message that it will take a strong stance against nations opposing gay rights.

“ ‘We understand that our colleagues are very upset with Vice President Nalumango’s answer in Parliament largely because since President Hichilema came in, indications from the [U.S.] Chargé d’Affaires David Young have been that Zambia is now ready to embrace gay rights … but with that statement in Parliament, our colleagues here are very upset hence cancelling the meeting to send a signal to Lusaka,’ the diplomat source revealed.

“ ‘Nigeria was recently threatened with financial and travel sanctions over the same issue of gay rights and we will not be too surprised if Zambia gets the same bashing from the US over Vice President Nalumango’s statement,’ they said.”

Today, however, the Zambian government denied that the cancellation of the Biden meeting was related to gay rights.

Government has rubbished reports that the meeting between President Hakainde Hichilema and US President Joe Biden was cancelled because Vice President Mutale Nalumango snubbed gay rights.

Chief government spokesperson, Chushi Kasanda said the President was not going US to talk about gay rights.

Ms. Kasanda clarified in an interview that there was no agreement between Zambia and America that the two Presidents would be meeting to talk about gay rights. 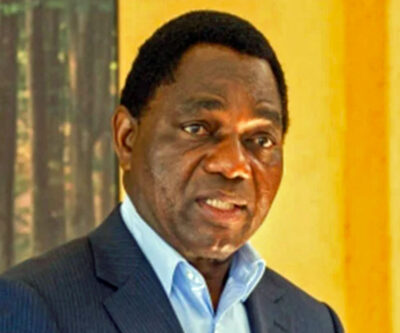 She said that the cancellation of the meeting between President Hakainde and Joe Biden had nothing to do with gay rights.

“There is nothing like that as far as we are concerned as government, we are a Christian nation and on gay rights we shall weigh off, we are not going there for gay rights,” she said.

Ms. Kasanda, who is Information and Media minister was reacting to reports that the meeting between US President Joe Biden and President Hakainde Hichilema had been cancelled after Vice President Mutale Nalumango told Parliament that Zambia would not entertain gay rights.

According to an earlier programme released by the Zambian Mission in Washington, President Hichilema was due to meet President Biden at the White House on Thursday.

On Saturday, Foreign Affairs and International Cooperation Minister Stanley Kakubo confirmed that President Hichilema will not meet President Biden but that he will only meet Vice President Kamala Harris on Tuesday in Washington.