LGBT rights activists traveled from West Africa to France earlier this month to join forces with French activists in opposition to the extreme anti-LGBT bill currently awaiting action in Ghana. 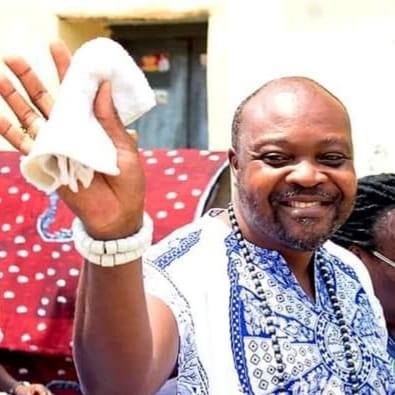 On the occasion of the visit to France by Davis Mac-Iyalla, executive director of Interfaith Diversity Network of West Africa (IDNOWA), and Daniel, an intersex activist, journalist/activist/researcher Moïse Manoël-Florisse interviewed them for Erasing 76 Crimes about the LGBTphobic bill currently awaiting parliamentary action in Ghana.

Davis, why are you in France?

I came with Daniel, an intersex activist, at the invitation of [the Paris-based LGBTQ rights advocacy group] Inter-LGBT and with the support of Solidarité Internationale LGBTQI (SIL) in order to alert French public opinion about the violations of the rights of LGBTI people that are currently on the rise in Ghana.

Our goal is to create an international solidarity movement across language barriers in the face of a controversial bill currently being debated in the Ghanaian parliament in Accra.

The bill would impose prison sentences of up to 10 years for the mere fact that [LGBTI people] exist, because we have a different love orientation than the majority or because we have a gender identity that does not correspond to the one that society wants us to have.

There is a real risk that the existence of LGBTI people will be permanently outlawed if this bill is passed, even in a watered down form.

This bill, which has been in the news since July, is called the “Promotion of Proper Human Sexual Rights and Ghanaian Family Values Bill”. 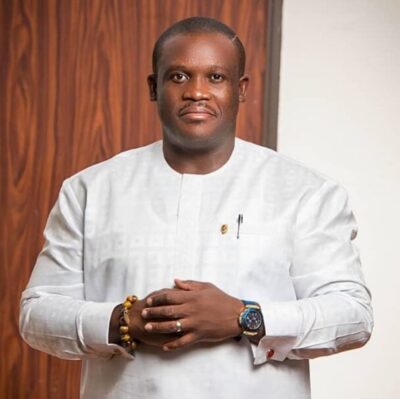 It is proposed by a Ghanaian MP by the name of Sam George. He is affiliated with the National Democratic Congress, an opposition political party.

Davis, what is the situation in Ghana right now?

This renewed homophobia follows the [temporary] opening of an LGBTI social center on Jan. 31, managed by the organization LGBT+ Rights Ghana. Unfortunately, the opening ceremonies were brutally dispersed by the authorities as religious leaders threatened to set fire to the premises. Since then, their premises have been raided and the organization had to close down.

On May 20, three days after the International Day Against Homophobia, Biphobia and Transphobia (IDAHOBIT), 21 human rights defenders were arrested in the city of Ho, in southeast Ghana. Their only crime was to attend a training to better identify and report cases of abuse against LGBTI people. Those people have since been released.

With the criminalization of sodomy, LGBTI people in Ghana are frequently subjected to racketeering and extortion by corrupt and poorly paid police officers. But since the announcement of the new bill introduced by Sam Georges, the situation has worsened. Homophobes now feel empowered to physically attack LGBTI people. Religious leaders, for the most part, support the bill, whether it be Catholics or Methodists. In this context LGBTI people are keeping a low profile and community- based support and prevention activities have ceased. 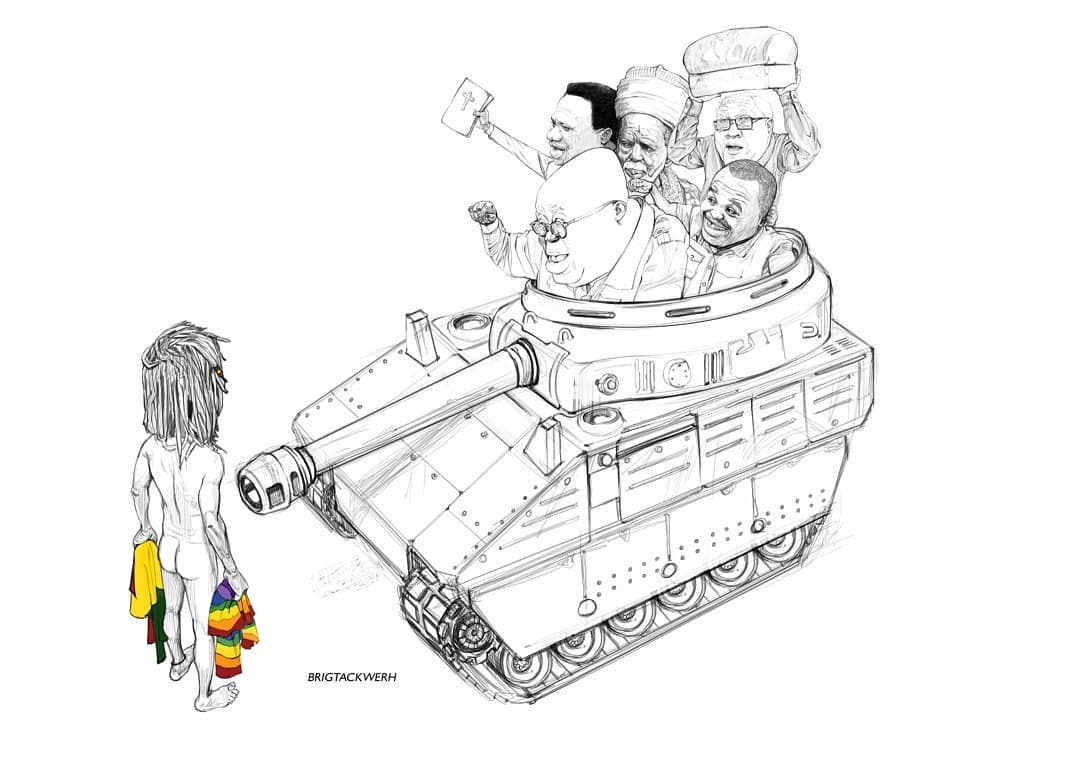 Davis, in this context, what is the reason for this new controversial bill?

Two factors contribute to the current context: a growing visibility of LGBTI issues in recent years, including in international popular culture, and, on the other hand, an uninspired opposition in Ghana that is ready to use any means to make news. Thus, homosexuality serves as a political and social diversion that is easy to exploit, while conferring high popularity and media exposure at little cost. It is also a way to secure the support of the churches and their faithful.

On top of this, there is the harmful action of the American Christian fundamentalists of the World Congress of Families. They promote an international LGBTphobic agenda, notably in Uganda and Poland. In Ghana, their financial resources have allowed them to enter the public debate, breaking through partisan political barriers. I deplore that.

Daniel, what exactly does this bill say?

It’s a complex, broad bill that would impose unprecedented restrictions on freedom.

It would impose prison sentences of 5 to 10 years for any researcher studying LGBTI issues. For example, under the proposal, renowned Ghanaian researchers such as Professors Amenga-Etego and Oduyoye would be incarcerated.

Another example is that under this bill, if passed, as an intersex person I would have to undergo surgery to choose my biological sex in order not to end up in prison.

Regarding conversion therapies, the bill explicitly encourages them. For example, if a lesbian were to agree to undergo this type of pseudo-therapy, she would be free. Otherwise she could be held in detention.

And that list is not exhaustive. This bill opens the door to the worst abuses.

Davis, what is your organization (IDNOWA) doing on the ground to support LGBTI people?

I am a public figure in Ghana. I have a traditional royal title and I am an ecumenical pastor. So I can say that my voice carries weight and I use it on television, as well as in the media where I write articles.

For example, we have written a memorandum to the Ghanaian parliament regarding the bill of Mr. Sam George and we continue to advocate relentlessly.

Fortunately, we have the support of the Ghanaian diaspora around the world and celebrities of Ghanaian origin who are watching what is happening in the land of their parents, like Idris Elba, who called on the President of the Republic, along with 66 other co-signatories.

[Their letter urged Ghanaian President “Nana Akufo-Addo and political/cultural leaders to reach out and engage in a meaningful and purposeful dialogue with the LGBTQIA+ community leaders to create a pathway for allyship, protection and support. We petition for inclusivity which will make the nation even greater and even stronger.”]