The LGBTQ community in the southern African nation of Namibia recently held its biggest-ever Pride celebration, which included appeals for the repeal of the country’s unenforced law prohibiting same-sex intimacy. 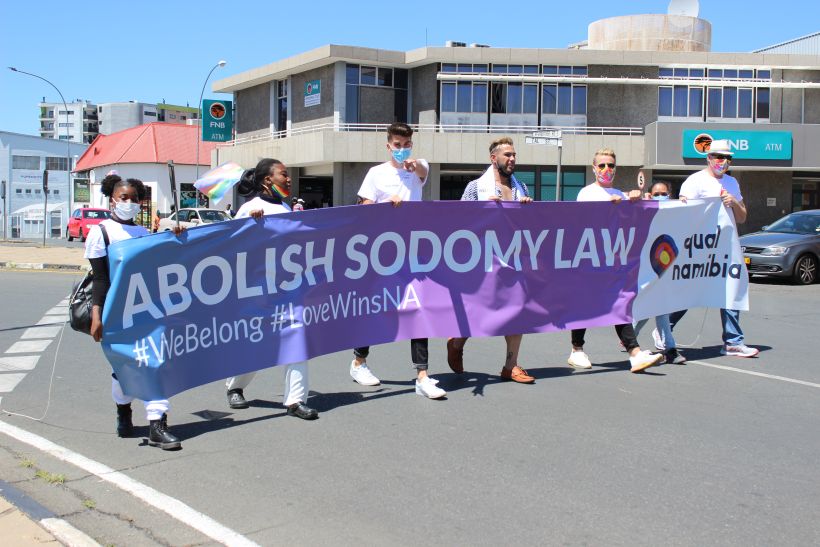 Namibia Pride called for the repeal of the country’s ban on consensual “sodomy”. (Carl Modler photo courtesy of Out & Proud Namibia / Mamba Online)

These are excerpts from the account of the celebration in Mamba Online:

The recent week-long Namibia Pride was the country’s biggest ever Pride celebration, featuring a colourful and defiant Pride Parade through the capital Windhoek.

Organised by the Namibia Equal Rights Movement, the commemorations included events such as a feminist festival, sunset yoga in the park, a quiz night, a film screening, an exhibition and a drag night.

On Saturday, the Windhoek Pride Parade wound its way through the city with a band, floats, dancers and a vibrant group of marchers who called for equality and the repeal of the country’s ban on consensual “sodomy”.

The procession stopped at the Independence Memorial and the offices of the Ministry of Home Affairs, Immigration, Safety and Security.

Dubbed the “Ministry of Homophobic Affairs,” it has been taken to court for its refusal to acknowledge the rights of same-sex families, specifically those of Namibian Phillip Lühl and his Mexican husband, Guillermo Delgado.

The couple, who were married in South Africa, recently won a High Court case in which the court confirmed that their young son Yona is entitled to Namibian citizenship. Sadly, the ministry is appealing the landmark decision.

The family were among those who took part in the celebrations, alongside former Mr Gay World 2021, Louw Breytenbach from South Africa, who was the parade’s Grand Marshal. 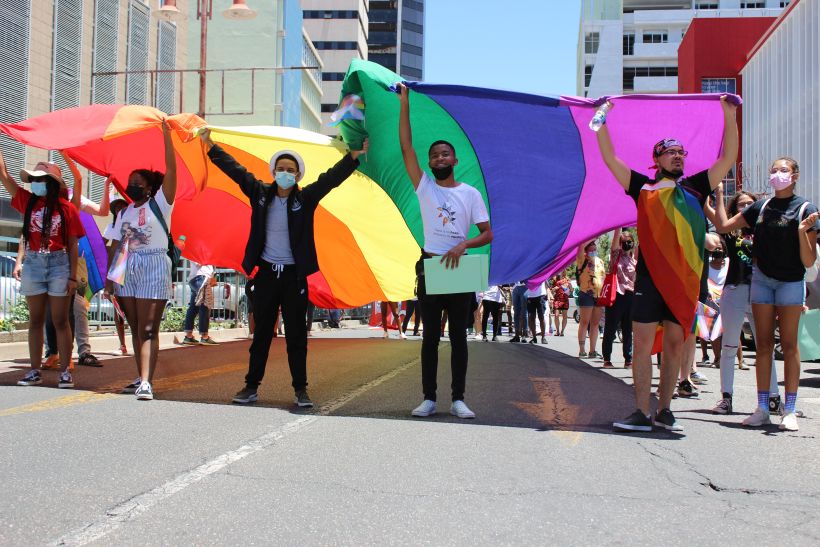 Mohrmann added: “Equality is important because we cannot claim to be a modern 21st century nation yet leave certain members of Namibian society outside, just because of whom they love or how they express their identity.”

Chris De Villiers, Chairperson of Out and Proud Namibia, commented that this year’s event had a more meaningful feel than the previous editions. “The accelerating pace of change in acceptance of LGBTQ+ people in Namibia is astonishing and those politicians trying to hang on to the old ideals will be left in the cold,” he said.

De Villiers asserted that “it is impossible to ignore the cry of this marginalised community. Namibia can no longer treat us like the runt in the litter. No longer are we silent and you can bet on the fact that we will be visible.”

Earlier, Breytenbach, along with South African activist and entrepreneur Tony McPherson and the Namibia Equal Rights Movement, met with the country’s Law Reform Commission at the Ministry of Justice to lobby for the repeal of the sodomy law and other legislation that impacts LGBTQIA+ Namibians. …