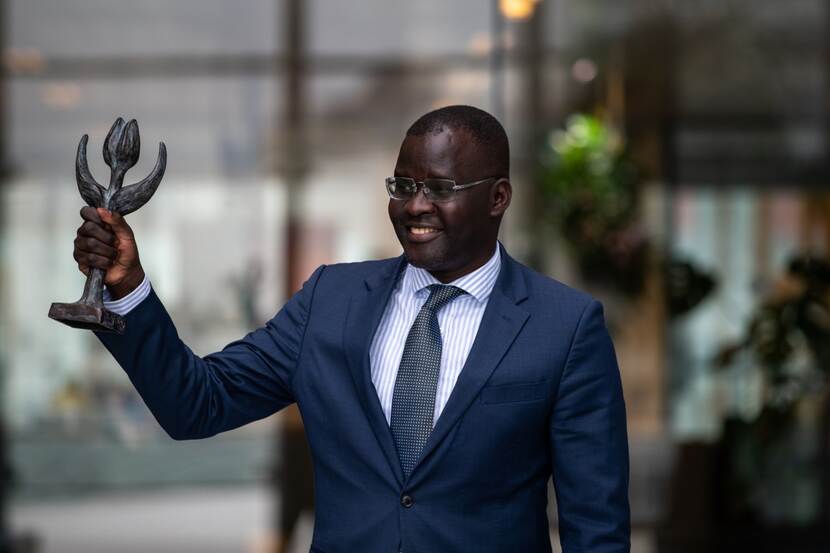 Opiyo is the executive director of Chapter Four Uganda, an NGO dedicated to the protection of civil liberties and promotion of human rights for all, without discrimination based on ethnic, religious, sexual orientation, or any other group identity. He has played an important role in criminalising torture in Uganda and has also successfully campaigned against a Ugandan anti-gay law.

“When you are filled with belief and hope, and diligently work hard at it, a door opens. Never mind when one closes, walk to the next one. HOPE. BELIEVE. HARD-WORK,” Opiyo tweeted after winning the award.

The Human Rights Tulip Award is a prize given annually by the Dutch Ministry of Foreign Affairs to human rights defenders or human rights organizations to support them in the important work they do. The winner receives €100,000 and a bronze sculpture of a tulip, a national symbol of the Netherlands. Winners can use the international visibility they gain from this recognition and the prize money to help them continue and expand the scope of their human rights work.

Dutch foreign minister Ben Knapen said in a statement that human rights defenders are “key workers” and lauded Opiyo for his advocacy to prevent the enactment of a harsh anti-LGBT law in Uganda this year.

“Thanks to Nicholas that law was not enacted. His work has made the LGBTI community in Uganda feel stronger, in the knowledge that they have allies who support them,” Knapen says. “I see human rights defenders as key workers. They help to protect our basic rights and help us move forward.”

Human rights advocacy continues to be dangerous in Uganda, where numerous NGOs have reported break-ins and threats. In March 2021, the Chapter Four Uganda office in Kampala was broken into overnight, and one of its computers was stolen. Chapter Four has noted that more than 40 NGOs have reported break-ins in recent years, with cases largely unresolved.

According to the statement from the Dutch Ministry of Foreign Affairs, Opiyo has been repeatedly threatened, spied on, and persecuted for his work protecting Uganda’s most vulnerable, but he always persisted with his advocacy. In December 2020, he was arrested and detained in the run-up to national elections. While imprisoned, he gave other prisoners legal advice and managed to secure the release of 68 people. 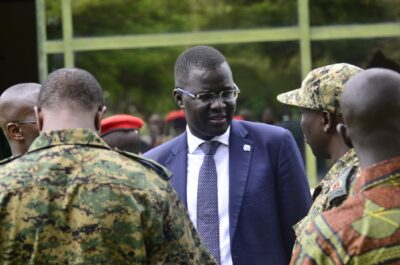